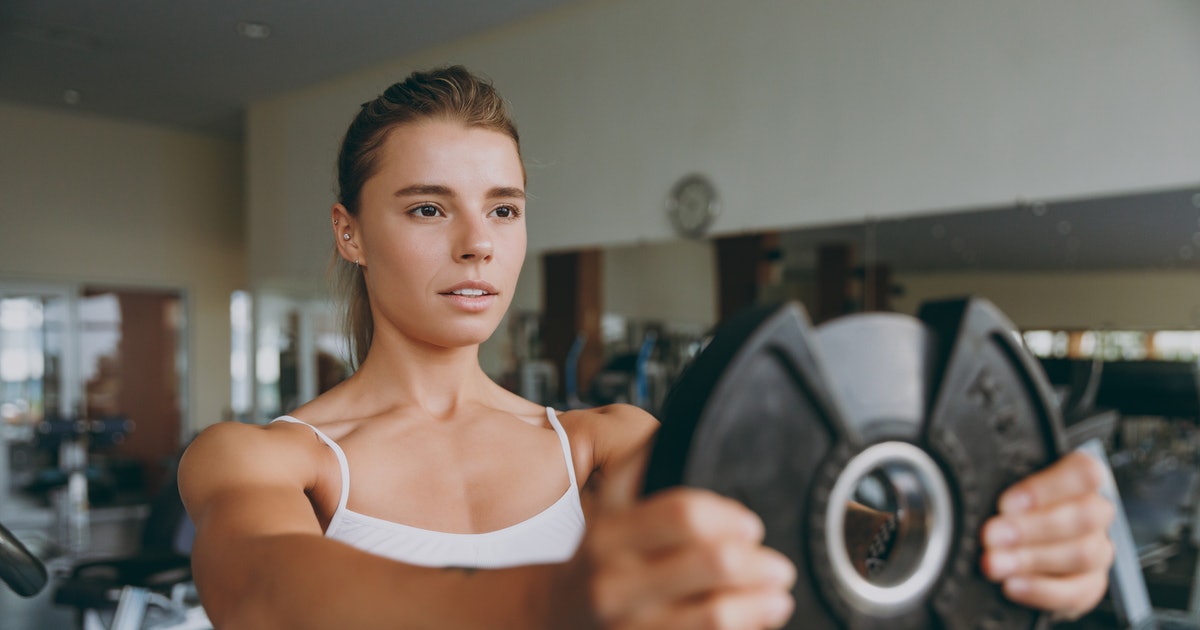 Is lifting weights good for runners? Yes, if you do it right

Eliud Kipchoge, the elite runner who broke the elusive 2 hour marathon barrier in 2019, strength trains — that’s on top of the enormous number of miles he runs each week. The reason? It’s really important.

The 36-year-old Olympic gold medalist strength trains twice a week as a regular part of his training. But what about runners who aren’t the best in the world? Well we know sprint training translates to stronger lifts, so what about the other way around? Can runners turn in faster times and cut down on injury if they train with weights?

The answer is a resounding yes. Laura Norris, a running coach who specializes in strengthening runners, says that resistance work can translate into faster race times and better overall form. Here’s the best way to lift as a runner.

Why lifting weights as a runner is so important

Working out with heavy weights creates stronger muscles that can withstand more loading and generate more force when running.

“Stronger legs,” says Norris, “means more forces being outputted in the working muscles used for running, particularly the glutes, the quads, and the calf muscles.”

In other words, stronger muscles provide more bang for your buck with each stride: They push off the ground harder and create faster strides. “The more force you can output,” says Norris, “the faster you run with less energy demands… your running economy is better.”

Strength training also helps runners tire out more slowly, which is key if you’ll be running longer distances such as the marathon. Running economy — a Kipchoge-like ability to appear to run effortlessly — is related to the amount of force generated with each stride. The easier it is to create force — to push off the ground as hard as possible, correctly — the less oxygen a runner uses, and the better their running economy. Stronger muscles can “withstand a lot of biomechanical loading,” says Norris, and will last longer on a run, and move more efficiently. Runners with stronger legs and upper body muscles will get less winded and will be able to maintain their gait over longer periods of time.

Lastly, strength training strengthens the neurons between the brain and the muscles used on a run. Communication becomes smoother, faster and more fluid — the brain can tell the muscles what to do a little faster. The stronger the mind-muscle connection is, the more “coordinated communication between a runner’s brain and muscles,” will be, says Norris, “which means a smoother and more coordinated stride.”

How to strength train when you are a runner

So, runners should definitely be lifting. But how exactly? And which exercises are best?

Norris prescribes full body workouts, specifically routines that feature leg work, push and pull movements, and hinges and carries. These movements hit the primary functional movements that carry over to running as well as to regular life.

Because runners often lift to shave time on runs — as opposed to winning a powerlifting competition — their workouts will differ from standard strength-based routines. They’ll still get stronger and healthier, but their training will complement their work on the track.

Norris recommends lifts be kept at the 70 to 80 percent intensity. That could mean three sets of 8 to 10 reps, or even 5 to 6, with a couple reps in relief (RIR) for each set, meaning you still have a couple lifts left in you after the weight is put down. In other words, don’t empty the tank, according to Norris. Working “very hard, but not to failure” she says helps muscle fibers grow in size and get stronger, and improves force output and overall strength.

A good 16-week program is available here, and Norris’ own suggestion of programs — many bodyweight based — also work well. Regular programming caveats apply: Hiring a trainer, or consulting with one, is money well spent.

Will you get insanely jacked?

Runners and other endurance athletes might worry strength training will add unwanted bulk to their frames. But they shouldn’t worry, since the gains from a lifting regimen (and proper diet) tend to be canceled out by endurance work — a phenomenon known as the “interference effect.” Simply put, long runs or cardio work interfere with hypertrophy at the molecular level. Runners who lift heavy will see their muscles get stronger and their muscle fibers get bigger, but “molecular level events essentially keep your muscles from getting too large,” says Norris. “They’re still going to stay geared towards endurance,” and will remain “relatively small” overall. So runners who weight train will look more or less the same, but will be secretly stronger.

How to fit weight training into your running schedule

So, when exactly should a runner schedule their weight training sessions? For Norris, strength training should work around an athlete’s run schedule. Most importantly, runners should make sure strength work isn’t programmed ahead of long or difficult runs.

Norris recommends two to three strength training sessions a week, and recommends that runners who can only lift once a week should focus on the functional movements — “a squat, hinge, a push, a pull and a carry, and some core work.”

Lift days especially shouldn’t precede interval training — taxing runs in which fast and slow tempos are alternated. Squatting heavy the day before, or right before intervals could ruin or diminish the quality of those workouts: A runner’s legs will be too tired to run right.

Runners should also avoid lifting on rest days, since lifting is as much of a workout as running is. Norris emphasizes that “just because it’s not running doesn’t mean it’s rest.” She says strength training should be done after a run — if the run is in the morning, lift afterwards, or later that day. If that day’s run is an easy one, lifting either before or after should be fine, so long as an interval run isn’t scheduled for the following day. The main goal for timing strength training sessions is to ensure runners go into long or hard runs with fresh legs, and that rest days stay that way.

Should you change your diet?

Should runners who weight train completely overhaul their diets, and eat like powerlifters? Not entirely. In fact, runners and lifters should be eating similarly, at least as far as protein goes.

Norris cites the International Society of Sports Nutrition’s recommendation that endurance athletes consume between 1.4 and 1.8 grams of protein per kilo of bodyweight a day. That translates to a bit under 1 gram per pound, which is the magic number lifters hew to when maintaining or gaining. To be sure, macros and calories may vary once a runner starts lifting. But runners can stick to their diets to start — assuming they’re good to begin with — and focus on getting enough protein, especially on lift days.

Ultimately, runners train differently compared to lifters. For them, the gym is less a place for PRs and more a stop on the road that gets them where they’re going. In many ways, runners who lift are freed from many of the constraints that define people who competitively strength train: There’s no expectation to set a personal best under the bar by a certain time (though one certainly can). They’re just there to get stronger. Lifting can do that. Even if it’s just a means to an end, it’s an important one.

Eliud Kipchoge, the elite runner who broke the elusive 2 hour marathon barrier in 2019, strength trains — that’s on top of the enormous number of miles he runs each week. The reason? It’s really important. The 36-year-old Olympic gold medalist strength trains twice a week as a regular part of his training. But what…

Eliud Kipchoge, the elite runner who broke the elusive 2 hour marathon barrier in 2019, strength trains — that’s on top of the enormous number of miles he runs each week. The reason? It’s really important. The 36-year-old Olympic gold medalist strength trains twice a week as a regular part of his training. But what…

How China could lose the political Olympics