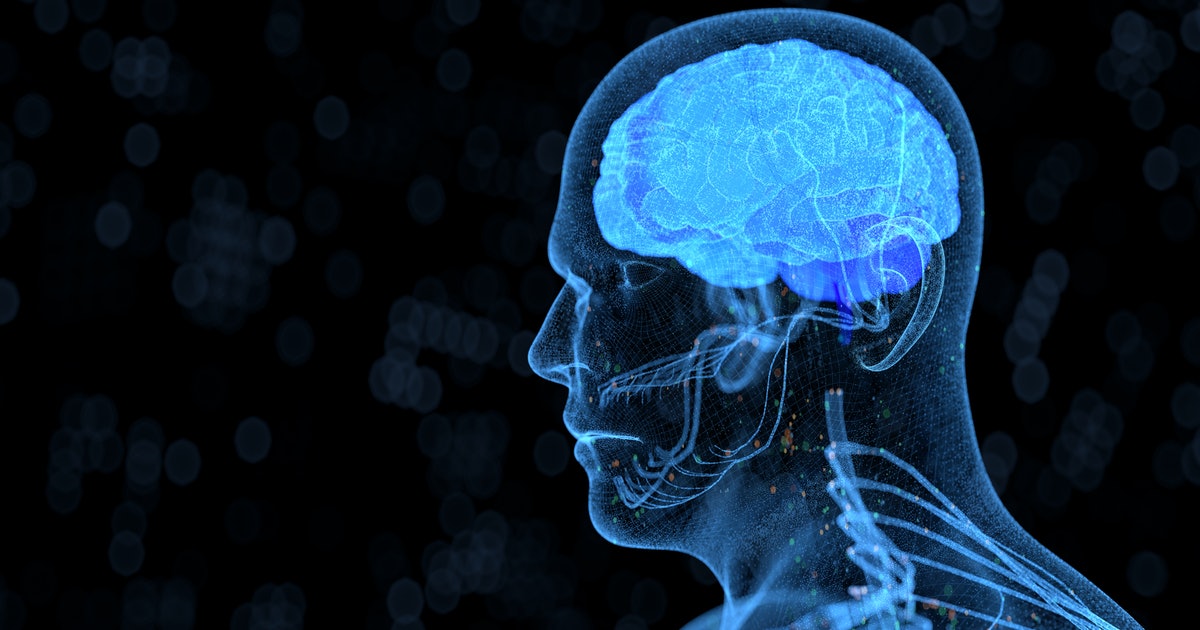 “Testosterone” is synonymous in our culture with masculinity taken to farcical extremes, whether that’s bodybuilders jacked up on steroids or male pattern baldness. But in truth, testosterone typically plays a less extreme, still powerful role in men’s health — the hormone influences sexual drive, muscle size, sperm production, mood, and bone growth. It could even play a role in brain health.

The discovery — According to a recent study analyzing nearly 160,000 middle-aged men, testosterone levels can govern individuals’ risk of developing a deadly brain condition: dementia. In the study, men with lower testosterone levels had a higher risk of developing dementia and Alzheimer’s disease, compared to men with mid-range or higher testosterone levels. Dementia is the loss of cognitive functioning — thinking, remembering, and reasoning — to such an extent that it interferes with a person’s daily life and activities. The most common cause of dementia is Alzheimer’s disease.

This study was observational, so scientists still can’t point to the cause and effect between testosterone levels and dementia. The team’s findings were published on January 3, 2022, in the journal Alzheimer’s and Dementia.

Why it matters — Atypical testosterone levels aren’t likely to make you fly into a rage or get yoked overnight. But they may be a biomarker that could help predict a person’s risk of developing dementia or Alzheimer’s. Luckily, the scientists behind this study say simple daily lifestyle changes can protect brain health and keep testosterone levels in check.

“In middle-aged to older men, lower testosterone levels may be a marker for underlying medical conditions and for future health risks,” Bu Yeap, study co-author and researcher at the University of Western Australia, tells Inverse. “If we identify biomarkers for dementia, we may be able to develop better preventive strategies, which could reduce the burden of disease,” Yeap explains. The study also hints at a potential way forward, however. Essentially, treating your body and brain’s health as intertwined may help reduce your risk of developing age-related conditions, like dementia — ”a holistic approach to men’s health.” Yeap says.

Here’s the background — Dementia is one of the most dreaded diseases afflicting humanity. The neurodegenerative condition robs people of their memories, causes brain dysfunction, disrupts regular daily activities, and can ultimately lead to end of life. There is no cure.

Dementia is incredibly common and especially tricky to treat. It’s estimated that one in three seniors (both male and female) dies with Alzheimer’s or another form of dementia. More people pass away from dementia each year than breast cancer and prostate cancer combined.

Exactly why and when certain people develop dementia remains a mystery. Known risk factors for dementia — including behavioral, sociodemographic, and medical factors — can account for only 40 percent of dementia cases.

To fill this gap in understanding, scientists have been hunting for other contributing factors that might influence that disease — including hormones.

As men age, their testosterone levels gradually wane — typically because they move less and they develop other medical conditions influencing hormone production that are all part of the aging process. After age 30, men’s testosterone levels typically decline by about one percent each year.

The hypothesis — Older data had suggested men with lower testosterone levels may be at greater risk for developing dementia, Yeap says, but other studies had “inconsistent findings.” To get a clearer picture, Yeap’s team used the U.K. Biobank, a massive biomedical database containing in-depth genetic and health information from half a million participants from the United Kingdom.

Yeap and his team gathered data from 159,411 men with an average age of 61. They then tracked the group for seven years, during which 826 of the men developed dementia. Of these, 288 had Alzheimer’s disease.

What’s next — Based on the data, Yeap says it is “possible” a lack of testosterone influences the development of dementia, but the team can’t yet prove cause and effect.

If further evidence emerges supporting testosterone’s pivotal role in the development of dementia, hormone therapy could mitigate the relationship and offer a new treatment strategy for this intractable condition.

“We need large clinical trials to test whether hormonal interventions would help reduce dementia risk,” Yeap says. “At present, this is unproven. The risks, as well as possible benefits of such interventions, need to be carefully considered.”

For now, there are things men can do to naturally boost testosterone production that are also just good for the body and the brain as a whole: Staying mentally and physically active, decreasing excess fat deposits, and increasing muscle mass through resistance exercise, for example.

“We know that some lifestyle behaviors are good for health generally, and may also help preserve testosterone levels as men grow older,” Yeap says. “We can encourage men to take greater interest in their health, engage in healthy lifestyle behaviors, and seek medical attention as appropriate.”

Introduction: The association of testosterone concentrations with dementia risk remains uncertain. We examined associations of serum testosterone and hormone–binding globulin (SHBG) with incidence of dementia and Alzheimer’s disease.

Methods: Serum total testosterone and SHBG were measured by immunoassay. The incidence of dementia and Alzheimer’s disease (AD) was recorded. Cox proportional hazards regression was adjusted for age and other variables.

“Testosterone” is synonymous in our culture with masculinity taken to farcical extremes, whether that’s bodybuilders jacked up on steroids or male pattern baldness. But in truth, testosterone typically plays a less extreme, still powerful role in men’s health — the hormone influences sexual drive, muscle size, sperm production, mood, and bone growth. It could even…

“Testosterone” is synonymous in our culture with masculinity taken to farcical extremes, whether that’s bodybuilders jacked up on steroids or male pattern baldness. But in truth, testosterone typically plays a less extreme, still powerful role in men’s health — the hormone influences sexual drive, muscle size, sperm production, mood, and bone growth. It could even…