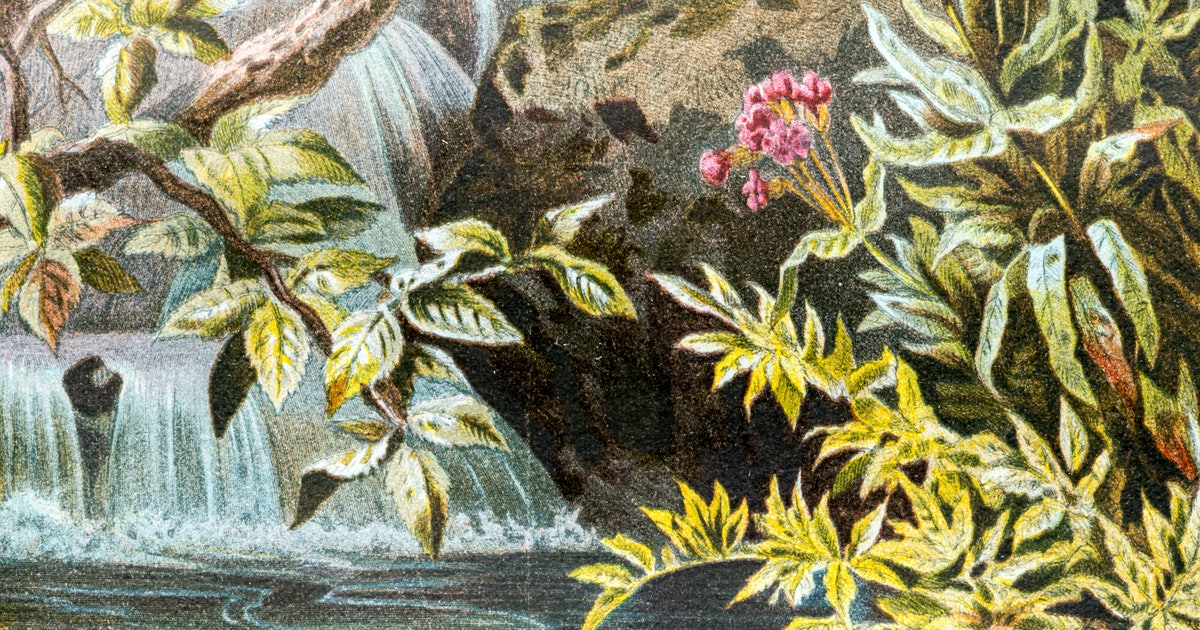 The world has fewer than 300 chalk streams — and England has most of them. These streams occur only where chalk bedrock meets the Earth’s surface, making them globally rare.

Their stable, cool, nutrient-rich waters allow chalk streams to support an exceptionally high number of species — so much so that these habitats are sometimes described as “England’s rainforests.”

Sadly, although some teem with life, the health of England’s chalk streams is threatened by a wide range of human activities. As a result, many of the country’s — and thus the world’s — chalk streams are not reaching their ecological potential.

In their flowing reaches, wild trout and grayling can patrol oxygen-rich riffles and pools, hunting for the aquatic juveniles of mayflies and other insects. Kingfishers loom on branches above, occasionally diving beneath the surface in blue-and-orange bolts to snatch unsuspecting minnows.

Elusive mammals, including otters and water voles, sometimes swim alongside lush beds of submerged plants, such as water crowfoot, whose flowers are held expectantly above the water’s surface, attracting bees and other pollinating insects in summer.

In their headwaters, these streams can naturally disappear during the summer, leaving their channels dry.

Our research has shown that dry channels are often bustling with land-based insects, including some species which are nationally rare. Their waters reappear in winter, and so the streams are known locally as winterbournes. As these streams naturally shift between wet and dry conditions, they allow aquatic and terrestrial species to share one habitat at different times.

Specialists including the winterbourne stonefly are rarely found in perennial streams but are common in winterbourne chalk streams. Their different life stages are carefully timed to coincide with the stream’s fluctuations between wet and dry. Juvenile insects develop in water then emerge as flying adults before the dry phase starts.

Beneath the chalk stream itself, in the cold darkness of the underlying aquifers, blind, colorless crustaceans live hidden away, quietly contributing to the ecosystem’s biodiversity.

Their subterranean lifestyle has enabled these ancient Britons to survive for tens of millions of years through successive periods of glaciation that have caused the extinction of other freshwater animals.

Chalk streams: Why they’re so special

What makes chalk streams so special? It all begins beneath our feet. Rainwater drains deep into the chalk landscape of southern and eastern England, forming underground aquifers.

Filtered by the chalk, the groundwater springs forth in gin-clear, nutrient-rich streams which support photosynthetic plants and microorganisms — the fuel for food webs that feed everything from grazing insects to predatory fish, birds, and mammals.

Chalk streams benefit people, too. To catch a wild brown trout from an English chalk stream is the dream of many a discerning fly fisher. In addition, your physical and mental wellbeing can be enhanced simply by spending time near rivers and streams.

Winterbourne chalk streams are special. Our research reveals the deep emotional connection that people can have with these unique environments. Some report experiencing changes in their mood, shifting from sadness to hope and joy, which align with the stream’s seasonal transitions between dry and wet phases.

Chalk streams: The threat from pollution

Many chalk aquifers — the source of chalk streams — are sadly polluted by nitrogen and phosphorus from fertilizers spread on farmland. The seemingly clear waters of chalk streams are often tainted with invisible contaminants as a result.

As they flow downstream, water running off urban and rural areas adds other pollutants, including fine sediments and pesticides. Sewage also affects the quality of water in many chalk streams.

The natural courses taken by many, perhaps even most, chalk streams in England have been straightened and rerouted to make space for agricultural, urban, and industrial land uses. Many are dwindling to a trickle as water companies take water from both streams and the aquifers beneath them.

These effects add up and are compounded by climate change. As a result, the Environment Agency reports that not one of England’s rivers — chalk or otherwise — is in good overall health.

A strategy for restoring England’s chalk streams was published in October 2021. Welcomed by the Environment Agency and Natural England, it recommends granting chalk streams new statutory protection that reflects their globally unique value to ecology and culture. Radical action is needed to better protect our chalk streams and ensure these ecosystems remain worthy of their iconic status.

This article was originally published on The Conversation by Rachel Stubbington and Kieran J. Gething at Nottingham Trent University, and Tim Sykes at the University of Southampton. Read the original article here.

The world has fewer than 300 chalk streams — and England has most of them. These streams occur only where chalk bedrock meets the Earth’s surface, making them globally rare. Their stable, cool, nutrient-rich waters allow chalk streams to support an exceptionally high number of species — so much so that these habitats are sometimes…

The world has fewer than 300 chalk streams — and England has most of them. These streams occur only where chalk bedrock meets the Earth’s surface, making them globally rare. Their stable, cool, nutrient-rich waters allow chalk streams to support an exceptionally high number of species — so much so that these habitats are sometimes…

Scientists unravel an intriguing link between meditation and immunity