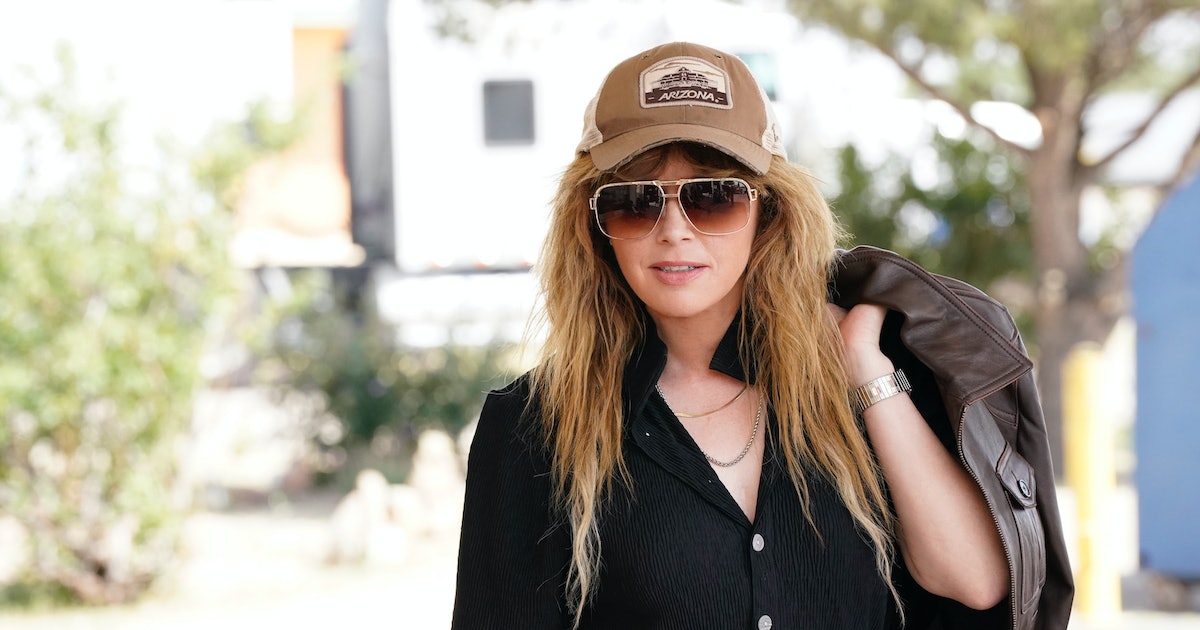 Rian Johnson remakes the detective show for the superhero era

It’s the prevailing sentiment when we take stock of our glut of superhero movies, sequels, and reboots: they don’t make ‘em like they used to.

That’s especially true of old-fashioned throwbacks like the murder mystery. They’re too creaky, or too slow, or too predictable, so Hollywood has to throw in a gritty backstory or a grotesque gothic spin to ensure they can compete alongside the caped crusaders. But as Rian Johnson has proven with his Agatha Christie-inspired Knives Out movies, you can still make ‘em like they used to — if you add a few fresh tweaks.

Poker Face, Johnson’s new Peacock mystery series starring Natasha Lyonne, is the final form of the formula he perfected in Knives Out and Glass Onion. Except instead of the Christie-style whodunit, Johnson, who created the series and directed the first two episodes, takes his particular brand of hyperrealism to the Columbo “howcatchem” mystery.

Popularized by the ‘70s mystery series starring Peter Falk as the canny Lieutenant Columbo, the howcatchem is the opposite of the whodunit: the audience knows who the murderer is from the getgo, and the suspense is in how our detective — usually introduced midway through the story — can catch the culprit. Columbo turned this formula into TV gold, running for 10 seasons and making a heartthrob (at least to an enlightened few) out of Peter Falk.

How do you improve upon a TV classic? Poker Face’s solution: Make Columbo a superhero. Our Columbo, in this case, is Charlie Cale (Lyonne), the world’s worst cocktail waitress. But what she lacks in customer service skills she makes up for with an ultra-cool smoker’s rasp, a deep empathy for the underdog, and the ability to tell when anyone is lying. It’s not a superpower per se — Charlie admits that she’s very skilled at reading people — but it’s one of two things that elevate Poker Face above a tired Columbo rehash. The other is an ingenious riff on the late-stage detective entrance; instead of being called to the scene after the crime is committed, Charlie is revealed to be part of events from the beginning, in a mid-act flashback twist that Johnson pulls straight from Glass Onion.

Lyonne is endlessly watchable — so casual in her coolness, so endearing in Charlie’s confusion at running into this many murders.

But where Columbo pitted the working-class man against the wealthy, Poker Face pits Lyonne’s drifter against the scum of gas-station America. Charlie, who’d been lying low as a casino waitress after the owner discovered her raking in millions with her special skill, is forced to go on the run after she exposes her boss’ greedy son (Adrien Brody) and his henchman (Benjamin Bratt) for the murder of her best friend (Dascha Polanco). Each episode tackles a new mystery that Charlie, apparently a magnet for intricately planned murders, encounters on the road — a framed trucker, a metal band looking for their big break, a barbecue partnership gone wrong.

Poker Face is deeply Rian Johnson in all his self-aware, heightened glory (the man never met a whip pan he didn’t love), but it’s also a hugely satisfying love letter to Columbo and classic murder mystery shows that came before. Each episode feels like a fresh take on a Columbo story, but is treated with both Johnson’s penchant for wry, plugged-in comedy (TikTok jokes!) and his love of cinematic tradition (split diopters!) that helps the show toe the line between timeless and timely. And as eyeroll-worthy as the elevator pitch of “Columbo for the superhero era” sounds, it works.

The reason why isn’t hard to understand. Poker Face has a lot going for it: the comprehensive creative vision of Johnson and Lyonne, who also executive produces; the star-studded cast that includes the likes of Chloë Sevigny and Hong Chau; and the absolute, confident style of every single frame that feels like a new-age take on throwback techniques.

The two first episodes (Inverse received six of the show’s 10) directed by Johnson are the most visually dynamic, but other directors, including Iain B. MacDonald, Tiffany Johnson, Janicza Bravo, and Lyonne herself, are more than competent at taking the baton. A few of the episodes’ scripts falter in their third acts, but Poker Face has one more ace up its sleeve to carry the show through its slumps: Natasha Lyonne.

Lyonne is endlessly watchable — so casual in her coolness, so endearing in Charlie’s confusion at running into this many murders. It’s like she’s one stumble away from a pratfall, but catches herself just in time, a finger on her temple and a cigarette dangling from her mouth as she exposes her culprit in the act. Her haphazard techniques keep the viewer on their toes and the show from being predictable; it almost seems like a miracle that our dirtbag detective solves the mystery at the end.

Poker Face is such a gratifying watch because it’s a perfect marriage of old and new. The cozy predictability of the murder mystery is counterbalanced by the show’s edgy contemporary irreverence, which is equally offset by Lyonne and Johnson’s genuine respect for the genre. Any time there’s the threat of the show becoming too “nudge, nudge, wink, wink,” Poker Face pulls back and takes things seriously. It’s refreshingly earnest and exceedingly well-made, which feels like an increasing rarity today.

They may not make ‘em all like they used to, but Poker Face is proof that you still can.

Poker Face premieres on Peacock January 26 with four episodes, followed by a new episode each Thursday.

It’s the prevailing sentiment when we take stock of our glut of superhero movies, sequels, and reboots: they don’t make ‘em like they used to. That’s especially true of old-fashioned throwbacks like the murder mystery. They’re too creaky, or too slow, or too predictable, so Hollywood has to throw in a gritty backstory or a…

It’s the prevailing sentiment when we take stock of our glut of superhero movies, sequels, and reboots: they don’t make ‘em like they used to. That’s especially true of old-fashioned throwbacks like the murder mystery. They’re too creaky, or too slow, or too predictable, so Hollywood has to throw in a gritty backstory or a…