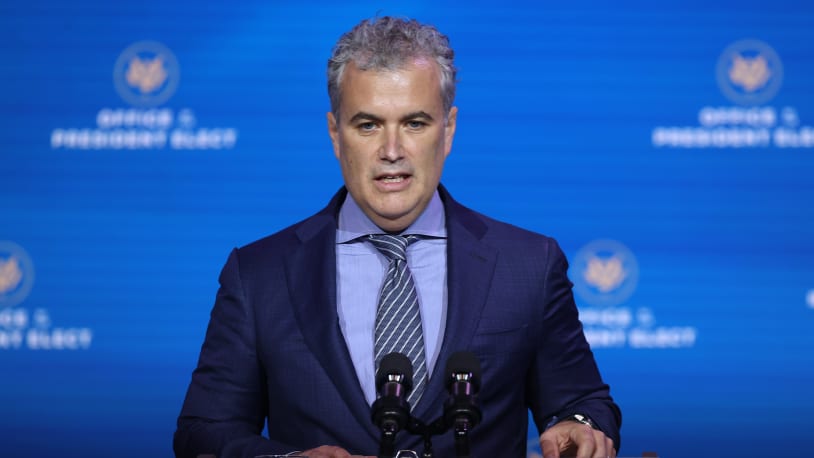 Jeff Zients: Who is Joe Biden’s new chief of staff?

With longtime White House Chief of Staff Ron Klain stepping back from the role he’s held since President Biden took office, consummate operator Jeff Zients has been tapped to replace the man described by Lincoln Project founder Rick Wilson as “a very big part of the President’s successes in the last two years” and hailed by former President Barack Obama speechwriter Jon Favreau as “one of the very best people you could ever hope to work with in government.”

From the hagiographic response to Klain’s departure, it seems clear that Zients has some fairly large shoes to fill as he steps into one of the hardest jobs in politics. So who is the man now tasked with executing the Biden administration’s agenda for the coming years?

Why is that name so familiar?

If Zients’ name sounds familiar in the context of the Biden administration, that’s because this isn’t his first time working for this White House. In fact, he spent more than a year of Biden’s term serving as president’s COVID-19 response coordinator, where he was praised as “a man of service and an expert manager” by Biden when he stepped down from the position this past March. In fact, Zients also worked as co-chair of the Biden transition team before the president was sworn in, and had previously worked in the Obama administration at the National Economic Counsel, and Office of Management and Budget, as well as being tasked with fixing the famously botched roll-out of the White House’s signature Healthcare.gov website.

Has he always worked in politics?

Far from it. In fact, Zients’ spent most of his life working in the private sector, serving in various c-suite and leadership roles at organizations like Sirius/XM Satelite radio and the Advisory Board Company, the latter of which had a successful IPO that vaulted him to the number 25 slot on Fortune’s “40 Richest Under 40” list in 2010, with an estimated net worth of nearly $150 million. He was also part of an ultimately unsuccessful bid to take ownership of the Washington Nationals baseball team, alongside venture capitalists Fred Malek and Colin Powell. In 2021, Zients owned between $1-5 million dollars just in gold bars, according to White House financial disclosure forms.

Following his initial stint in the Obama White House, Zients served on Facebook’s Board of Directors, where he served on the company’s Audit & Risk Oversight Committee, leaving after two years in 2020 due to what was reportedly part of a broader split between certain board members and company founder Mark Zuckerberg.

What’s the reaction been?

News of Zients’ appointment as Biden’s next chief of staff has already prompted sharp rebukes from some conservatives, who have seized upon his time as COVID czar. Right-wing commentator and communications advisor for Sen. Ted Cruz (R-Texas) Steve Guest and Florida GOP Chair Evan Power both focused on Zients’ 2021 comments predicting a “winter of severe illness and death” for unvaccinated people in the midst of the coronavirus pandemic.

Conversely, Zients’ appointment was met by frustration from the left over his work in the private sector, with executive branch watchdog group The Revolving Door Project blasting the decision in a press release saying: “we have long argued for a ‘corporate crackdown’ on behaviors that violate federal laws and harm the American people in order for corporations to become richer. Those are the practices that have made Zients rich. We’re deeply worried that Zients will prevent the administration from exercising power righteously on behalf of an already cynical populace.”

Does any of that really matter?

Yes and no. At the end of the day, the White House chief of staff is essentially an extension of the president’s office, tasked with translating and executing the administration’s agenda on a tactical level, much in the same way a chief operating officer would in the business world. To that end, Zients’ CV of various high-level governmental and corporate roles points to the sort of organizational capacity and skillset necessary to serve in the role. However, as the person tasked with actually making Biden’s priorities happen, there is a certain ineffable factor that no amount of corporate or political experience can provide — the job is as much about the personalities and relationships necessary to take high-level aspirations and transform then into concrete legislative and executive results. As author Chris Whipple notes in The Gatekeepers: How The White House Chiefs of Staff Define Every Presidency, “when government works, it is usually because the chief understands the fabric of power, threading the needle where policy and politics converge.”

In Zients’ case, reported management differences between him and Biden and his relative lack of current “insider” political operating networks are mitigated by what CNN describes as “deep experience inside two administrations and his reputation for technocratic skill” — a skill set potentially better suited for the actual implementation of the Biden agenda, now that the White House has cleared many of the legislative hurdles toward pushing its policy goals.”

With longtime White House Chief of Staff Ron Klain stepping back from the role he’s held since President Biden took office, consummate operator Jeff Zients has been tapped to replace the man described by Lincoln Project founder Rick Wilson as “a very big part of the President’s successes in the last two years” and hailed by…

With longtime White House Chief of Staff Ron Klain stepping back from the role he’s held since President Biden took office, consummate operator Jeff Zients has been tapped to replace the man described by Lincoln Project founder Rick Wilson as “a very big part of the President’s successes in the last two years” and hailed by…