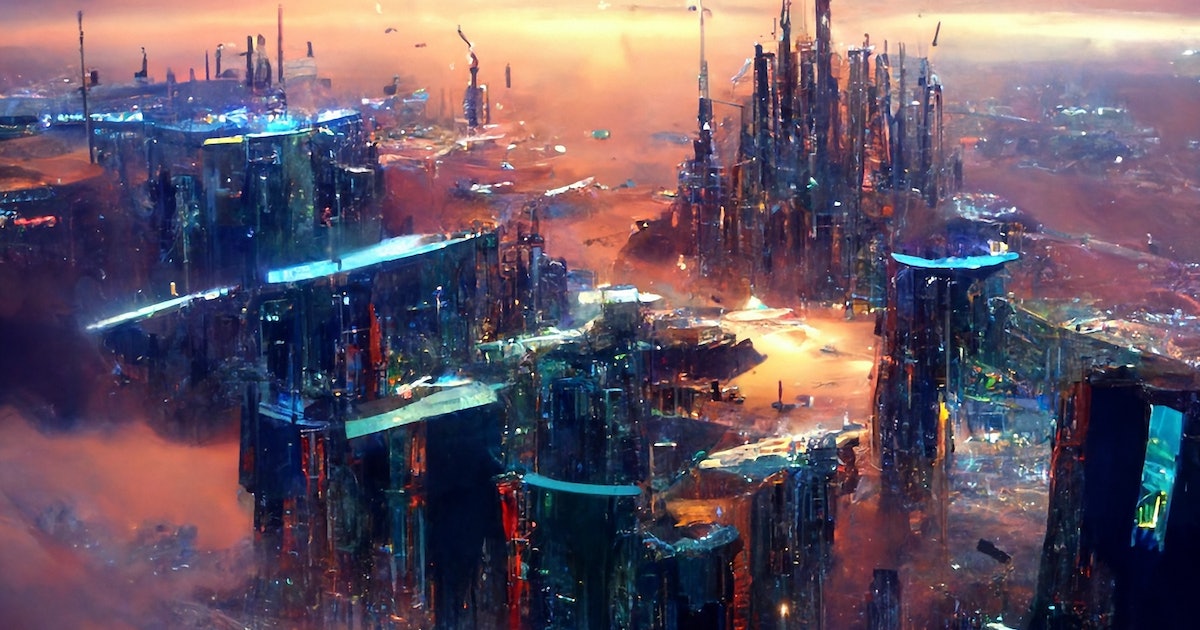 The crossroads of the past, present, and future of TV science fiction exists in the 1990s, and the name of that place is Babylon 5. Almost 30 years ago, on February 22, 1993, the pilot episode of Babylon 5, “The Gathering,” launched the most ambitious sci-fi show of all time. Today, B5 remains essential viewing for the serious science fiction fan, and a confluence of everything that came before, and after. Here’s why you can’t miss B5 before it leaves HBO Max at the end of January 2023. Mild spoilers ahead.

Babylon 5 tells the epic story of massive changes across the galaxy in the mid-23rd century, specifically from the years 2258 to 2262. (Though the series finale, “Sleeping in Light” jumps ahead a few decades.) Set primarily on the peace-keeping space station that gives the show its name, the story allowed representatives from different alien governments to interact with each other in close quarters. The scope of the series was huge, but the setting felt small and intimate. There are at least two huge interstellar wars in the show’s present, plus some time travel to one a thousand years prior. So, however small B5 feels, it’s actually huge.

(Side note: Because series creator J. Michael Straczynski had pitched B5 to Paramount before the show was picked up by Warner Bros, there are decades worth of speculation about just how much DS9 borrowed from B5. That said, none of those debates are interesting, and most of the people involved in both shows stopped picking that fight a long time ago.)

What’s striking about Babylon 5 is the amount of science fiction royalty who were involved with the making of the show. Starting with Season 2, Babylon 5 starred Bruce Boxleitner as Captain John Sheridan, famous to sci-fi fans as the title role in Tron (1982). B5 reunited Boxleitner with his Tron co-star Peter Jurasik, who played Ambassador Londo Mollari. Opposite of Jurasik was Andreas Katsulas as G’Kar, who had previously starred on Star Trek: The Next Generation as the Romulan Tomalak. (In fact, Katsulas appears in the series finales of both TNG and B5!) Future Lost star Mira Furlan appeared in all five seasons as the formidable Ambassador Delenn, who was joined by original Lost in Space legend, Bill Mumy.

Behind the scenes, the talent was equally impressive. Throughout the show, Straczynski was advised by legendary screenwriter and author Harlan Ellison (Star Trek, The Outer Limits), who was a creative consultant for all five seasons. Neil Gaiman wrote the Season 5 episode “Day of the Dead.” The first season boasted scripts from Star Trek writer Dorothy Fontana. And, famously, Gene Roddenberry’s widow Majel Barrett Roddenberry appeared in a guest role in the Season 3 episode “Point of No Return.” At the time, in 1996, Straczynski said that the guest role, Lady Morella, a kind of prophetess who arrives on the station, was created specifically for Majel Barrett, noting that she “felt that the feud between a certain party of Trek fans and B5 fans was pointless and silly and she wanted to put her money where her mouth was…it was a very nice gesture…and made some Trek fans give us a second chance.”

On top of all this, Walter Koenig (“Chekov” from Star Trek) was a recurring character in the series, playing the villainous telepathic PsiCop, Alfred Bester. This character was named in honor of the famous science fiction author, Alfred Bester, the first person to win a Hugo Award, for his thrilling telepath novel, The Demolished Man (1952).

Straczynski also layered the five-year arc of Babylon 5 with overt references to Dune, Lord of the Rings, Kurt Vonnegut, and Arthurian legends. As a science fiction series that references other science fiction, Babylon 5 stands apart. But beyond all of its credibility in the genre, what made the series so bold and important to this day was the way it embraced and pioneered serialization in a way previously never attempted. Straczynski — who cut his teeth in the ‘80s writing for He-Man and the Masters of the Universe, as well as The Real Ghostbusters cartoon — personally wrote 92 of the 110 episodes of Babylon 5. In terms of TV science fiction, this had never happened before, or since.

Straczynski pitched Babylon 5 as a “novel for television” before the trend of serialization in TV truly took hold. It’s tempting to say B5 influenced all the TV that came after it, but it’s too unique to really say that. Other serialized sci-fi (like Battlestar Galactica or Westworld) didn’t really take cues from Babylon 5, other than maybe in structure. Because of its 20th-century science fiction literary roots, B5 isn’t a show that feels timeless per se. It feels very much like a ‘90s science fiction show, but in a good way. It thrived in spite of the dominance of Star Trek in that decade, and in the face of audiences who were suspicious of a non-franchise series, complete with all-CGI special effects.

The science fiction world we live in doesn’t look like the one that Babylon 5 projected. But if more sci-fi TV series were written and crafted with this amount of care, the future of sci-fi would look so much brighter.

The crossroads of the past, present, and future of TV science fiction exists in the 1990s, and the name of that place is Babylon 5. Almost 30 years ago, on February 22, 1993, the pilot episode of Babylon 5, “The Gathering,” launched the most ambitious sci-fi show of all time. Today, B5 remains essential viewing…

The crossroads of the past, present, and future of TV science fiction exists in the 1990s, and the name of that place is Babylon 5. Almost 30 years ago, on February 22, 1993, the pilot episode of Babylon 5, “The Gathering,” launched the most ambitious sci-fi show of all time. Today, B5 remains essential viewing…