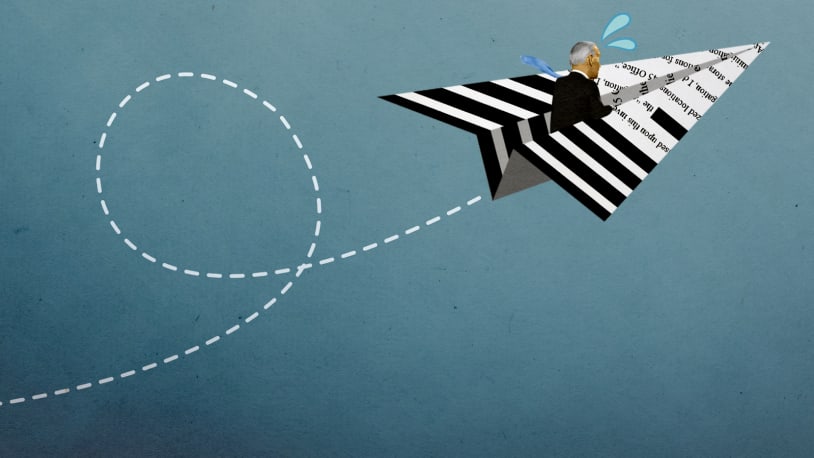 What does Biden’s documents saga mean for his 2024 re-election chances?

House Republicans have launched an investigation into the discovery of documents with classified markings at an office President Biden used after serving as vice president, and at his Wilmington, Delaware, private residence. Biden’s personal lawyers discovered the papers and handed them over to the National Archives. Rep. James Comer (R-Ky.), chair of the House Oversight Committee, sent a letter to the White House on Sunday demanding visitor logs for Biden’s home, saying in a letter to White House chief of staff Ron Klain that without a list of visitors “the American people will never know who had access to these highly sensitive documents.”

The White House deflected the request, saying the government doesn’t keep logs of who visits presidents’ private homes. Attorney General Merrick Garland has appointed a special counsel to look into Biden’s handling of the two small sets of documents. Another special counsel is investigating former President Donald Trump’s storage of classified files at his Mar-a-Lago residence in Florida, after repeated requests that he return them. Sen. Debbie Stabenow (D-Mich.) was among Biden’s fellow Democrats who have said the recent revelations were “embarrassing” for Biden, who once called Trump’s stash of classified material “just totally irresponsible.” Has Biden put Trump in the clear, and altered the outlook for a possible rematch between the political rivals in the 2024 presidential election?

Biden’s woes are a gift to Trump

There’s “one big political winner” in Biden’s classified document fiasco, says David Smith in The Guardian, and that’s Donald Trump. “Biden’s offense is seen by analysts as significantly less grave than his predecessor’s,” partly because Trump stubbornly refused to hand over his secret documents, and Biden appears not to have even known they were there. Still, “White House reporters, who have endured lean times since the wildly norm-busting Trump presidency, have seized on the day-by-day revelations like hungry lions.”

The case undeniably “dealt an unexpected blow to Biden as approval ratings were rising” and inflation, a key concern of voters, had started slowing. Republicans, experts in “whataboutism,” surely will hammer Biden over this issue, the way they harangued Hillary Clinton about her private email server in 2016. Biden has thrown “a lifeline to Trump, whose 2024 presidential election campaign made a wretched start.”

This hardly lets Trump off the hook, say Donald Ayer, Mark S. Zaid, and Dennis Aftergut in The Atlantic. There is “only the most superficial parallel” between the Biden and Trump document cases. Biden might have broken the law by “having classified documents in unsecure, nongovernmental settings,” but his mistake appears unintentional. Plus, his lawyer discovered them and promptly “returned them to the government without a request.” “The current state of facts strongly suggests that Biden’s errors are not criminal.”

“The contrast with Trump is stark.” The National Archives had to ask Trump to return his missing secret documents, in May 2021. It got 15 boxes of material in January 2022, and Trump’s lawyers signed a sworn affidavit in June saying they had handed over everything covered under a grand jury subpoena. Then a court, presented with “evidence that the lawyer’s statement was likely false,” approved a search warrant, and FBI agents seized “upwards of 11,000 documents from Mar-a-Lago, including “more than 70 documents marked ‘Secret’ or ‘Top Secret.'” Willfully retaining national-defense documents violates the Espionage Act. Biden’s embarrassing predicament won’t end the potentially disqualifying “legal jeopardy” Trump and his team face.

The revelations about the discovery of these documents abruptly ended “Joe Biden’s best two months since becoming president,” says Matthew Continetti in the Washington Free Beacon. “Biden has been on a winning streak since last November when Democrats avoided a midterm meltdown and the Republican Party lapsed into divisive recriminations.” Meanwhile, Republicans stumbled through an “embarrassing” fight over the House speakership.

Democrats were gearing up to portray “Trump and the MAGA movement as extremist threats to democracy in 2024,” but now it’s going to be a lot harder for Biden to win over fence-sitting voters by claiming that he and his fellow Democrats are the only ones competent enough to run the federal government. Biden has made it easier for the GOP to “shake off the dust from the speaker’s fight” and launch investigations against him and the dealings of his son, Hunter Biden. “The document drama exposes Biden as a hypocrite. It brings him down to earth just as he was beginning to take off.”

This has “been embarrassing, politically, for the Biden White House, which has handled the matter pretty badly,” says Michael Tomasky in The New Republic. Right-wing “demagogues” are already having a field day. “Docugate” is clearly “a political problem for Biden in the short term: Republicans will make a lot of noise, and the White House, because the matter is under investigation, won’t really be able to respond.”

But the only way this turns into a disaster for Biden in the “long term” is the unlikely emergence of “evidence of genuine wrongdoing on Biden’s part.” The most likely scenario is that once “the facts come out, people will see that the reality of the situation has nothing to do with the ‘reality’ the Republicans are attempting to describe.” We’ve all seen this spectacle before. A story breaks, and “conservatives go into full attack mode.” Anyone recall when Barack Obama was “supposed to be doomed” by his association with Jeremiah Wright? “Anyone remember Whitewater?” Liberals, as always, think “it’s curtains,” but they should put away the “smelling salts.” “Most voters, given enough time, can see reality for what it is and make distinctions between Biden’s behavior here and Trump’s.”

House Republicans have launched an investigation into the discovery of documents with classified markings at an office President Biden used after serving as vice president, and at his Wilmington, Delaware, private residence. Biden’s personal lawyers discovered the papers and handed them over to the National Archives. Rep. James Comer (R-Ky.), chair of the House Oversight…

House Republicans have launched an investigation into the discovery of documents with classified markings at an office President Biden used after serving as vice president, and at his Wilmington, Delaware, private residence. Biden’s personal lawyers discovered the papers and handed them over to the National Archives. Rep. James Comer (R-Ky.), chair of the House Oversight…

Defund the IRS? | The Week