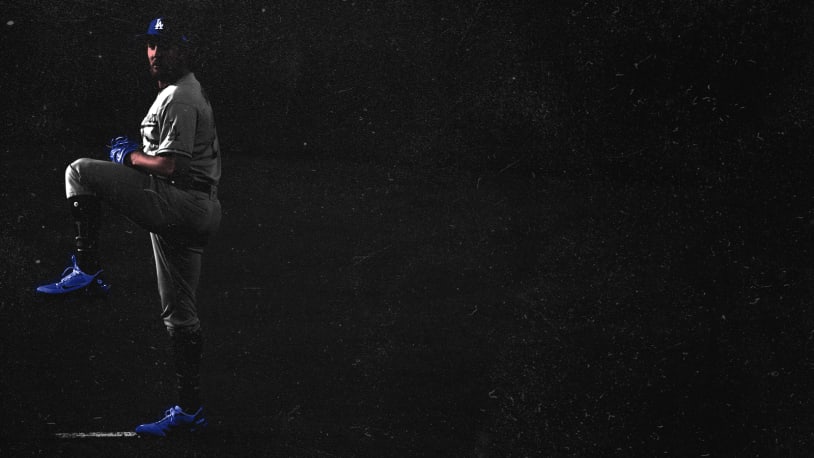 Last month, an arbitrator reduced former Los Angeles Dodgers pitcher Trevor Bauer’s 324-game suspension for violating the league’s domestic violence policy to 194 games — the equivalent of time served. Bauer, who was headed into the final season of a three-year, $102 million contract he signed prior to 2021, was eventually designated for assignment by the Dodgers, and then released on Thursday when no team wanted to trade for him.

Will any other club sign him? And what implications does his future have for domestic violence policies in sports? Here’s everything you need to know about Bauer and MLB’s efforts to fight domestic violence:

What was Trevor Bauer accused of?

In June 2021, just a few months into his huge contract with the Los Angeles Dodgers, starting pitcher Trevor Bauer was placed on administrative leave by Major League Baseball following disturbing allegations of sexual assault by a San Diego woman who accused him of choking her until she lost consciousness, punching her in the face and genitals, and sodomizing her without her consent. The league launched an investigation and ultimately decided to suspend him for two full seasons. Los Angeles County prosecutors declined to press charges against Bauer, calling parts of the accuser’s account in her request for a protection order “materially misleading.” In perhaps the non-apology to end all non-apologies, Bauer said, “In evaluating my life over recent months, it’s clear I’ve made some poor choices, particularly in regards to the people that I’ve chosen to associate with.”

So far, there is no sign that any team is willing to roll the dice by signing Bauer — even though they could conceivably get award-level performance for a pittance while the Dodgers pay his remaining salary. “Nobody’s touching that guy,” is what one agent relayed to ESPN last week. Many executives in the sport expressed skepticism that any club would be willing to take him on. A player who has not been charged with a crime nevertheless facing what is in effect an informal ban from the game is almost unprecedented in North American sports. Why Bauer? And what does it mean for the future of domestic violence and sexual assault policies?

Are athletes typically reintegrated after serving suspensions like Bauer’s?

Sometimes. Certainly, it is what happened with former New York Yankees closer Aroldis Chapman, who allegedly choked and pushed his girlfriend before taking out his gun and firing eight shots into a garbage can in his garage. Chapman initially denied any wrongdoing and then released a contrite statement while accepting his 30-game suspension to begin the 2016 season. Later that year, he was traded to the Chicago Cubs, where he helped end the club’s century-long championship drought. Chapman has earned almost $100 million in salary since the incident, despite ongoing character issues that resulted in his dismissal from the Yankees prior to the 2022 playoffs.

Generally, the more talented the player, the more pro sports teams have been willing to embrace the idea of rehabilitation. The NFL’s Cleveland Browns traded three first-round draft picks for Houston Texans quarterback DeShaun Watson last year and then signed him to a five-year, $230 million guaranteed contract despite knowing that he was the subject of multiple sexual misconducts and sexual assault allegations by employees of a Houston spa. The New York Times published an explosive report in June 2022 detailing Watson’s behavior and the Texans’ role in enabling it and covering it up — including providing the player with non-disclosure agreements for the women to sign. Twenty-six lawsuits have been filed against Watson. The league suspended him for 11 games under its personal conduct policy and he returned to start for the Browns last month.

That same offseason, the Buffalo Bills cut punter Matt Araiza after allegations surfaced that he had participated in the gang rape of a 17-year-old girl as an undergraduate at San Diego State University. Prosecutors declined to indict him, but he is still a defendant in a civil lawsuit and has yet to be signed by another club. But notably, punters are much less critical to a team’s success than a quarterback.

What pattern has MLB set?

The Washington Nationals team released former all-star infielder Starlin Castro in 2021 after he was suspended by Major League Baseball under the joint domestic violence policy for 30 games. Castro, then 31, was no longer an above average player at the time and he remains a free agent. For baseball, then, the pattern is pretty clear: players who were still potential stars at the time of their suspension (Rockies infielder Jose Reyes in 2016, Blue Jays reliever Roberto Osuna in 2018, Dodgers pitcher Julio Urias in 2019, Phillies outfielder Odubel Herrera in 2019, Yankees pitcher Domingo German in 2020) were often given another chance.

Bauer’s case is probably the best test of whether baseball teams care about a player’s past and personal character. In addition to the length of the initial suspension, two more things separate Bauer from other baseball players coming off of domestic violence or sexual assault suspensions: he now has multiple accusers, and he has shown absolutely no remorse for anything that he did. Urias, for example, took full responsibility for what appears to have been a single incident.

Throughout the process, Bauer has maintained his innocence and his flippant attitude, and has refused to acknowledge that the physical harm he inflicted was wrong, even if his accuser initially consented to “rough sex,” as Bauer maintains. It also doesn’t help that Bauer was widely disliked even before he was accused of sexual misconduct. The pitcher’s combative Twitter feed was notorious for incidents of harassing women, indulging conspiracy theories, and a general, off-putting combativeness.

Where do major league sports go from here?

Ultimately, Watson and Bauer’s cases are illustrative of how this problem goes beyond individual behavior. The NFL, for example, clearly has a franchise culture problem where abusive behavior is not only tolerated but in some cases, actively enabled. But the league at least has written procedures and can suspend players independent of criminal investigations.The National Basketball Association can’t even suspend players unless they are convicted of, or plead guilty to, a violent felony — a policy critics argue the league desperately needs to revisit given a recent flurry of high-profile abuse and assault cases. The National Hockey League, incredibly, has no written policy at all.

Baseball, then, arguably has the most effective domestic violence and sexual assault policy of any of the four major North American sports. But individual teams, while generally more reluctant to circle the wagons around an accused player than the league, also aren’t innocent. The Dodgers, for example, may not have known that Bauer would be the subject of sexual assault allegations, but his reputation as an online harasser and all-around unlikeable guy was not exactly a secret when they signed him.

“All teams want to win. All teams shudder at helping a rival. But every so often, professional sports executives must ask themselves, ‘Who are we? What do we stand for?'” wrote Ken Rosenthal recently for The Athletic. He added: “Some decisions, though, are so necessary, so important, they should not require much thought. The Dodgers’ parting with Trevor Bauer qualified, and then some.”

Last month, an arbitrator reduced former Los Angeles Dodgers pitcher Trevor Bauer’s 324-game suspension for violating the league’s domestic violence policy to 194 games — the equivalent of time served. Bauer, who was headed into the final season of a three-year, $102 million contract he signed prior to 2021, was eventually designated for assignment by the…

Last month, an arbitrator reduced former Los Angeles Dodgers pitcher Trevor Bauer’s 324-game suspension for violating the league’s domestic violence policy to 194 games — the equivalent of time served. Bauer, who was headed into the final season of a three-year, $102 million contract he signed prior to 2021, was eventually designated for assignment by the…

The new space race | The Week

The Great Reset conspiracy theory: What is it and how is the World Economic Forum envolved?