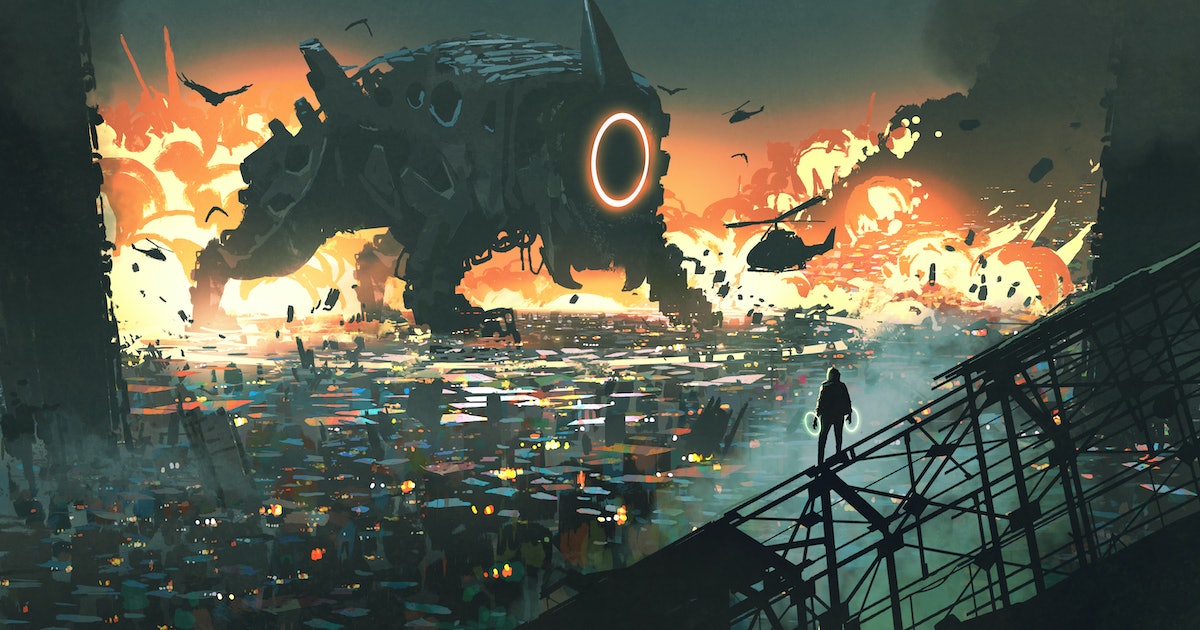 15 years ago, Matt Reeves made a sci-fi classic — and launched a struggling franchise

There aren’t many filmmakers working today as well-known or powerful as Matt Reeves. The writer-director spent the better part of the 2010s slowly but steadily rising through the Hollywood ranks by directing well-regarded genre flicks like Let Me In and the rebooted Planet of the Apes franchise. Last year, when he returned from a 5-year hiatus with The Batman, Reeves had seemingly hit his apex.

Most of his films have given Reeves the chance to further hone his direct and muscular style. So it’s all the more interesting to look back now at 2008’s Cloverfield (released 15 years ago on January 18), which essentially restarted Reeves’ career. The film is not only smaller than most of the blockbusters Reeves has cut his teeth directing in recent years, but it also lacks the kind of visual control he’s become known for.

That’s not to say, though, that Cloverfield sticks out like a sore thumb in Reeves’ filmography. On the contrary, while its visual similarities to Reeves’ other films are minimal at best, Cloverfield is just as bold and subversive of a genre thriller as The Batman.

Before Cloverfield, Reeves had only directed one feature film: the 1996 Gwyneth Paltrow and David Schwimmer-led rom-com, The Pallbearer. After that film released (and flopped), Reeves spent the next 12 years working in television — namely, for shows like Homicide: Life on the Street, Gideon’s Crossing, and Felicity (which he co-created with J.J. Abrams). But his long break from the world of feature film didn’t stop him from returning with a massive genre swing.

Embracing the inventiveness of iconic horror films like The Blair Witch Project and Rec, Cloverfield is a found-footage sci-fi thriller. It follows a group of young New Yorkers who find themselves caught in the middle of a devastating alien invasion. Their night proves to be full of horror and alien carnage, all of which is captured solely through the shaky footage of the characters’ personal camcorders. The film is not, in other words, comprised of the kind of carefully, almost suffocatingly well-composed images that make up many of Reeves’ movies.

What Cloverfield does have going for it is the same inventive creative spirit that Reeves also brought to his rebooted takes on the Planet of the Apes and Batman franchises. Prior to Cloverfield, the found-footage genre was a medium that, for the most part, was used solely by horror filmmakers who needed a cheap way to bring their ideas to life. While Cloverfield’s found-footage style does help it cut financial corners here and there, too, the film also combines its format with a massive, blockbuster story in a way that had never truly been done before.

Reeves doesn’t ever try to sidestep Cloverfield’s found-footage format, either. The film fully commits to its style and, in doing so, manages to offer a new take on both the found-footage format and the alien invasion genre. 15 years after its release, it’s hard to look at Reeves’ commitment to Cloverfield’s central gimmick and not be reminded of how assuredly he stayed true to The Batman’s film noir aesthetic or how steadfastly he kept his focus on the measured, Moses-like journey Caesar (Andy Serkis) takes throughout his Planet of the Apes series.

Cloverfield’s modern spirit (as well as its brilliantly mysterious marketing campaign) ultimately led to it raking in $172 million at the worldwide box office. Its financial earnings well surpassed the film’s relatively modest $25 million production budget and made it the kind of bona fide success that Reeves’ directorial career needed. Cloverfield’s impressive box office earnings and lasting cultural impact even inspired Paramount Pictures to turn it into a franchise — an effort that has, admittedly, led to some mixed results.

Outside of its own sequels and spin-offs, though, Cloverfield’s use of the found-footage format ended up having a bit of a lasting impact on Hollywood at large. In the first few years after its release, films like Chronicle, District 9, and Project Almanac all attempted to similarly combine the unique filmmaking style with blockbuster-sized stories, which only made Cloverfield’s release seem even more like a genuine turning point in the history of both the sci-fi and found-footage subgenres.

Of course, the film also marked a turning point in Reeves’ own career. After spending over a decade working solely within the world of network television, Reeves was able to achieve the kind of game-changing career reboot that very few filmmakers have ever been able to match. 15 years later, Cloverfield still provides such a viscerally effective, overwhelming experience that it’s not hard to see why Hollywood seemed to reopen all of its doors for Reeves after its release.

Cloverfield is available to stream now for free on Pluto TV.

There aren’t many filmmakers working today as well-known or powerful as Matt Reeves. The writer-director spent the better part of the 2010s slowly but steadily rising through the Hollywood ranks by directing well-regarded genre flicks like Let Me In and the rebooted Planet of the Apes franchise. Last year, when he returned from a 5-year…

There aren’t many filmmakers working today as well-known or powerful as Matt Reeves. The writer-director spent the better part of the 2010s slowly but steadily rising through the Hollywood ranks by directing well-regarded genre flicks like Let Me In and the rebooted Planet of the Apes franchise. Last year, when he returned from a 5-year…