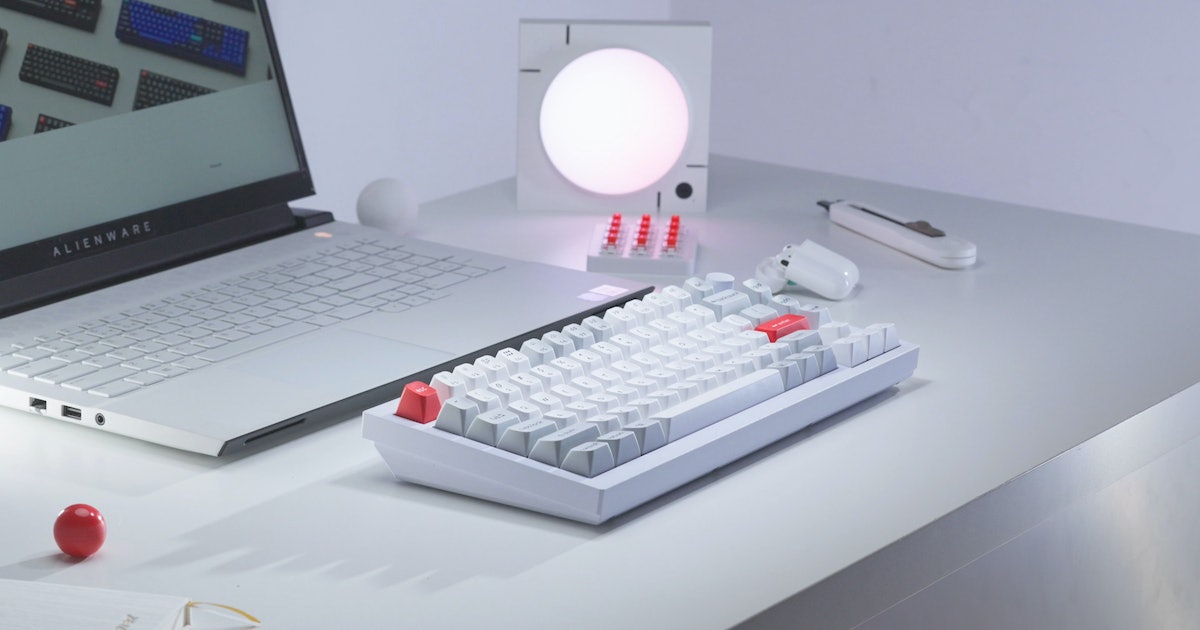 Keychron’s wired Q1 mechanical keyboard changed the scene in a pretty big way back in 2021. Almost overnight, the 75 percent keyboard brought a premium hot-swappable mechanical keyboard to the masses starting at $150. Now, after releasing variations of the Q1 in different layouts like the Q2 and Q3, Keychron is adding wireless connectivity with the Q1 Pro.

The Q1 Pro is not Keychron’s first wireless keyboard — the K-series like the K8 Pro already come with Bluetooth — but it is the company’s first all-aluminum mechanical keyboard. While the K-series keyboards are either plastic or partial aluminum, the Q1 Pro is the full Q1 gasket-mounted premium keyboard experience; the Q-series is Keychron’s very finest in build quality.

Wireless range and battery life — Adding wireless connectivity to a metal keyboard is more difficult than it sounds. Passing a signal hrough the element can often mean interference or increased latency. The Q1 Pro is using a Broadcom Bluetooth 5.1 chip, which allows the mechanical keyboard to connect with up to three devices at a 90Hz polling rate. It’s the same Bluetooth chip inside of the K8 Pro I reviewed last year. With a wire, the Q1 Pro supports a significantly more responsive 1,000Hz polling rate.

There’s a 4,000 mAh battery, which Keychron says is good for up to 300 hours with the backlight off and up to 90 hours with the backlight on the lowest brightness. That’s similar to the K8 Pro’s 300 hours and 100 hours, respectively, which has the same battery capacity. The Q1 Pro charges via USB-C and takes up to 5 hours to fully charge, which sounds long as hell, but you won’t notice thee charge time when you just leave it plugged into your computer.

Different plate, keycaps, and pre-installed switches — Aside from Bluetooth, the Q1 Pro also sports a few different tweaks like a polycarbonate base instead of the steel in the Q1; the keycaps are KSA double-shot PBT versus the OSA double-shot PBT in the Q1; and on the fully assembled Q1 Pro, the switches are pre-lubed Keychron K Pro (red, brown, or banana) compared to the Q1’s Gateron G Pro. Cue the people saying Keychron is cutting corners on the Q1 Pro, but also: if you don’t like what’s included, you can change the parts to your heart’s content. That’s the beauty of a customizable mechanical keyboard. There’s also a barebones version without the switches or the keycaps.

Same Q1 everything else — And those are really the only changes in the Q1 Pro. The rest of the mechanical keyboard is identical to the wired Q1. It has the same all-aluminum bottom case, the same hot-swappable switch design, the same extremely satisfying knurled knob in the upper right, the same support for QMK/VIA keyboard configuration software, and the same south-facing RGB. The Mac/Windows switch on the upper left corner is present, too.

Kickstarter first — Yeah, Keychron is using Kickstarter once again to sell the first units of the Q1 Pro. It’s kind of annoying especially now that Keychron is no upstart, but because of that, it’s also unlikely the company will make off with your money and never ship you any product. Kickstarter is less of a risk from a company with an established history of shipping products and more of a marketing platform to generate interest and gauge demand for larger-scale production. Keychron is crowdfunding the Q1 Pro, starting today for the next 31 days, with the first batch of wireless mechanical keyboards shipping to backers between March and April 2023. The company’s asking for a $50,000 goal, which it will no doubt reach quickly; stretch goals include a free screwdriver (at $100,000), a reinforced keycap puller ($200,000), and a braided USB-C cable ($300,000).

A barebones Q1 Pro with U.S. ANSI or international ISO layout (doesn’t come with switches or keycaps) starts at $174 and is available in Carbon Black, Silvery Gray, or Shell White, with a USB-C cable tossed in. $194 gets you a fully assembled Q1 Pro with a U.S. ANSI layout, and your choice of keycaps (both Windows and Mac) and K Pro switches. And then things just go up from there for two barebones ($345) or fully assembled boards ($385)

Keychron’s wired Q1 mechanical keyboard changed the scene in a pretty big way back in 2021. Almost overnight, the 75 percent keyboard brought a premium hot-swappable mechanical keyboard to the masses starting at $150. Now, after releasing variations of the Q1 in different layouts like the Q2 and Q3, Keychron is adding wireless connectivity with…

Keychron’s wired Q1 mechanical keyboard changed the scene in a pretty big way back in 2021. Almost overnight, the 75 percent keyboard brought a premium hot-swappable mechanical keyboard to the masses starting at $150. Now, after releasing variations of the Q1 in different layouts like the Q2 and Q3, Keychron is adding wireless connectivity with…