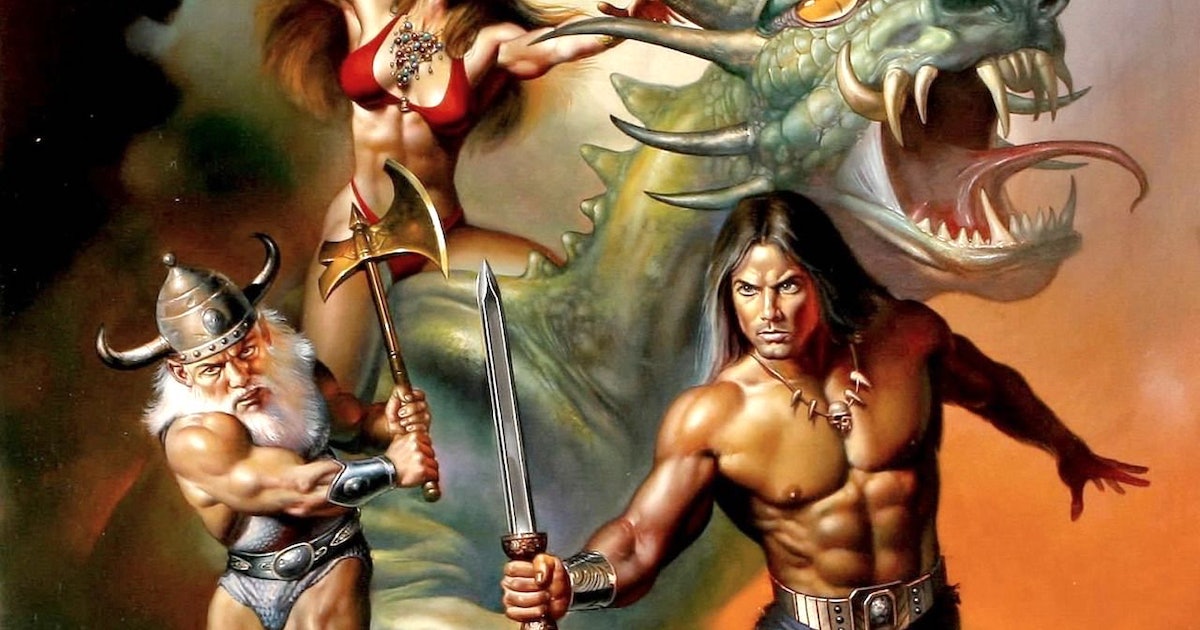 If a video game does well, and the studio still exists in a couple of years’ time, chances are there will be a sequel. This isn’t exactly surprising for anyone who plays games, but the nature of sequels has radically changed since the industry’s earlier days. Take a game like 1989’s Golden Axe, which feels like it sums up a decade’s worth of medieval fantasy.

Taking inspiration from Arnold Schwarzenegger’s Conan and the popular albeit confusing Altered Beast, Sega developed a fun hack-n’-slash side-scroller for the arcade. Like most arcade games, it was meant to be challenging enough to keep sucking in quarters. It sold well enough to earn a port to the Genesis as well as a sequel.

Today’s sequels often feel a pressure to radically add or alter the premise of the first game in the series. Previously unseen worlds now become real, and perspectives are switched so a character once in need of saving can be the hero. But for games like Golden Axe II, which came out in 1991, no change was necessary.

What was important was offering more of the same, and since it’s the only Golden Axe game that’s available right now if you’ve subscribed to Nintendo Switch Online + Expansion Pack, it’s worth playing if you want to understand the charms of the era’s side scrollers.

There are three playable characters in Golden Axe II: a fast woman, a strong dwarf, and a more balanced barbarian guy. They’re named Tyris Flare, Gilius Thunderhead, and Ax Battler, respectively. Each hero has their own weapon and a special move: Tyrius shoots out circles of flame, Gilius sends rocks tumbling down from the heavens, and Ax uses his namesake weapon to hurl tornados.

Beyond aesthetics, this isn’t a game with lots of differences in its starters. That’s common in games of this era, where multiple characters primarily existed to give console or arcade consoles a second player. They mostly do the same things by design, although their looks are quite charming, especially Gilius.

That’s how much of Golden Axe II plays out: familiar gameplay, but a charming variation. There’s nothing innovative about the gameplay, but the designs are bright and have a feeling of Ray Harryhausen’s special effects in Jason and the Argonauts, especially the skeleton soldiers who rise from the ground to attack. As in the first game, rideable beasts elevate gameplay, giving attacks ranging from tail swipes (from the game’s memorable Chicken Leg) to more powerful dragons.

The game feels more like a console game, which is a good thing. The enemies are spread out a bit more. Earning more special attacks is a breeze in charming between-level mini-games where you whack at wizards until they cough up the goods (spellbooks).

The game was criticized upon release for being a slightly altered version of the first game. While accurate, this is a critique that for the most part mattered more back then than it does today.

While Golden Axe is fondly remembered by enthusiasts, it’s not the series that first jumps to mind when thinking of the glory years of ‘90s gaming. Unless there is some Golden Axe explosion on Twitch that I don’t know about, it’s not exactly beloved. The last game in the series came out in 2008, with poor reviews harming its reputation. There was an attempted reboot, which has its own awful history. A prototype was made in brutal crunch conditions of 14-hour days, only for it to be canceled for lacking a “wow factor” compared to God of Wär. No further attempts appear to have been made at reviving the franchise.

Even if the series has been a bit of a mixed bag for much of its life, the 1991 game is charming. Watching Gilius throw people in a wrestler’s move is delightful, as is watching giant dog-men go tumbling from his rocks. It’s not an innovative game by any means, but at the end of the day, it’s still a fun side-scroller worth trying out.

If a video game does well, and the studio still exists in a couple of years’ time, chances are there will be a sequel. This isn’t exactly surprising for anyone who plays games, but the nature of sequels has radically changed since the industry’s earlier days. Take a game like 1989’s Golden Axe, which feels…

If a video game does well, and the studio still exists in a couple of years’ time, chances are there will be a sequel. This isn’t exactly surprising for anyone who plays games, but the nature of sequels has radically changed since the industry’s earlier days. Take a game like 1989’s Golden Axe, which feels…

Do video games make you smarter? One surprising genre leads the rest