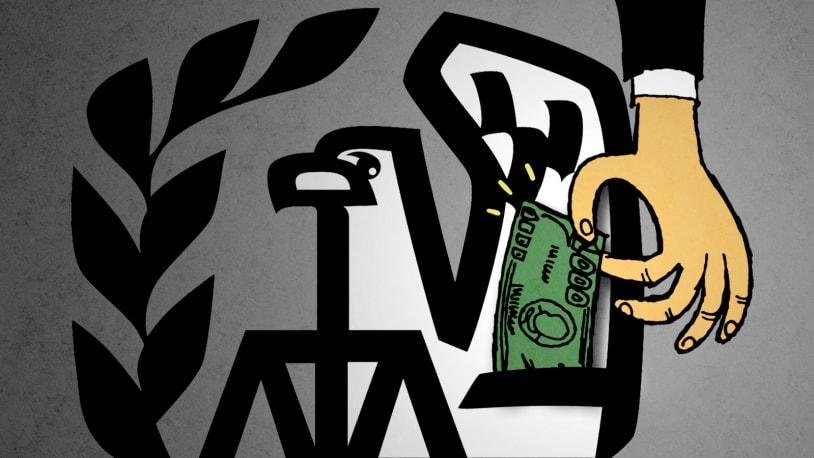 Defund the IRS? | The Week

The narrow new Republican majority took control of the House this week and, as its first order of business, fulfilled a campaign promise by voting to rescind much of the funding boost for the Internal Revenue Service included in last year’s Inflation Reduction Act. The Congressional Budget Office estimated that the legislation, if it became law, would eliminate $71 billion of the $80 billion in new IRS funding, which is intended to help the agency hire 87,000 employees in the next decade, some to replace retiring workers. The new hires would include revenue agents, customer-service workers, information-technology specialists, and others who could help the agency collect more taxes. Under the legislation, the IRS would keep some of the money, including $3.8 billion for taxpayer services and $4.2 billion for updating old technology.

Next, Republicans plan to present legislation calling for abolishing the IRS outright. The bills have no chance of passing in the Senate, still controlled by Democrats. But the White House Office of Management and Budget said House Republicans were “making clear that their top economic priority is to allow the rich and multi-billion dollar corporations to skip out on their taxes, while making life harder for ordinary, middle-class families that pay the taxes they owe.” Republicans countered by saying that reining in the Internal Revenue Service would prevent the agency from using its new resources to overburden honest taxpayers with unnecessary audits. Rep. Dan Crenshaw (R-Texas) told Fox News that “the average American cares about defunding 87,000 IRS agents.” What did this opening salvo by House Republicans accomplish?

Cutting IRS funding would swell the deficit and benefit the rich

“The current system to ferret out wrongdoers is terrible,” says Alexis Leondis in Bloomberg, and House Republicans’ effort to block the IRS’ new funding “would only make it worse.” The tax gap — “the difference between what taxpayers owe and what they actually pay” — was $496 billion a year from 2014 through 2016, and even after audits and enforcement the agency was only able to collect $68 billion, or 14 percent of taxes “owed but not paid.” The agency just doesn’t have the resources to conduct enough audits on “the people who owe the most,” and the funding boost Republicans are trying to rescind is intended to help fix that.

Depriving the IRS of resources benefits the richest taxpayers. A big share of the tax gap is attributed to “sophisticated” sole proprietors who report “well above $400,000 in business income on personal returns pass-through business owners, according to a former IRS commissioner. And the audit rate on individual taxpayers making $1 million or more has “dropped from 8.4 percent in 2019 to just 2.4 percent in 2019.” And the lost opportunity to make sure wealthy taxpayers are paying their fair share is only part of the problem with the GOP attempt to block this new money. The Congressional Budget Office estimated this week that the House bill “would cut government revenue by almost $186 billion and increase the budget deficit by $114 billion over the next 10 years.”

Democrats say a beefed-up IRS will target the rich. Don’t believe them

Curbing IRS power would help more low-income Americans than rich ones, says the Las Vegas Review-Journal in an editorial. “Democrats insisted that only wealthy Americans would face an increase in audits,” but recent IRS data cited in a recent report by Liz Wolfe of Reason showed that in 2022 the tax man, as Wolfe put it, “continued historic trends of hassling primarily low-income taxpayers…, with relatively few millionaires and billionaires getting caught up in the audit sweep.”

Even if the IRS gets the entire funding boost, there’s no reason to believe anything will change. Public bureaucracies tend most to take the path of least resistance. “In the case of the IRS, that means concentrating on simpler returns rather than putting the microscope on wealthy taxpayers with their bevy of accountants and attorneys.” Even if the IRS starts targeting the wealthy more aggressively, “workers of more modest means” will continue to get squeezed, because their simpler returns are easier for auditors to handle.

This is the start of a wave of GOP ‘demagoguery’

The “supposedly tight-fisted House Republicans” shrugged off the impact of their bill on the deficit, says Ed Kilgore in New York magazine’s Intelligencer. “The opportunity to strike a rhetorical blow at the hated tax man, whom conservatives believe has persecuted them for many years, was richer than any dollar amount saved or squandered.” This was not a serious effort to govern. It was “pure demagoguery.”

And this “clawback bid” is “the first of many ‘messaging’ votes” the House will be taking, “with the assurance that the Democratic-controlled Senate will ignore or kill their handiwork (with President Biden serving as the ultimate executioner, if necessary).” The fact that the GOP’s slim House majority is powerless to pass any partisan legislation that will become law “gives McCarthy and his troops the freedom to be as reckless as they want, cutting capers for the entertainment of conservative ‘base’ voters watching their antics on Fox News and other friendly outlets.”

The Republican bill isn’t expected to become law, says Richard Rubin in The Wall Street Journal. But this isn’t the last time Republicans in this Congress will put the IRS “under the microscope.” Republicans will keep the pressure on when Biden’s nominee to run the agency, Danny Werfel, has his confirmation hearing in the Senate soon. “And the IRS is scheduled to release an implementation plan for the $80 billion as early as next month.”

Democrats might win this round, but “Republicans will have other opportunities to try to cut the IRS’ funding.” Democrats intended the $80 billion to come on top of regular IRS budget increases of about $12 billion a year. But Congress has to approve those annually. “If Republicans use yearly spending negotiations to keep that number flat or cut it, the IRS would have to use the $80 billion for routine operations rather than expansion.”

The narrow new Republican majority took control of the House this week and, as its first order of business, fulfilled a campaign promise by voting to rescind much of the funding boost for the Internal Revenue Service included in last year’s Inflation Reduction Act. The Congressional Budget Office estimated that the legislation, if it became…

The narrow new Republican majority took control of the House this week and, as its first order of business, fulfilled a campaign promise by voting to rescind much of the funding boost for the Internal Revenue Service included in last year’s Inflation Reduction Act. The Congressional Budget Office estimated that the legislation, if it became…

After the fight, will McCarthy hold any power?

What does Biden’s documents saga mean for his 2024 re-election chances?