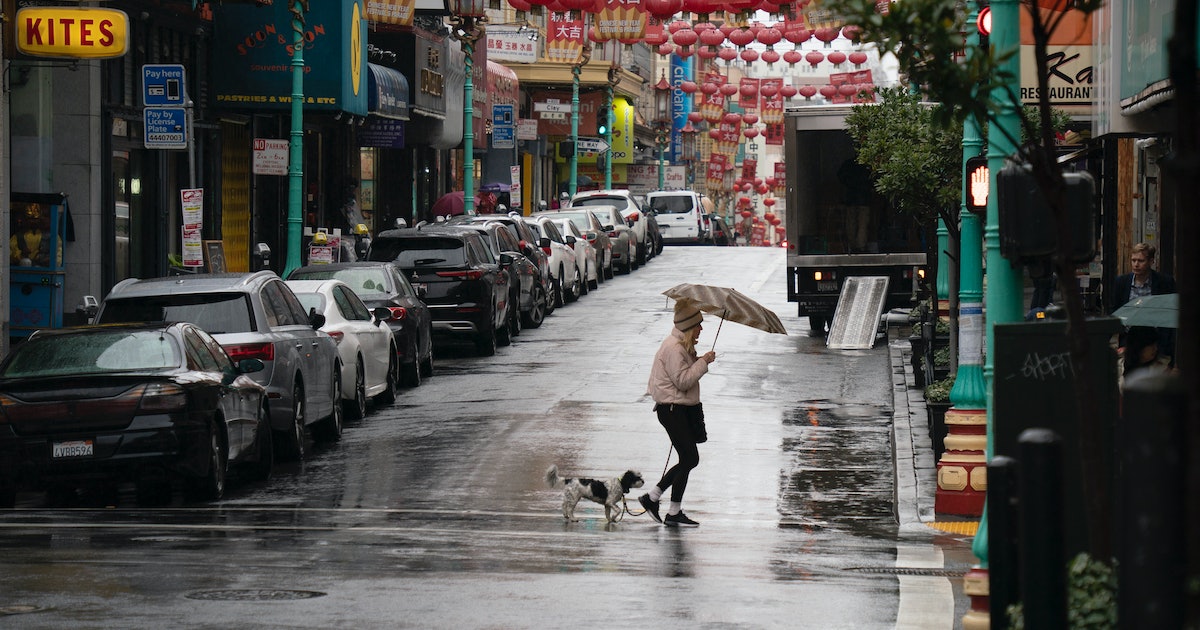 California has seen so much rain over the past few weeks that farm fields are inundated, and normally dry creeks and drainage ditches have become torrents of water racing toward the ocean. Yet, most of the state remains in severe drought.

All that runoff in the middle of a drought begs the question — why can’t more rainwater be collected and stored for the long, dry spring and summer when it’s needed?

As a hydrogeologist at the University of California at Santa Cruz, I’m interested in what can be done to collect runoff from storms like this on a large scale. There are two primary sources of large-scale water storage that could help make a dent in the drought: holding that water behind dams and putting it in the ground.

When California gets storms like the atmospheric rivers that hit in December 2022 and January 2023, water managers around the state probably shake their heads and ask why they can’t hold on to more of that water. The reality is, it’s a complicated issue.

California has big dams and reservoirs that can store large volumes of water, but they tend to be in the mountains. And once they’re near capacity, water has to be released to be ready for the next storm. Unless there’s another reservoir downstream, a lot of that water is going out to the ocean.

Video captures flooding from record rainfall on the last weekend of 2022.

In more populated areas, one of the reasons stormwater runoff isn’t automatically collected for use on a large scale is that the first runoff from roads is often contaminated. Flooding can also cause septic system overflows. So that water would have to be treated.

Putting water in the ground

There’s another option, and that’s to put it in the ground, where it could help to replenish groundwater supplies.

Managed recharge has been used for decades in many areas to actively replenish groundwater supplies. But the techniques have been gaining more attention lately as wells run dry amid the long-running drought. Local agencies have proposed more than 340 recharge projects in California, and the state estimates those could recharge an additional 500,000 acre-feet of water a year on average if all were built.

One method being discussed by the state Department of Water Resources and others is Flood-MAR or flood-managed aquifer recharge. During big flows in rivers, water managers could potentially divert some of that flow onto large parts of the landscape and inundate thousands of acres to recharge the aquifers below. The concept is to flood the land in winter and then farm in summer.

Flood-MAR is promising, provided we can find people who are willing to inundate their land and can secure water rights. In addition, not every part of the landscape is prepared to take that water.

You could inundate 1,000 acres on a ranch, and a lot of it might stay flooded for days or weeks. Depending on how quickly that water soaks in, some crops will be OK, but other crops could be harmed. There are also concerns about creating a habitat that encourages pests or risks food safety.

Another challenge is that most of the big river flows are in the northern part of the state, and many of the areas experiencing the worst groundwater deficits are in central and southern California. Getting that excess water to the places that need it requires transport and distribution, which can be complex and expensive.

Encouraging landowners to get involved

In the Pajaro Valley, an important agricultural region at the edge of Monterey Bay, regional colleagues and I are trying a different type of groundwater recharge project where there is a lot of runoff from hill slopes during big storms.

The idea is to siphon off some of that runoff and divert it to infiltration basins, occupying a few acres, where the water can pool and percolate into the ground. That might be on agricultural land or open space with the right soil conditions. We look for coarse soils that make it easier for water to percolate through gaps between grains. But much of the landscape is covered or underlain by finer soils that don’t allow rapid infiltration, so careful site selection is important.

One program in the Pajaro Valley encourages landowners to participate in recharge projects by giving them a rebate on the fee they pay for water use through a “recharge net metering” mechanism.

We did a cost-benefit analysis of this approach and found that even when you add in all the capital costs for construction and hauling away some soil, the costs are competitive with finding alternative supplies of water, and it is cheaper than desalination or water recycling.

Is the rain enough to end the drought?

It’s going to take many methods and several wet years to make up for the region’s long period of low rainfall. One storm certainly doesn’t do it, and even one wet year doesn’t do it.

For basins that are dependent on groundwater, the recharge process takes years. If this is the last rainstorm of this season, a month from now, we could be in trouble again.

This article was originally published on The Conversation by Andrew Fisher at the University of California. Read the original article here.

California has seen so much rain over the past few weeks that farm fields are inundated, and normally dry creeks and drainage ditches have become torrents of water racing toward the ocean. Yet, most of the state remains in severe drought. All that runoff in the middle of a drought begs the question — why…

California has seen so much rain over the past few weeks that farm fields are inundated, and normally dry creeks and drainage ditches have become torrents of water racing toward the ocean. Yet, most of the state remains in severe drought. All that runoff in the middle of a drought begs the question — why…