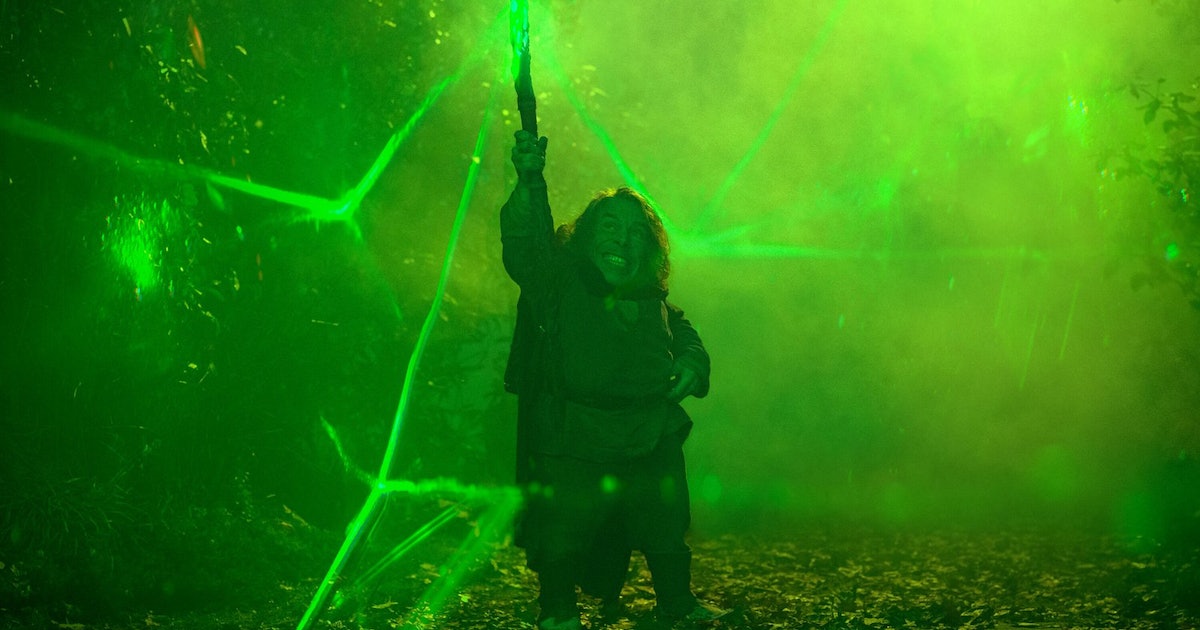 How that emotional finale plants the seeds for Season 2

Elora Danan, the last blood of Kymeria and the one true empress, isn’t holding back anymore. She knows what has to be done to stomp out the wicked, even if it means tapping into some uncomfortable bits of herself.

The Season 1 finale of Willow didn’t hold back either, delivering a punchy ending that doesn’t provide much closure, opting to pave the way for a Season 2 with more adventures and more ominous threats.

34 years after the original film, Willow was (reluctantly) flung back to a fantasy world full of monsters, brownies, Bone Reavers, talking runes, giant statues, and the mystical Christian Slater. Disney+’s Willow series was more spellbinding than anticipated, bringing back all the charms of the fantasy movie while doubling down on the magic and mayhem.

Willow was remixed just enough to satisfy fans old and new, but was that enough for Disney to give this quixotic tale a Volume II? Read on to find out how Season 1’s emotional finale sets up the next adventure.

Abandoned at the Altar

Elora (Ellie Bamber) almost marries Airk (Dempsey Bryk), a hoodwink materialized by the Wyrm to suck out Elora’s powers via her “true love’s kiss.” But Elora doesn’t want to kiss Airk anymore, let alone marry him. She comes to her senses when she stares into his eyes and doesn’t see the same Airk staring back at her. Just as she and Kit had initially suspected, Airk has been brainwashed by the Wyrm.

Airk’s witchy friend Lili (Rosabell Laurenti Sellers) doesn’t take to his abandonment at the altar well. Her face begins to distort, showing rotting teeth and sagging skin, revealing who Lili has been all along: the Crone, a loyal servant of the Wyrm. Just as the Crone is about to entrap Elora, Willow (Warwick Davis) arrives to save the day. Staff in hand, Willow and Elora begin zapping at the Crone with their colorful enchantments. But, as always, they’ll need the help of their friends to defeat the bad guys.

An oath of protection

After an entire season of hearing Kit (Ruby Cruz) whine and bemoan the presence of Elora, we finally learn why she’s jealous: her father chose protecting Elora and the realm over staying with his children and wife, Sorsha (Joanne Whalley).

We may not see Madmartigan (Val Kilmer) in the finale, but thanks to voice assistance technology, we do hear him. Madmartigan tells his daughter that sometimes love requires sacrifice. He became Elora’s protector to save the realm, and all of his friends and family in it. He may not have succeeded in his mission — the show heavily implies that Madmartigan is now a spirit able to commune with his daughter when appropriate — but Kit can.

Just as Kit is prepared to slay her brother to prioritize Elora and her destiny, Willow and Elora remind Kit that while spells and incantations are cool, the most powerful force in the universe is love. Kit uses the stone in Willow’s staff and tearfully reminds her brother how much she cares for him, and how much she knows he cares for her, lifting Airk’s curse.

The Crone warns us that, while Airk’s possession may have been lifted, the Wyrm is still as alive as a malicious eternal entity can be. The Crone tosses Graydon (Tony Revolori) into the Wyrm’s dimension toward the beginning of the Immemorial City battle, and while the rest of the crew believes him dead, Graydon wakes up and also appears to be fine. Not all is well around him, though: bodies lie in piles everywhere he looks, ash falls from the sky, and fire burns in the distance.

Standing in front of Graydon is… Elora Danan as a femme fatale squeezed into a skin-tight black leather suit. The suggestion is that this is just another one of the Wyrm’s temptations, a trick meant to make their victims succumb to their demands.

However, Graydon seems to be swayed by the Wyrm. And that means more trouble lies ahead— Graydon may be gullible, but he’s a knowledgeable and skilled sorcerer. If the Wyrm trains him, he could be a dark magical force to be reckoned with.

The Inverse Analysis — So… is Willow getting a second season?

Other than that shocking post-credits scene between Graydon and the Wyrm — which serves as a major cliffhanger suggesting there’s still more evil to defeat — the future of Willow is uncertain. Both showrunner Jonathan Kasdan and lead Warwick Davis have teased a sophomore season on social media, but the House of Mouse has yet to renew or cancel the show. Patience is a virtue, no matter what realm you live in.

Willow Season 1 is streaming on Disney+.

Elora Danan, the last blood of Kymeria and the one true empress, isn’t holding back anymore. She knows what has to be done to stomp out the wicked, even if it means tapping into some uncomfortable bits of herself. The Season 1 finale of Willow didn’t hold back either, delivering a punchy ending that doesn’t…

Elora Danan, the last blood of Kymeria and the one true empress, isn’t holding back anymore. She knows what has to be done to stomp out the wicked, even if it means tapping into some uncomfortable bits of herself. The Season 1 finale of Willow didn’t hold back either, delivering a punchy ending that doesn’t…

‘Last of Us’ HBO release date, time, cast, and trailer for the zombie premiere