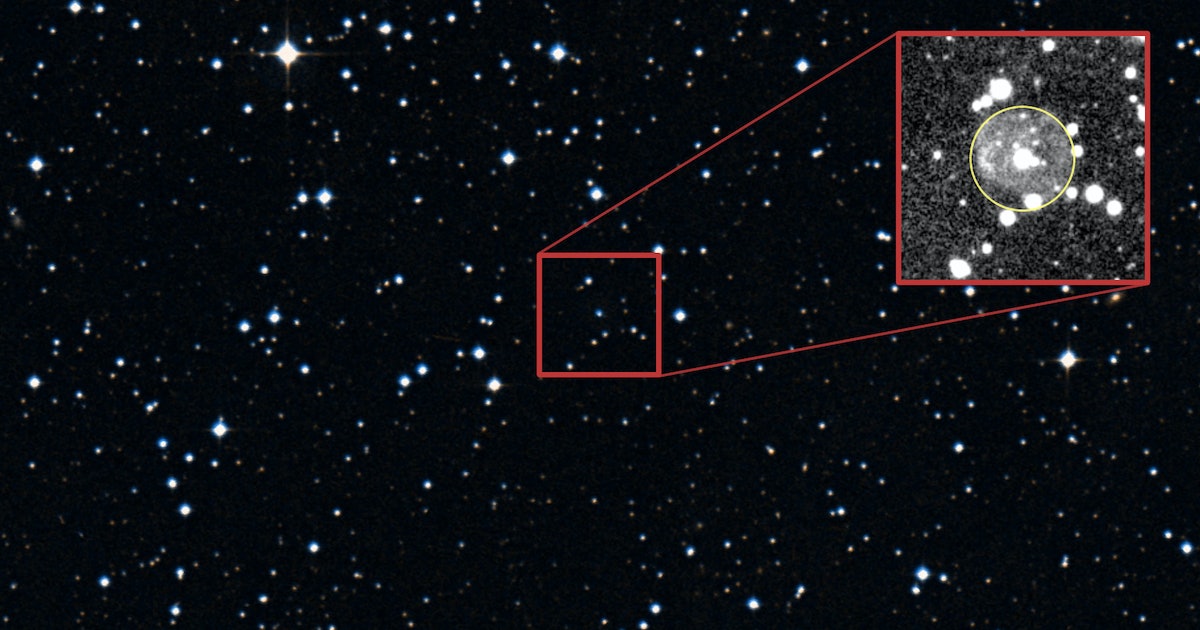 Not even two weeks into 2023, an international team of astronomers has already announced they have found eight of the hottest new stars in the cosmos. Well, not new, maybe — these eight extremely hot white dwarfs are near the end of their lives, according to a paper published this week in Monthly Notices of the Royal Astronomical Society.

These tiny zombie stars — about the size of the Earth, with the mass of the Sun, but more than twenty times hotter — offer astronomers a way to see what goes on inside the largest of all stars.

WHAT’S NEW — These eight, some of the hottest known stars, were found during a survey of regular white dwarfs by the Southern African Large Telescope, located in the Roggeveld Mountains of South Africa. “I don’t know what I might have expected, how many I might have expected to find,” Simon Jeffrey, an astronomer at Armagh Observatory and Planetarium and the lead author of the paper, tells Inverse, but to “find so many that are extreme” in “a bucketful of two or three hundred stars” was serendipitous.

Of course, all stars are hot compared with anything we’re used to here on Earth. But while the Sun’s surface chills at a steady 6,000 degrees Kelvin, these stars’ extreme temperatures range from 100,000 to 180,000 degrees.

These are “stars which are a little bit outside the canonical evolution,” Klaus Werner of the University of Tuebingen’s Kepler Centre for Astro and Particle Physics, a co-author of the paper, tells Inverse. “These stars are strange.”

Even among the ultra-hot white dwarfs known by the designation PG1159, the selection that cropped up in this survey lack the helium normally found in their atmosphere: instead, they’ve burned it all away, fusing it into a solar atmosphere of pure carbon and oxygen.

These stars are rare, in part because they don’t last long. They are “cooling down very quickly,” says Werner; it is “improbable to see stars in this particular regime.” Once that happens, the heavier elements will fall into the core of the star as fusion slows and it cools.

WHY IT MATTERS — The majority of stars about the size of our sun have a straightforward and familiar life cycle: they start out as a hydrogen-burning star, then eventually expand into a red giant as they burn their hydrogen into helium. They collapse into white dwarfs once there’s no helium left to burn to support the red giant. But some of those stars are reborn. “The helium around the core will reignite … and the reignition will turn the star inside-out,” Jeffrey says.

That process, a late helium shell flash, means that astronomers are able to see just what takes place during a star’s red giant phase. Normally you can’t see below the star’s outer envelope to observe the fusion products of red giant formation. But these stars’ extreme temperatures give astronomers a peek behind the curtain.

Because these stars are so hot and bright, Werner explains, radiation pressure keeps heavier elements at the top of the envelope. “These stars give the possibility to look at what has been going on in the nuclear burning in the earlier phase of the star… usually that is all hidden below the star.”

That some of these stars are also oscillating (their brightness pulsates at a regular frequency) is also exciting, both Jeffrey and Werner say. Astroseismology, studying the frequencies which reflect a star’s internal structure, is a “very powerful tool to probe the interior of stars,” says Werner. “In some sense, we know the interior of such stars to a higher precision than the interior of our Earth.”

One of the strangest of these super-hot stars is a superhot white dwarf that’s still surrounded by a planetary nebula. This is odd, Werner says, because “usually they are expelled while it’s a red giant.” Nebulae disperse over the course of a few tens of thousands of years — but the star at its core seems to be a hundred thousand years old.

It could be, Werner notes, that this is the debris of an especially massive star near the upper limits of what could become a white dwarf. In that case, its red giant might have given up something like seven solar masses to its nebula — enough for 2.3 million Earths.

These super-hot stars help give a better picture of the lifespan of stars and the different stages of stellar evolution. Some, like the PG1159s, have only been known for the last few decades; others, like helium-rich subdwarfs, have unclear origins; they might be likeliest to occur as the result of the collision and merger of two preexisting white dwarfs.

“How they’re all related to one another is not completely clear,” says Jeffrey. “They’re all extremely rare and they all evolve more slowly than we see in a lifetime. If you want to work out how this evolution takes place, you’ve got to join the dots.”

Not even two weeks into 2023, an international team of astronomers has already announced they have found eight of the hottest new stars in the cosmos. Well, not new, maybe — these eight extremely hot white dwarfs are near the end of their lives, according to a paper published this week in Monthly Notices of…

Not even two weeks into 2023, an international team of astronomers has already announced they have found eight of the hottest new stars in the cosmos. Well, not new, maybe — these eight extremely hot white dwarfs are near the end of their lives, according to a paper published this week in Monthly Notices of…

The 9 most anticipated RPGs coming out in 2023

Listen: Dolphins &quot;scream&quot; to each other over human-made noise pollution