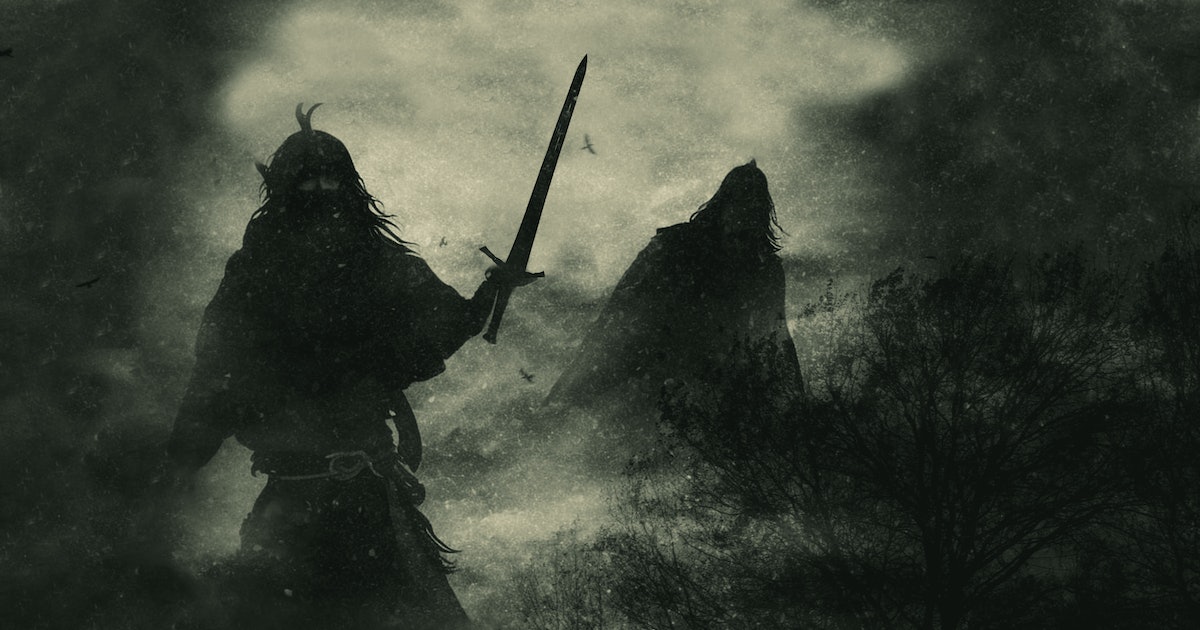 You need to watch the bloodiest Viking thriller on Netflix ASAP

It’s that time of year again! No, not merrymaking time, the holidays are long gone. It’s time for mayhem, mysticism, and mugs (that are slashed off by Ulfberht swords, to be precise).

The return of Vikings: Valhalla is nearly upon us. You don’t have to walk around your house in a Nordic helmet, drinking from horns, or yelling “Skol!” to appreciate the simultaneously gruesome and transcendental world of Vikings.

Vikings: Valhalla is set more than a hundred years after the events of the History channel show, Vikings. The sequel takes place at the end of the Viking Age and focuses on the descendants of the Vikings living in England, where the outsiders clash with the native English, alongside the Norse back in Kattegat, who are just as busy fighting among themselves over divisive Christian and pagan beliefs.

Vikings: Valhalla Season 1 begins on Saint Brice’s Day — November 13, 1002, wherein King Æthelred II (Bosco Hogan) orders all of the descendants of Vikings in Danelaw, a settlement in England, to be executed due to a perceived threat to his life. After the massacre, King Canute (Bradley Freegard), the ruler of Denmark, forms an army in Kattegat (a semi-fictional city in Norway) to plan a counterattack.

During all of that political upheaval, we meet Harald Sigurdsson (Leo Suter), a Norwegian nobleman headed back home, and Greenlanders Leif Erikson (Sam Corlett) and Freydís Eiríksdóttir (Frida Gustavsson), son and daughter of the vicious Viking Erik the Red, who are en route to Kattegat. Neither party is aware of the mass murder on Saint Brice’s Day. When the three meet, they instantly become embroiled in each others’ quests — Harald’s to claim both the Danish and English thrones, Leif to right the wrongs of his father, and Freydís to exact revenge on her rapist.

Much bloodshed occurs in the first season of Vikings: Valhalla, as well as stormy transitions of power, and occasional vivid visions of Norse deities. By the start of Season 2, our heroes find themselves suddenly scattered about in Scandinavia, refugees of Kattegat who must learn how to forge their destinies beyond the fjords.

Vikings: Valhalla may not have characters as compelling as the viking stars of its predecessor (Ragnar Lodbrok and his brood), nor does it play around as much with contrasting trippy dream sequences and harsh medieval realities, but it nevertheless stands on its own as a Vikings franchise expansion.

This is partly due to the strong chemistry between its leads and supporting cast, as well as the impressive technical details of its set designs, its costuming, and its elaborate, ghastly battle scenes. Vikings loyalists will appreciate the care show creator Jeb Stuart puts in honoring the original show’s legacy, while also inserting tweaks in tone befitting the fall of the Viking Age and the bumpy start of a new era in their history. Vikings loyalists will also be pleased to see that, just as the History channel did for its first-ever scripted series, Netflix spared no expense in budgeting for the luxe period drama. Vikings newbies, on the other hand, can breathe a sigh of relief, as the sequel eases them into the franchise without requiring an additional six seasons of homework.

Season 2 of Vikings: Valhalla has just as much of the gory action viewers have come to expect from Vikings installments — only this time, the sophomore season has given its characters more space for introspection, and its narrative a chance to define itself and its destination. The fall of Kattegat was the best thing that could have happened to Vikings: Valhalla.

But Vikings: Valhalla still suffers from historical inaccuracies galore, some of which are justifiable choices of style and cinematic flair, while others are necessary to incorporate diversity on-screen. But a couple in Season 2 — particularly historic inaccuracies about what’s now present-day Eastern Europe — are real head-scratchers. Yes, Vikings: Valhalla, like Vikings, is historical fiction, but Stuart should have taken greater precautions at being more considerate of current geopolitics. No doubt these tweaks to the record will be scrutinized intensely following the show’s launch, which may force the show’s creator to reevaluate his script for Season 3. (And speaking of Season 3, Netflix had already committed to three seasons — a rarity on the streamer these days.)

Vikings: Valhalla Season 2 greatly improves upon franchise torchbearer Stuart’s first swing at the Vikings universe. There’s no time like now to soak in all 16 episodes of berserker blood and bewitching rituals.

It’s that time of year again! No, not merrymaking time, the holidays are long gone. It’s time for mayhem, mysticism, and mugs (that are slashed off by Ulfberht swords, to be precise). The return of Vikings: Valhalla is nearly upon us. You don’t have to walk around your house in a Nordic helmet, drinking from…

It’s that time of year again! No, not merrymaking time, the holidays are long gone. It’s time for mayhem, mysticism, and mugs (that are slashed off by Ulfberht swords, to be precise). The return of Vikings: Valhalla is nearly upon us. You don’t have to walk around your house in a Nordic helmet, drinking from…