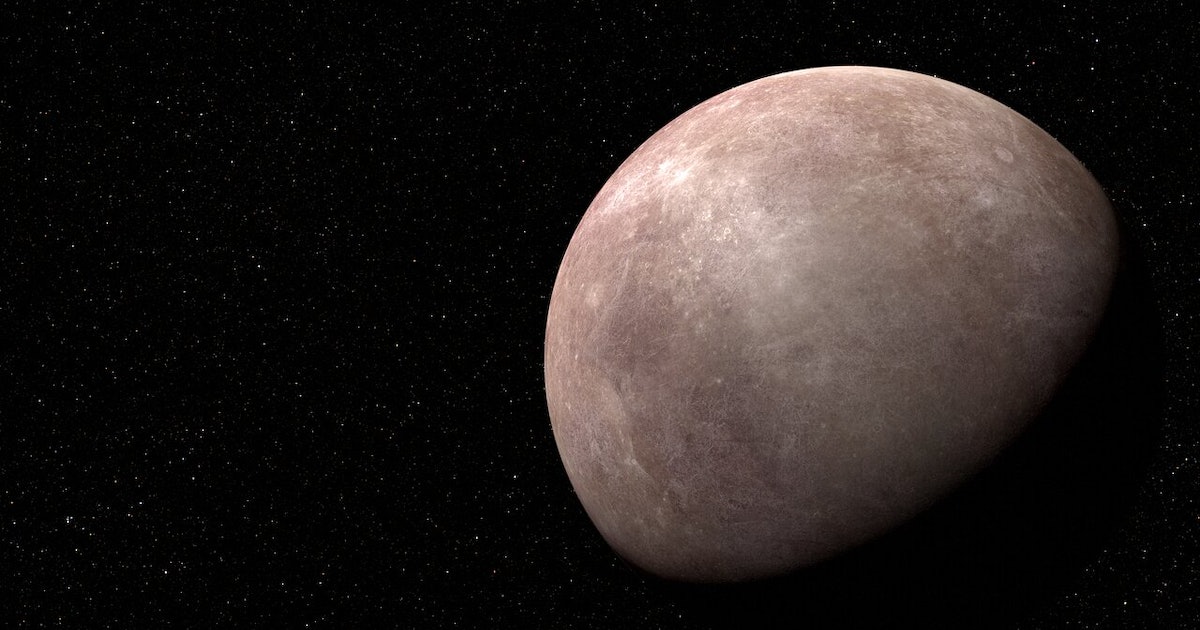 Earth has a rocky twin orbiting a dim red star 41 light years away — but it may turn out to be a hot hellworld more like Venus.

Exoplanet LH 475b has a radius about 99 percent the size of Earth’s, but that rocky radius is surrounded by either a choking atmosphere of carbon dioxide — or the vacuum of space, according to recent observations with the James Webb Space Telescope (JWST). But it’s definitely a planet, and that’s something astronomers couldn’t say for sure until now.

Astronomer Jacob Lustig-Yeager, of the Johns Hopkins University Applied Physics Laboratory, presented their work at the 241st meeting of the American Astronomical Society.

What’s New — JWST’s observations confirmed that a blip in TESS data was actually an exoplanet, and it’s almost exactly the same size as Earth. But it’s not a place you’d want to visit.

“Although this planet shares the same radius as Earth, that’s likely the only similarity it has,” says Lustig-Yeager.

For one thing, its surface is at least 200 degrees hotter than our cozy homeworld, because it orbits so close to its star — close enough to finish an orbit every two days. Even with a small, relatively cool red dwarf star like LH 475, that makes for scorchingly hot weather. And for another thing, LH 475b may have a thin, choking, poisonous atmosphere like our world’s evil twin Venus, or it may have no atmosphere at all. In either case, it’s got nothing you’d actually be able to breathe.

Lustig-Yeager and his colleagues used JWST’s Near Infrared Spectrometer, first to confirm that the faint dip in LH 475’s light that TESS spotted really was a planet, and then to search for signs of an atmosphere around the rocky, Earth-sized world.

As LH 475b pass in front of its star, Lustig-Yeager and his colleagues measured the spectrum — light separated into individual wavelengths, which correspond to the light absorbed by specific molecules — of the red dwarf’s light filtering around the edges of the exoplanet. They were hoping to see that the planet would look bigger at certain wavelengths, which would mean there was an atmosphere made of certain molecules blocking some of the star’s light. Instead, they saw a mostly flat, featureless spectrum where no chemical in particular stood out.

“This is what we’d expect from a planet that does not possess an atmosphere,” says Lustig-Yeager. “This planet very well could be an airless body that has lost any atmosphere that it once had.” But there is one more possibility.

We now know that LH 475b doesn’t have a deep atmosphere of hydrogen, like our gas giants Jupiter and Saturn, or a puffy methane atmosphere like Saturn’s moon Titan. On the other hand, Lustig-Yeager says, “Carbon dioxide produces relatively small spectral features that are [also] consistent with what we’re seeing.” That’s partly because an atmosphere made entirely of carbon dioxide is likely to be more dense — and therefore lying closer to the planet’s surface — than one made of lighter stuff like hydrogen. That makes it harder to spot even with JWST’s sharp-eyed instruments.

But Lustig-Yeager and his colleagues plan to try.

Why It Matters — LH 475b is a small milestone for JWST: the first exoplanet the telescope has helped confirm really exists. Previously, the hotter version of Earth was just an “exoplanet candidate,” something in TESS data that looked like an exoplanet but might be just a false positive. Now JWST has taken it from candidate to confirmed planet and measured its surprisingly familiar radius.

Astronomers searching for habitable worlds are focused on worlds like LH 475b that orbit red dwarf stars, in part because they’re so common in the galaxy and in part because small planets orbiting closely around a relatively dim star are much easier to see and study than small planets farther from a much brighter star. But because these planets are so close to their host stars, it’s possible that stellar winds have stripped away their atmospheres. At the moment, astronomers just don’t know.

But LH 475b is also now among the first rocky planets whose atmospheres we can say anything about for sure. “Carbon dioxide or nothing” is less stunning news than an atmosphere laden with water vapor would have been, of course, but the flat spectrum of LH 475b’s inhospitable atmosphere (or lack of one) is a step toward being able to find a more Earth-like one.

What’s Next — Lustig-Yeager and his colleagues plan to watch LH 475b pass in front of its dim red star again in the summer of 2023. They hope that another look, and more data, will reveal whether the little world has an atmosphere of carbon dioxide or none at all. One key thing they plan to look for is evidence of clouds, which might suggest a world unnervingly like Venus: hot, with a noxious atmosphere, and perpetually swathed in clouds.

Earth has a rocky twin orbiting a dim red star 41 light years away — but it may turn out to be a hot hellworld more like Venus. Exoplanet LH 475b has a radius about 99 percent the size of Earth’s, but that rocky radius is surrounded by either a choking atmosphere of carbon dioxide…

Earth has a rocky twin orbiting a dim red star 41 light years away — but it may turn out to be a hot hellworld more like Venus. Exoplanet LH 475b has a radius about 99 percent the size of Earth’s, but that rocky radius is surrounded by either a choking atmosphere of carbon dioxide…