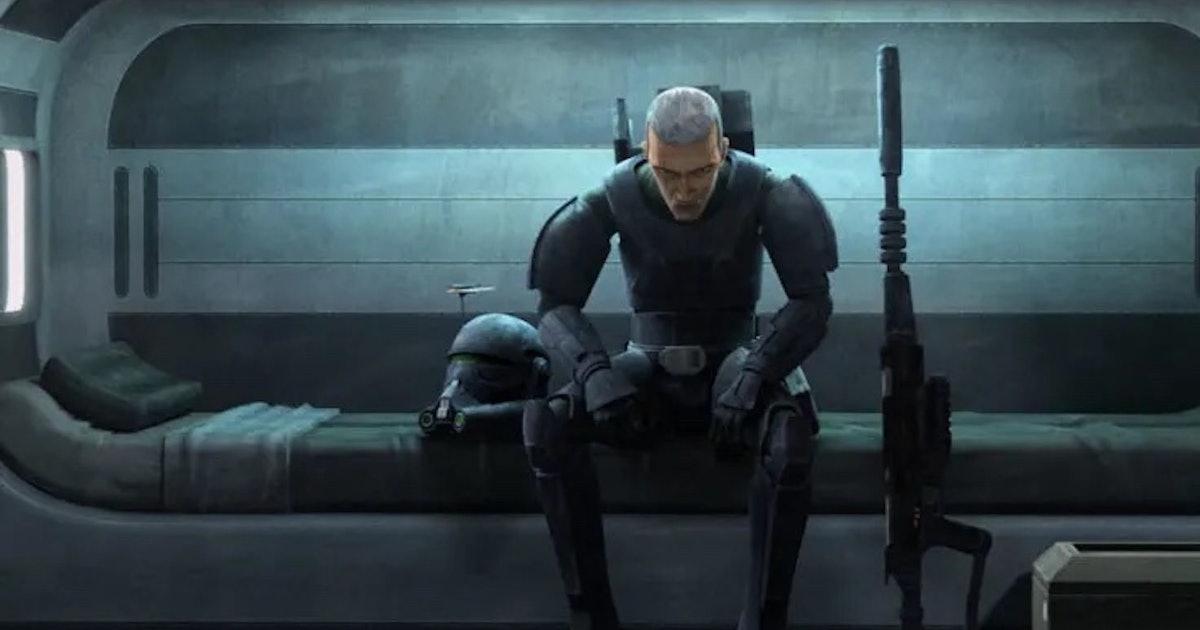 The most interesting Star Wars show is wasting its own potential

Most characters in Star Wars are clones. When you consider the sheer number of hours spent on the Clone Wars, relative to the number of hours spent on anything else in the Star Wars canon, this fact becomes obvious. The main character of The Book of Boba Fett is a clone, as is Supreme Leader Snoke and at least one version of Palpatine in The Rise of Skywalker. Lately, Star Wars has been honest about its Clone obsession with a series in which every major character is a clone: The Bad Batch.

It’s also secretly the most interesting Star Wars show, even if it keeps blasting itself in the foot. Spoilers ahead for its latest episode, “The Solitary Clone.”

No one thinks about the Star Wars saga as a sci-fi franchise about the ethics of cloning and the psychological hall of mirrors human clones might face. And yet The Bad Batch is revealing the potential Star Wars has to become an edgy science fiction franchise by exploring this ancient sci-fi trope with some diligence. Its latest episode, “The Solitary Clone,” is smart and strange enough to make you wish it wasn’t part of Star Wars at all.

True to its name, “The Solitary Clone” doesn’t feature the regular members of Clone Force 99, but instead focuses on Crosshair, the one Batch member who stayed loyal to the Empire. The series is currently obsessed with the idea that various clones — who aren’t variants like the Batch — are now questioning Order 66. More broadly, The Bad Batch and The Clone Wars present a counter-canon to Palpatine’s plan to take over the galaxy.

If you only watch the films, the clone army is a plot device; a way for Palpatine to get the Jedi to trust their eventual murders. But the clone army was also a slick way for George Lucas to retcon the endless muscle of the Empire’s early days. Metafictionally, in The Force Awakens, Kylo Ren questions the use of recruited soldiers over the reliability of a clone army. The Bad Batch presents the opposite view.

An interesting paradox that emerges from all this is exemplified in “The Solitary Clone.” The Republic assumed a clone army would be handy because these identical automatons would function like biological battle droids. And yet the more the clones are told they’re all just identical soldiers, the more individualistic they become. The Empire needs mindless automatons because its bespoke army of mindless automatons is all starting to think for themselves. Toward the end of the episode, Commander Cody (the clone who tried to kill Obi-Wan in Revenge of the Sith) tells Crosshair that the clones are different from battle droids because they think for themselves. The line between following orders and being programmed is not-so-subtly blurred. Did the clones kill the Jedi because they were following orders, or because they were brainwashed?

This is where some of the greatness of The Bad Batch’s philosophical ruminations get lost in its format. If it were a live-action Star Wars series more in the serious style of Andor or Obi-Wan Kenobi, some of these provocative ideas could be explored a little more fully. Instead, the format of The Bad Batch pushes the structure into an adventure-of-the-week narrative. Even this unique episode still needed a fairly generic mission to make the plot work.

If you’re only half paying attention, The Bad Batch scans as a rote series of exploits in which former clones go and blow stuff up. The ethics are also mixed. Lately, the Batch has had their blasters set to stun, and yet if the heroes blow up entire ships, we’re not encouraged to think about it. The good clones don’t want to kill the confused clones, but they will if have to. Meanwhile, the bad clones, and very bad humans, will kill anyone who gets out of line.

The Bad Batch, in a way, might be incorrectly named. This is the real “clone wars,” in that the show’s themes and moral questions are all about the clones themselves. At this point, it almost feels like the clones have become more like Hosts in Westworld or Cylons in Battlestar Galactica. They’re no longer plot devices for larger Star Wars conflicts, but metaphors for the nature of free will. “The Solitary Clone” is a good Bad Batch episode, but it also feels like wasted potential. If the rest of Season 2 looks like this, then the series may evolve into something truly great. But as the credits roll, there’s a sense that regularly scheduled Star Wars action will return next week.

Genre TV gets interesting when old tropes are presented in ways that make us think and feel differently about our preconceived notions. The Bad Batch has done that. But, because the show is burned by its pew-pew adventure format, it feels like there’s a limit to just how good this can get. There’s no future point in Star Wars canon where millions of clones are living their lives free from the Empire’s tyranny. In Rebels, we only see a few clones left. So what we’re watching in The Bad Batch isn’t a rumination on the lives of clones, but a countdown to their shared doomsday.