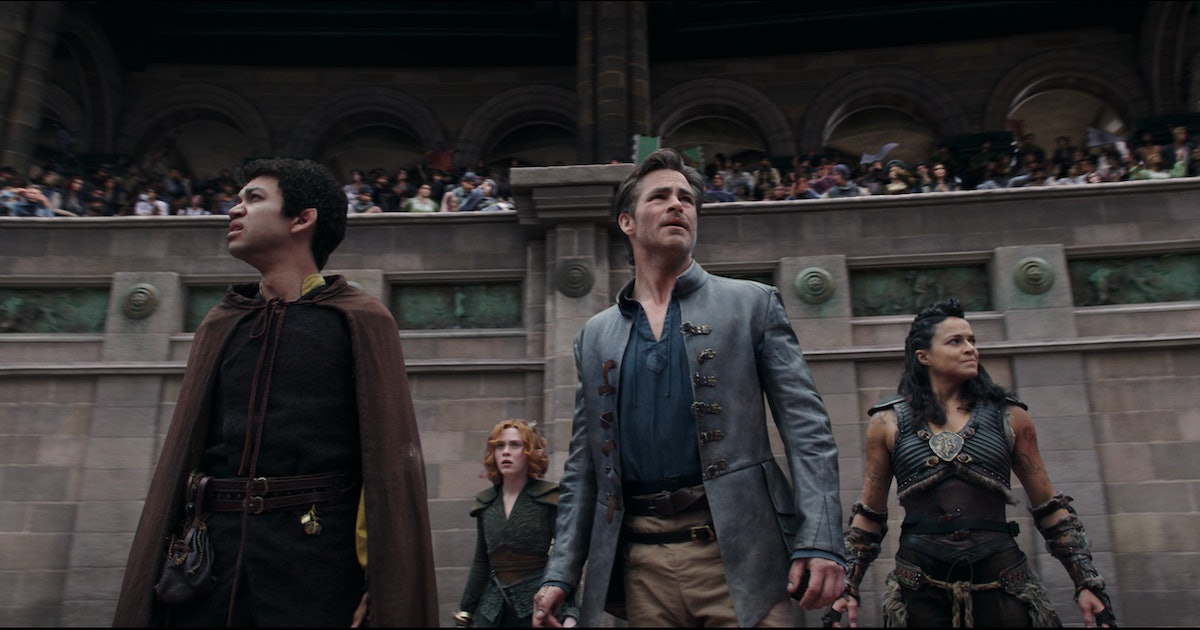 Paramount is rolling the dice on Dungeons & Dragons, both in theaters and now on Paramount+. But exactly what plans are laid out behind Paramount’s DM screen?

On Tuesday, Deadline reported Paramount+ will be the home of a live-action TV series based on Dungeons & Dragons, the popular fantasy role-playing game. The untitled series, first reported on in 2022, has a straight-to-series order for eight episodes. Executive producer Rawson Marshall Thurber (Skyscraper, Red Notice) penned the pilot script and will direct the first episode.

Deadline mentions the untitled show is intended to be “the studio’s largest-scope TV project ever,” designed to launch its own shared universe that will encompass scripted “and unscripted” content (this suggests plans for Live Play shows, in which participants will actually play D&D on a set, possibly in front of a live audience).

Notably, Deadline doesn’t make any significant mention of the upcoming film Dungeons & Dragons: Honor Among Thieves beyond the fact Paramount Pictures and Hasbro’s eOne are partnering on both projects. At a time when the cinematic universe is still in vogue, it’s intriguing how multiple media adaptations of D&D are in the works with no relation to each other. A source tells Inverse the show does not share a universe with the upcoming movie, but future crossovers haven’t been ruled out.

Perhaps the separation is in the fans’ favor. With an all-star cast, including Chris Pine, Michelle Rodriguez, Regé-Jean Page, and Hugh Grant, Honor Among Thieves is telling an original story with new characters. It’s set in the Forgotten Realms, one of the most prominent campaign settings in D&D’s official canon. But like Marvel and DC, D&D supports a multiverse with plenty of different worlds and stories to adapt.

Settings like Blackmoor and Greyhawk, the latter dreamt up by D&D co-creator Gary Gygax, are some of the oldest. Another setting, Dragonlance, published in 1984 by Luara and Tracy Hickman, was an early example of a shared universe with spin-off novels and video games based on the setting. The Hickmans also designed Ravenloft, a world themed after gothic horror.

Any of these could feasibly serve as the basis for the new series. Honor Among Thieves can cater to a wide audience, including many viewers who have probably never rolled 20-sided dice before, while the streaming series can appeal to more dedicated fans. Similarly, the series can still tell its own story in the Forgotten Realms. Maybe it will center on popular characters, like the dark elf Drizzt Do’Urden, who’s starred in several popular novels.

Speculation is open for Thurber’s Dungeons & Dragons, as the Paramount+ series doesn’t yet have a title that can indicate direction. If Thieves lands a critical hit at the box office, plans to interlink the two could change. Someone at Paramount must be dreaming of bridging all these onscreen versions of D&D together à la the Marvel Cinematic Universe, but as anyone who plays D&D knows, that may simply come down to people’s schedules lining up.

Dungeons & Dragons: Honor Among Thieves will open in theaters on March 31.