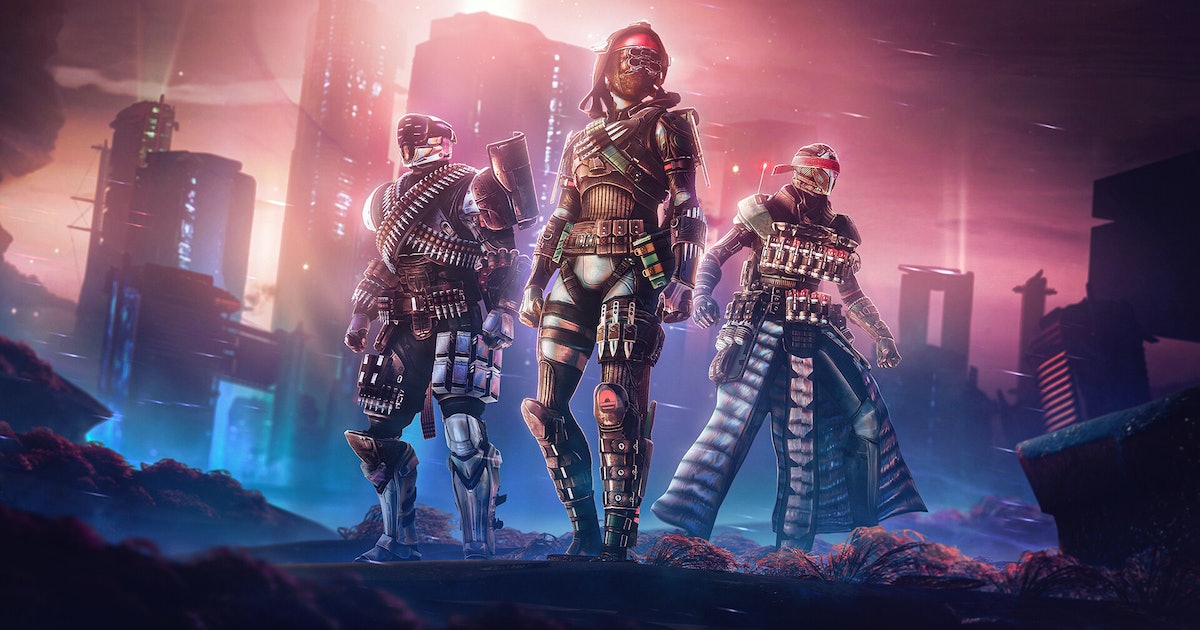 Destiny 2 is one of the best free-to-play games around, but there’s no denying it can be hard to get into. Whether you’re trying it for the first time or returning after months away, the new features and system tweaks consistently added to Destiny 2 can feel like a leaning Jenga tower on the verge of collapse. To make matters worse, Destiny 2 isn’t exactly known for its great tutorials, and knowing what you even need to pay attention to as a new player can be a struggle. Before February’s big Lightfall expansion, however, developer Bungie made a radical change that makes the game more accessible than ever before.

Armor Mods are a crucial facet of high-level play, letting you build a character to suit a specific playstyle, and you could easily miss them entirely if you don’t mosey over to the right tab in your inventory at the right time. Once you notice them, you’re confronted with one of the strangest upgrade systems imaginable. One vendor in Destiny 2’s Tower sells Armor Mods, but they’re randomized and the selection changes every few days. Since your entire build can depend on getting one or two specific mods, you’re simply out of luck if they’re not on offer.

A recent announcement from Bungie changes all of that. The developer shared on Twitter that as of January 11, 2023, almost all Armor Mods are available to everyone. The only ones left out are those earned through endgame content, but with the Mods that were just unlocked, you have a much better chance of making it to the endgame yourself.

If you like grinding for gear the good old-fashioned way, fear not! Destiny 2 is happy to oblige your need to spend hours farming for the best loot. As much as Armor Mods make your build viable, it’s your weapons that really define it. Part of what keeps Destiny 2 players coming back to the same content over and over is the hope of receiving a “god roll.” Weapons can drop with a variety of different randomly determined perks — the god roll is when a weapon drops with the best perks you can get.

The new system Bungie is rolling out makes farming for loot far more enjoyable. When you had to rely on a random selection of Armor Mods, you could receive that long-awaited god roll and still not have the Mods you needed to make your build truly work. That won’t be a problem anymore. Since you now have access to some of the best Armor Mods in the game, you can shape a build around your favorite weapon no matter what it is. That means you can spend more time with Destiny 2’s excellent gunplay — whether you’re exploring new planets, taking on high-level Strikes, or getting wrecked in the Crucible — and less time trying to scrape together a viable build out of whatever parts random chance has granted you.

Bungie is making its Armor Mod changes in anticipation of the next expansion, Lightfall, due out on February 28, 2023. According to the developer’s tweet, Armor Mods are getting a rework with the update, so it’s opening the gates to let everyone play with the current system while it’s still around. Bungie hasn’t announced how builds will be changing in Lightfall, but a change this big suggests the new system will have little resemblance to the current one.

That makes this a great time to start preparing for Lighfall. There’s frankly an overwhelming amount of content in Destiny 2, which has had more than five years of updates at this point. The unlocked Armor Mod system will give you a chance to experiment with builds, try weapons that might not have been viable before, and discover what parts of the game appeal to you with fewer restrictions.

Even if all this talk of build crafting and random rolls means nothing to you, it’s still a good time to get into Destiny 2. The current expansion, The Witch Queen, has easily been one of the series’ best stories. It’s worth playing on its own merits, and it’s also an important setup for what’s to come. For all its issues, there’s a reason Destiny 2 still has so many dedicated players after so long. If you’re planning on jumping in for Lightfall, starting now will give you plenty of time to catch up — and enjoy the thrill of running around with a souped-up build while you do it.

Destiny 2 is one of the best free-to-play games around, but there’s no denying it can be hard to get into. Whether you’re trying it for the first time or returning after months away, the new features and system tweaks consistently added to Destiny 2 can feel like a leaning Jenga tower on the verge…

Destiny 2 is one of the best free-to-play games around, but there’s no denying it can be hard to get into. Whether you’re trying it for the first time or returning after months away, the new features and system tweaks consistently added to Destiny 2 can feel like a leaning Jenga tower on the verge…

18 years ago, one action game rewrote the rules for a whole generation