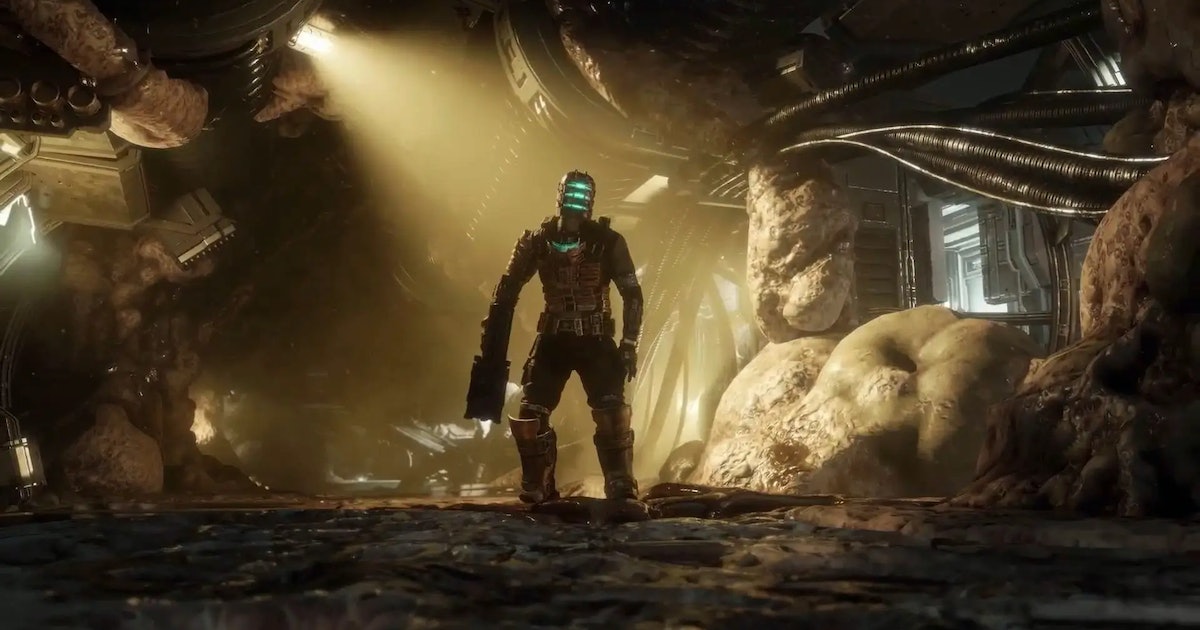 The upcoming Dead Space remake is one of the most anticipated releases of 2023. Developer EA Motive Studio aims to breathe new life into the classic 2008 horror game, while improving upon outdated systems to keep things fresh.

The Dead Space remake didn’t come about as a “corporate mandate” from EA, but rather as a labor of love from Motive, says Realization Director Joel MacMillan.

“We have these experiences, we hold them with us as part of our own nostalgia, and then we want to try and leave our fingerprints on them or see how we can improve them and update them for the new audiences,” MacMillan tells Inverse.

Inverse spoke with MacMillan and Senior Writer Jo Berry about some of the changes players can expect to see in the remake and what makes a good horror game.

While the Dead Space remake will be an almost identical recreation of the original, it will also include a variety of improvements. Among the most notable is a welcome reworking of the frustrating in-game map, which will now be presented in 2D rather than 3D.

“Looking back at it, there was a little bit of frustration around how to control [the original map] or how to read it quickly. You’d have to kind of rotate it to figure out what’s the best angle to see where your character is and where you need to go,” MacMillan says. “We’ve actually simplified it rather than embellished it, to improve the clarity and the readability of it.”

But for other aspects of the game, more is definitely more. Technological advances since the first game will allow Motive to get closer than ever to the original vision of Dead Space. MacMillan says the dismemberment this time around will be more realistic and “visceral.”

“You really have to carve away at the meat in the skin and burn it away.”

“In our version, it’s not just a matter of one or two shots, to lop off a limb like in the original,” he says. “In the remake, you really have to carve away at the meat in the skin and burn it away before you even get to the bone and slice the limb off.”

The original was already so intense with its combat, it’s hard to imagine the remake improving in that regard. But Motive seems focused on delivering more terror than before.

One thing that returns from the original is new game plus, and while Motive declined to share specifics at this time, Berry says, “you’d definitely benefit from going through the USG Ishimura a second time.”

Dead Space is regarded as one of the greatest horror games of all time, blending gore and psychological horror in the vastness of space. But it also has a sense of grounded vulnerability, in the form of its protagonist Isaac Clarke. He’s no space marine, just a systems engineer who is simply trying to survive aboard the USG Ishimura.

“One way to execute horror really well, is by creating the appropriate lens for the audience to experience that horror through,” MacMillan says. “We have a very relatable and familiar protagonist.”

With the remake, Motive also aims to retain the slow-burn pacing of the original.

“Some horror games are so eager to get to the jumpscares or the gore, that they zoom past the part where you care,” says Berry. “It’s a little too easy to jump straight into the scares without grounding you in that universe first.”

The original Dead Space launched in 2008, and the team at EA Motive has had more than a decade’s worth of films and shows to draw inspiration from since then. Berry points to the 2013 film Gravity as a major reference point for the remake, particularly when designing the Ishimura’s desolate spaces. MacMillan says the 1986 remake of The Fly was another major source of inspiration.

“[The Fly] does such a good job at marrying the horror and the gore with the psychological thriller,” he adds.

It seems fair to say that the Dead Space remake will not be for the squeamish or faint of heart.

It’s hard to imagine how to make the Dead Space experience even scarier, but MacMillan had an idea in mind that’s so frightening, it didn’t actually make it into the game.

“In horror games, you can pause and you have a moment of safety there. You can take a breath. And I think you get a reprieve from that. It deflates some of the tension. But with persistent online games, you’re playing with dozens of other people, and you can’t just pause everybody’s game,” he explains.

“It’s a little too easy to jump straight into the scares.”

“I think removing that as a feature would make horror games far more impactful — You would truly feel like you’re never actually safe.”

Having a pause button feels necessary, especially in a single-player experience, but its inclusion does serve as a crutch for some players.

“I still tend to get jittery when I play these games,” MacMillan says. “So I do like to have a pause button, personally. But if you really wanted a frightening, on-the-edge-of-your-seat, anxiety-ridden experience, removing that pause button would help.”

Even with a pause button, it’s clear Dead Space will have enough scares to go around in the upcoming remake.

The upcoming Dead Space remake is one of the most anticipated releases of 2023. Developer EA Motive Studio aims to breathe new life into the classic 2008 horror game, while improving upon outdated systems to keep things fresh. The Dead Space remake didn’t come about as a “corporate mandate” from EA, but rather as a…

The upcoming Dead Space remake is one of the most anticipated releases of 2023. Developer EA Motive Studio aims to breathe new life into the classic 2008 horror game, while improving upon outdated systems to keep things fresh. The Dead Space remake didn’t come about as a “corporate mandate” from EA, but rather as a…