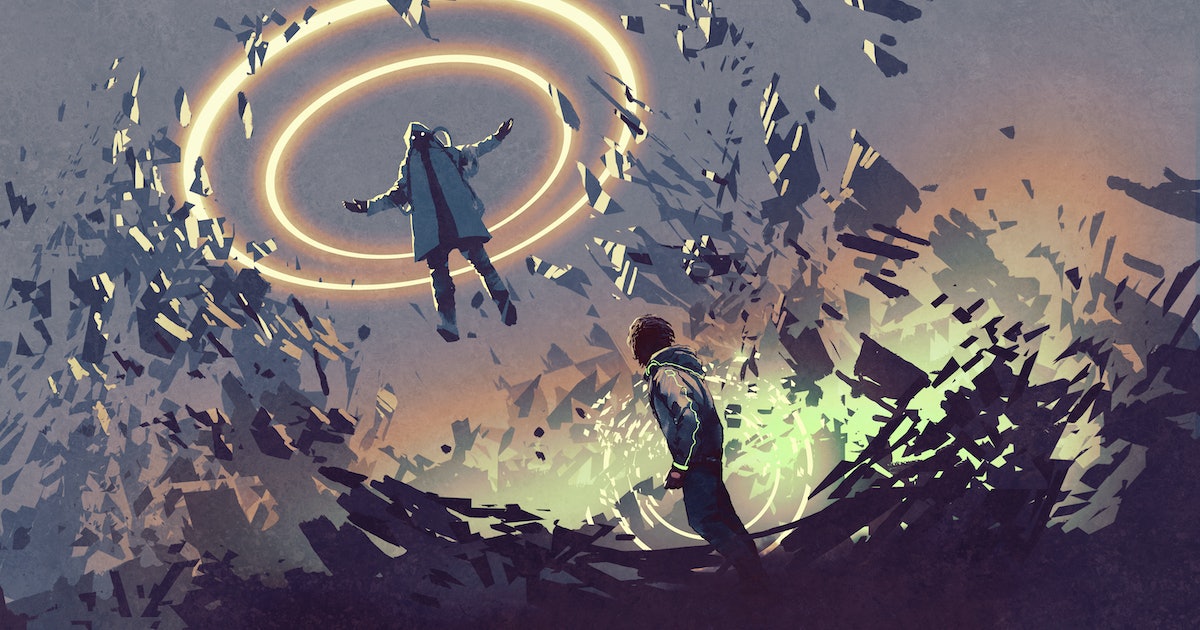 Cast your mind back to the mist-shrouded days of 2010. The MCU had swollen to a staggering three films, Avatar’s theatrical run lasted through August, and Call of Duty: Black Ops shattered sales records. Lest dweebs celebrate too much, they also had to suffer through a terrible Prince of Persia movie and an even terribler installment in the Resident Evil hextology. The old nerd culture was dying, and the new one was struggling to be born.

Two years after Iron Man and four years before Gamergate, geekdom had become an open secret. Games and comic books had largely shed their reputation as puerile time-wasters, yet “nerd” was still a debated label you “earned,” rejected, or gawked at whenever it was attached to an attractive woman. The full cultural shift is somewhat beyond the scope of this sentence, but fandom had become an in-joke where anyone could be in. No one was being ostracized for saying “interwebs” anymore, even if maybe they should have been. Enter Scott Pilgrim vs. the World.

In this Edgar Wright flick based on Bryan Lee O’Malley’s graphic novels, Scott is a nebbish 22-year-old bassist trying to win the heart of Ramona Flowers. To do so, he’ll have to defeat her seven evil exes in battles inspired by games and comic books, all while trying to navigate the transition from meandering loser to ostensible adult. Seeing the trailer declare “It’s on … like Donkey Kong” as a baby-faced Michael Cera grabs a 1UP and announces he’s “Getting a life” is like watching a dork caveman bang rocks together. But there’s still a crackling momentum that reveals why Scott Pilgrim was so hotly anticipated.

And make no mistake, despite flopping at the box office, Scott Pilgrim was eagerly awaited by, to name an entirely hypothetical example, lovelorn 22-year-olds with a penchant for video games and Canadian indie rock. That, in retrospect, was not a demographic large enough to satisfy Hollywood, but it was enough to ensure that certain internet forums breathlessly followed the film’s development, and certain Halloween parties were stuffed with Scotts and Ramonas.

At the time, Scott Pilgrim’s dorkiest elements were seen as its biggest selling point. Finally, a video game movie — or at least one inspired by them — that blew past the pathetic bar set by its predecessors. But 13 years later, the fact that Scott’s band is named Sex Bob-omb and his first halting conversation with Ramona sees him try to impress her with Pac-Man trivia is largely a clunky distraction from the manic energy and quick comedy that pervades the rest of the film. Pop culture references age, but Michael Cera’s stunt double leaping through a window to avoid an awkward conversation with his ex as Kieran Culkin runs interference is timeless.

Scott Pilgrim’s financial failure also didn’t preclude it from being picked apart for its sexual politics. Fan blogs (remember those?) called it fun but misogynist for a premise where the badass yet inexplicably helpless Ramona stands around and waits for Scott to save her from her woes. On the film’s 10th anniversary, pop culture publications fired broader volleys with headlines like “Why We Need to Let Scott Pilgrim Go.” It’s the movie that launched a thousand debatable uses of “Manic Pixie Dream Girl.”

Whether Scott is a milquetoast creep or someone who goes on a journey of self-discovery is open to interpretation, although it’s fair to say that moments like the straight Scott defeating Ramona’s lesbian ex by poking her weak spot to give her a literal killer orgasm are rather ill-conceived. That’s partly the consequence of needing to cram six books worth of character development into 112 minutes, and partly because 2010 was a time when a quirky, attractive woman was still considered a commodity to be won.

But does it hold up? Yeah, sure, mostly. It’s still very funny, the comic book visuals still look great, and the soundtrack still, as the kids say, slaps. It’s always been difficult to find Cera credible as a brawler, but the whimsical special effects and Wright’s frenzied direction keep the action flowing around his blank face. Again, the movie’s best bits are its left-field gags: the superpowered vegan police, a sneering Chris Evans taking a moment to appreciate a funny text while he beats Scott to a pulp. It’s up to you to decide whether we need to let Scott Pilgrim go, but nerd culture has grown up a little since its release. Scott, presumably, would be proud.

Scott Pilgrim vs. the World is streaming on Netflix.

Cast your mind back to the mist-shrouded days of 2010. The MCU had swollen to a staggering three films, Avatar’s theatrical run lasted through August, and Call of Duty: Black Ops shattered sales records. Lest dweebs celebrate too much, they also had to suffer through a terrible Prince of Persia movie and an even terribler…

Cast your mind back to the mist-shrouded days of 2010. The MCU had swollen to a staggering three films, Avatar’s theatrical run lasted through August, and Call of Duty: Black Ops shattered sales records. Lest dweebs celebrate too much, they also had to suffer through a terrible Prince of Persia movie and an even terribler…

The writer behind M. Night Shyamalan’s next movie finally speaks out

A fun, frantic Japanese superhero movie with too much style to spare