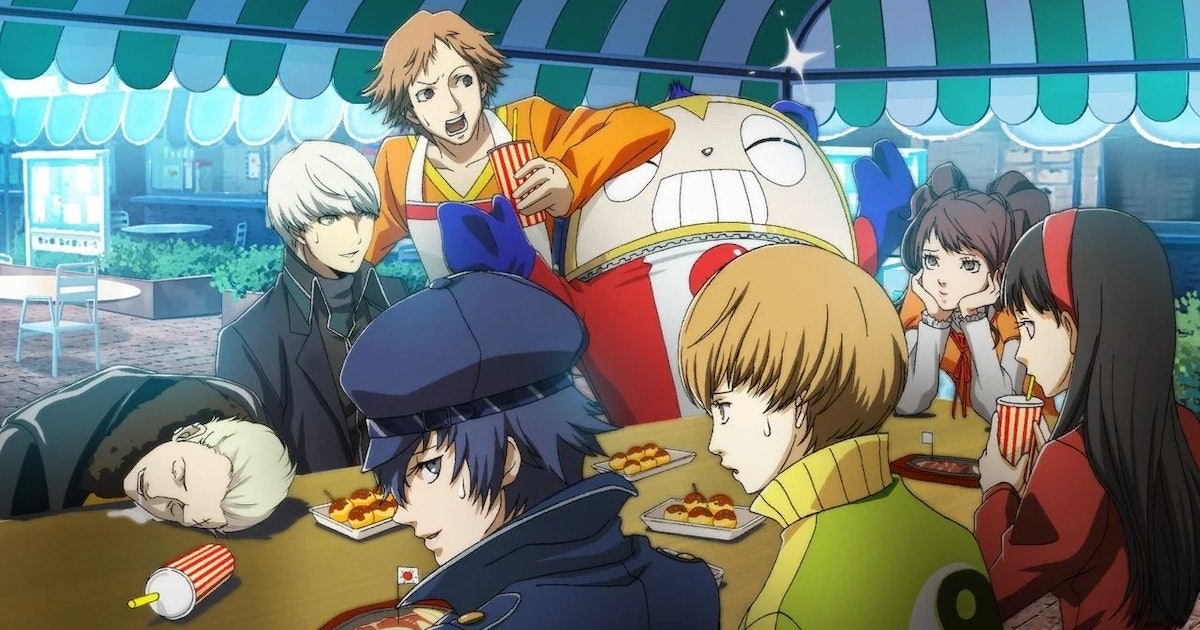 9 essential things to know before you play

After years of waiting, the Persona games are finally making their way out of their handheld prison, with Persona 3 Portable and Persona 4 Golden coming to all modern consoles. Persona games have a unique mix of dungeon crawling and social simulation that no other game series has been able to emulate, and this generally means they have a lot of complex systems and mechanics.

It’s such a dense game that it’s easy to miss a lot of little things, and it can even just be a struggle to decide how to spend your time. We’re here with a few tips you’ll want to keep in mind as you pass the months away in Persona 4 Golden’s sleepy town of Inaba.

At any time you can head to the restaurant Aiya to undertake a Beef Bowl challenge, which will raise a random stat if you manage to beat it. However, you’re better off waiting for rainy days, as when the weather is rainy you can take on the Mega Beef Bowl challenge. This challenge will randomly raise three different stats for the protagonist when beaten. The only catch is that the challenge costs a whopping 3000 yen, so make sure you have some money.

The Mega Beef Bowl Challenge can raise Knowledge, Diligence, Courage, and Understanding, although it won’t ever raise Expression. At the same time, many of the stores in the shopping district will have exclusive sales or deals or rainy days so it’s worth exploring a bit as well, especially if you don’t have any more pressing activities to do.

Just like Persona 5, Persona 4 Golden has a variety of books you can read for bonuses, stat boosts, and more. One of the first you should tackle is Expert Study Methods. This handy tome increases the Knowledge you gain whenever you study, and there are quite a few days throughout the story that you’ll be forced to study.

The book can be purchased from the Book Store starting on April 20, and takes three turns to read, but it’s well worth it the earlier you get it done.

Unlike the Confidants of Persona 5, most of the Social Links in Persona 4 Golden don’t provide any kind of mechanic incentive, they’re just story based. The one big exception to that is the Hermit Social Link, which takes the form of a fox at Tatsuhime Shrine.

This Social Link will automatically start on May 5th, and in order to raise it you need to head to the shrine and fulfill the “wishes” the fox gives you. What’s really useful, however, is that the fox will appear in save rooms in the TV world dungeons, and, for a price, he’ll heal your HP and SP. This is incredibly useful as dungeons get tougher later on, especially if you’re looking to complete dungeons in one or two days and save yourself some free time.

While side character Social Links don’t have direct benefits that’s not true for your party members, as raising their Social Links can lead to handy benefits in combat. There are a variety of bonuses, like party members being able to endure mortal blows or learning specific abilities, such as Yosuke learning Trafuri at Rank 2, which lets you instantly escape from battle.

It’s generally a good idea to focus on party member Social Links when possible, or at least the party members you use the most. The other important link to focus on is Persona 4 Golden’s special bonus character, Marie. She does not appear in the original release of Persona 4, but the Golden version adds a bunch of additional story content and characters, just like Persona 5 Royal.

If you’re looking to see the game’s true ending, you need to max Marie’s social link before December 23.

One of the big hidden mechanics in all Persona games has to do with raising Social Links and having the corresponding arcana. If the protagonist has a Persona of the same arcana type as the Social Link you’re trying to raise, you’ll get a bigger boost when you hang out with the person. For example, Yosuke is the Magician arcana so anytime you hang out with him you absolutely want to have a Persona that also has the Magician arcana type.

There’s certainly no reason you have to complete every Social Link in the game, but if you’re looking to maximize your time make sure you’re pairing arcana every time you hang out with someone.

The Central Shopping district has soda machines that you can purchase super valuable SP-restoring items from, but you’ll notice that you can only buy five at a time before they run out. These machines restock every Monday, so make sure to head over and purchase more SP items, as you’ll absolutely need them for dungeons.

3. Check your fridge every night

Every night you go home to the Dojima residence you can check the fridge to see if there’s food. A lot of the time there won’t be anything, but occasionally you’ll find that Nanako has stocked the fridge, and you’ll be able to make lunch for the next day. Making a lunch means you can share it with a friend the next day, which gives you a free boost to that Social Link. It’s absolutely worth doing and doesn’t waste any time, so you should be checking every night.

Occasionally, you’ll find some mystery food in the fridge as well. You can try and eat the food to get a boost to Courage, but you’ll end up having to instantly go to bed that night and won’t have time to do anything else.

2. Gardening can be tremendously useful

Gardening is a feature you’ll unlock early on in Persona 4 Golden on May 22. You can buy seeds to plant from Junes as well as a woman outside the Dojima house, and planting seeds does take up time when you do so. However, the seeds yield items that are absolutely worth it, and will help when exploring dungeons, such as keys for chests or SP restoration. Here’s a list of seeds in the game, how many days they take to grow, and what they do.

1. Do dungeons in one day

Each dungeon in Persona 4 Golden will have a date you need to beat it by, but you don’t actually have to wait until that time. You can beat each dungeon the first day it’s available, sometimes the first two days because of story reasons. It’s usually a good idea to beat dungeons as quickly as possible, as it means the rest of the time limit you’ll be free to spend doing whatever you want; boosting Social Links, raising skills, etc.

After years of waiting, the Persona games are finally making their way out of their handheld prison, with Persona 3 Portable and Persona 4 Golden coming to all modern consoles. Persona games have a unique mix of dungeon crawling and social simulation that no other game series has been able to emulate, and this generally…

After years of waiting, the Persona games are finally making their way out of their handheld prison, with Persona 3 Portable and Persona 4 Golden coming to all modern consoles. Persona games have a unique mix of dungeon crawling and social simulation that no other game series has been able to emulate, and this generally…