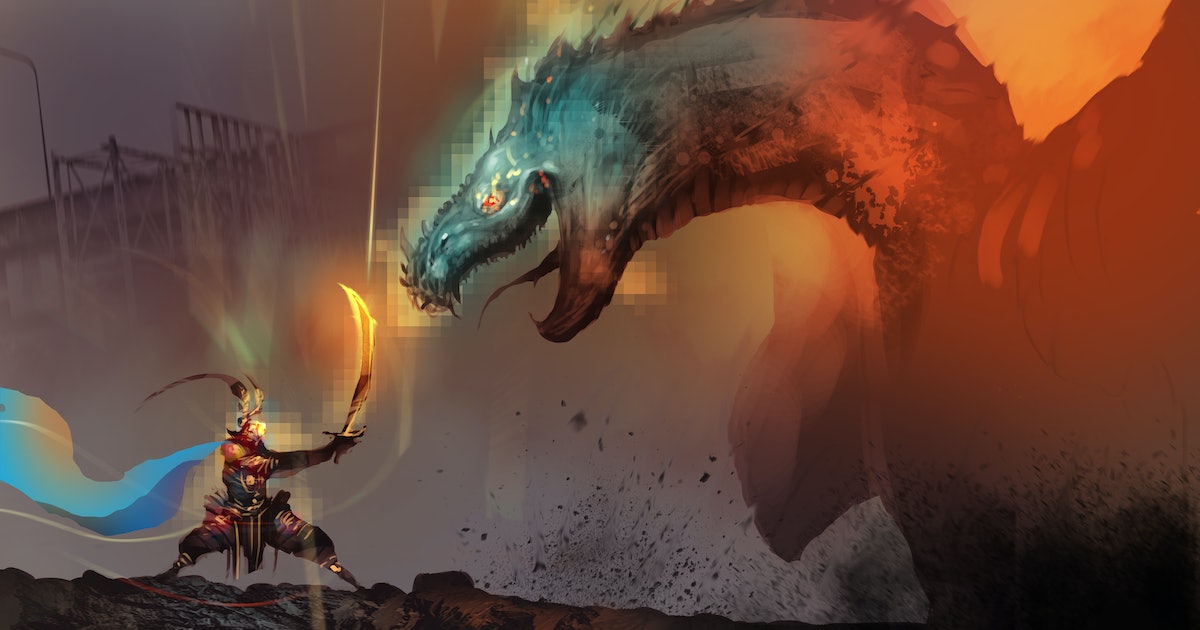 The best Dungeons & Dragons adventures I’ve ever had — whether as the Dungeon Master guiding the story or as a player experiencing it — have been original “homebrew” creations not published by Wizards of the Coast. Sure, they might adapt locations and storylines from official materials and use the game’s core systems, but it’s wholly original content.

In some cases, the creative process is akin to writing a novel or video game, and some of the best content creators make a living producing and reselling remixes of existing storylines or entire unique adventures. But now, Wizards of the Coast and parent company Hasbro is poised to put major restrictions on this type of content — and the community is not happy about it.

“[Wizards of the Coast] has shown that they are the dragon on top of the hoard, willing to burn the thriving village if only to get a few more gold pieces,” an impassioned open letter published January 8 reads. “It’s time for us to band together as adventurers to defend our village from the terrible wyrm.”

So how did Wizards of the Coast go from beloved publisher to the villain of the D&D community? Let’s dive in.

What Happened — Back in August 2022, Wizards of the Coast revealed ambitious plans for One D&D, a major backward-compatible update to the existing 5th edition that incorporates new digital resources. The wider D&D community vocalized concerns about how it might impact the creation of third-party materials and content. The existing Open Game License (OGL) is a public copyright license that, with some reasonable restrictions, allows anyone to publish and sell royalty-free D&D materials. This open approach to game design has played a significant role in the game’s growing popularity in recent years. But how might that change in the new era of D&D?

By December 2022, Wizards confirmed that the OGL version 1.1 was in development, and io9 reported the controversial details of a leaked version of the document on January 5. The document, which is allegedly ten times as long as the previous OGL, de-authorizes the original and puts far more restrictions on the monetization of third-party content while stifling a thriving creative community.

On January 8, a group of third-party publishers led by Mike Holik of Mage Hand Press revealed the #OpenDND internet campaign which includes an open letter and petition that stands directly opposed to the OGL 1.1.

“It chokes the vibrant community that has flourished under the original license,” the open letter reads. “No matter the creator, it locks everyone into a new contract that restricts their work, makes it mandatory to report their projects and revenues to Wizards of the Coast, and gives WotC the legal right to reproduce and resell creators’ content without permission or compensation.”

A number of beloved tabletop games — like Pathfinder 1E and 2E, 13th Age, Fudge, and Traveller — which use D&D as their backbone will either have to stop publishing new content altogether or pay 25 percent of all revenue to Wizards. And, it sounds like selling previously published content also won’t be possible under the terms of the OGL 1.1.

For the largest content creators in the industry, Wizards will institute a 25 percent tax on all sales above $750,000.

“This is anti-competitive, monopolistic behavior designed to crush small businesses that collectively employ hundreds of designers, writers, and artists,” the #OpenDND letter says regarding this specific facet. “Under this tax, it becomes impossible for creators to put books on game stores’ shelves or run Kickstarters for large audiences. Even though this only affects some companies in the space, those targeted are still tiny compared to Wizards of the Coast, which made $1.3 billion in 2021.”

The new OGL also says that Wizards “can modify or terminate this agreement for any reason whatsoever, provided We give thirty (30) days’ notice.” So Wizards can essentially get any content published under this license removed from the internet within a month under the legal threat of copyright infringement.

Anyone who uses a crowdfunding site must pay a “25 percent royalty on Qualifying Revenue” but Wizards has a preferred relationship with Kickstarter, which only incurs a 20 percent royalty fee. Director of Games at Kickstarter Jon Ritter clarified on Twitter that Wizards approached him about the changes and he thought it best to “advocate for creators” to get the discount. But there’s also the obvious truth that this means Kickstarter will in turn receive more revenue. The vast majority of these content creators will use Kickstarter simply because it is the cheaper option.

Among the most controversial changes in OGL 1.1, however, is the requirement that, regardless of how much revenue the creator earns, they have to register their content with Wizards of the Coast and provide the company with a copy. It also grants Wizards a sweeping “nonexclusive, perpetual, irrevocable, worldwide, sub-licensable, royalty-free license to use that content for any purpose.”

In other words, if a person writes a really cool adventure under this license and makes $26 off of a few people buying it, but then it catches the eye of a game designer at Wizards, the company could technically use that content however it wants — without paying the creator.

The bigger picture — When we zoom out to reflect on the bigger picture, the trend here is readily apparent: Wizards of the Coast seems well aware of what has driven the success of Dungeons & Dragons in recent years, and it’s looking to consolidate — or replace — various third-party resources under one corporate umbrella.

As the #OpenDND letter puts it, “The OGL has done more to foster creativity and innovation in the tabletop gaming ecosystem than any other element.” That’s true, and the OGL 1.1 would functionally give Wizards more control over the content, its distribution, and the money generated.

Particularly in the last three years, digital tabletop resources like Roll20 have been vital to keeping the adventures going, simulating a game table in an interactive digital space. But resources like these cannot operate using D&D under OGL 1.1, a major blow that directly impacts my own table that’s been playing weekly via Roll20 for six years.

The One D&D initiative also includes an in-development fully immersive 3D playspace that seems poised to supplant Roll20 with a suite of creative tools and D&D Beyond integration. If it’s better than Roll20, I’ll gladly use it, but that doesn’t negate the fact that the OGL 1.1 effectively neuters a vital resource that’s been a major part of my own personal D&D experience. And, if I ever want to formally publish anything set in my campaign setting called the Realm of the Dreamweaver, I’ll have to be very careful about where and how I publish it — lest Wizards of the Coast take more of my gold.

Based on OGL 1.1, the One D&D era is starting to feel more about control, money, and the control of money.

The best Dungeons & Dragons adventures I’ve ever had — whether as the Dungeon Master guiding the story or as a player experiencing it — have been original “homebrew” creations not published by Wizards of the Coast. Sure, they might adapt locations and storylines from official materials and use the game’s core systems, but it’s…

The best Dungeons & Dragons adventures I’ve ever had — whether as the Dungeon Master guiding the story or as a player experiencing it — have been original “homebrew” creations not published by Wizards of the Coast. Sure, they might adapt locations and storylines from official materials and use the game’s core systems, but it’s…

Automata Ver1.1a’ is already the must-watch anime of the season

How to make Zack unstoppable