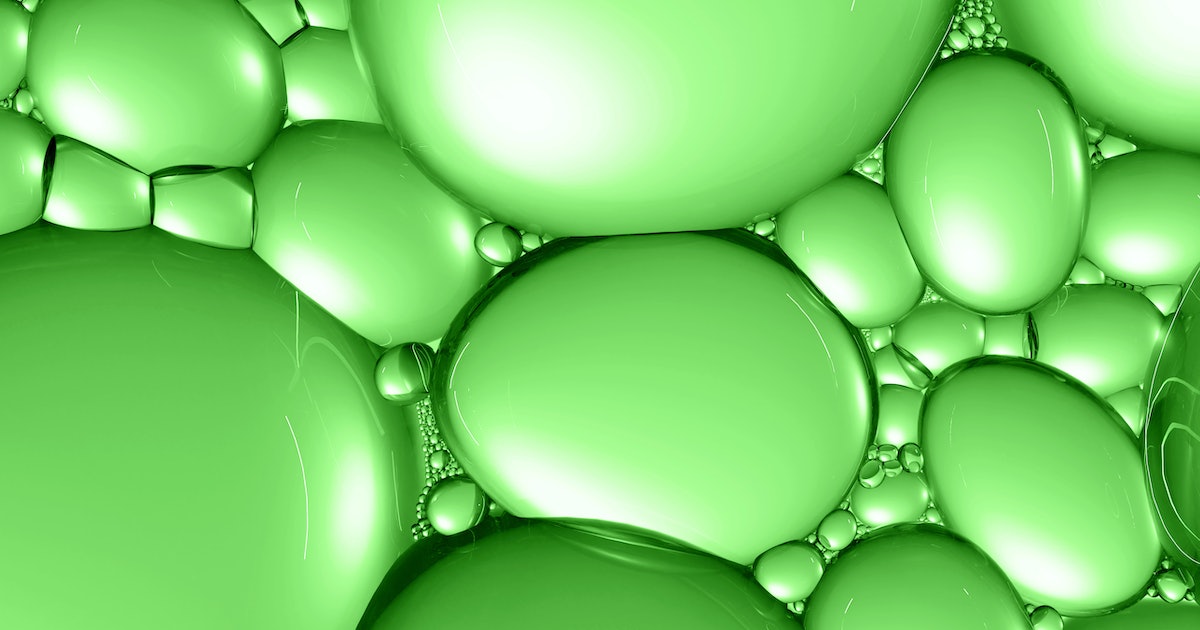 This leaf-inspired device could be the key to hydrogen farms

Hydrogen fuel may not sound like Hollywood material, but it plays a key role in Rian Johnson’s latest murder mystery, Glass Onion. Without spoiling too much, a crystal of solid hydrogen acts as a Chekov’s gun that pays off in spectacular fashion.

Moviegoers may be forgiven for thinking that this futuristic fuel is a purely fictional creation. To be fair, room-temperature crystal hydrogen is no easy feat.

But in liquid and gas form, hydrogen has powered various devices for years. In fact, as we transition away from fossil fuels, it’s poised to become a powerful green energy source. But the vast majority of today’s hydrogen fuel comes from fossil fuels, so scientists are searching for more sustainable production methods.

Now, an international team of researchers is working on a method of pulling hydrogen fuel from the air using sunlight. Their research, which was published this week in the journal Advanced Materials, drew inspiration from photosynthesis in plants. And unlike the hydrogen crystals in Glass Onion, this fuel (while still flammable) probably won’t scorch any famous works of art.

Here’s the background — Scientists have looked into hydrogen fuel for centuries. Way back in 1783, French physicist Jacques Alexander Cesar Charles became the first to harness its power for transportation — he filled a balloon with hydrogen and successfully hoisted himself aloft for over 2 hours.

Then in 1842, Welsh scientist William Grove created the first hydrogen fuel cell. While Grove’s “gas batteries” didn’t really produce enough electricity to be of any real use, his idea would eventually prove fruitful. Today, hydrogen provides power to the International Space Station, and NASA uses liquid hydrogen fuel to launch many of its rockets into space. Additionally, fertilizer production often utilizes hydrogen recaptured from natural gas.

Hydrogen offers obvious benefits as a fuel source. For one, unlike fossil fuels, hydrogen-generated electricity doesn’t add greenhouse gases to the atmosphere — its primary byproduct is plain-old water.

Hydrogen fuel cells are also self-sustaining, storing power without the need for charging. “In a future without fossil fuels, we will need hydrogen,” says Kevin Sivula, a chemical engineer at the Swiss Federal Institute of Technology in Lausanne, Switzerland and co-author of the study.

But today’s hydrogen fuel also comes with a major drawback: It’s hard to store in gas or liquid form at a useful pressure. And to address the Hindenburg in the room: hydrogen is, famously, very flammable.

Roughly 400 hydrogen-related accidents have occurred the United States since the 1960s, some of them fatal. Yet hydrogen isn’t necessarily riskier than other common fuels. That number pales in comparison to the 4,200 fires sparked by natural gas leaks that occur in U.S. homes per year.

And when handled properly, hydrogen gas can pose less of an explosive risk than fuels like gasoline and propane, which tend to burn much hotter and longer thanks to their chemistry.

What’s new — Sivula and his colleagues aimed to find a way to pull hydrogen fuel from the air that avoids burning natural gas. That’s why his team developed a solar-powered electrode inspired by leaves. In nature, sunlight gives plants the energy to perform photosynthesis, the process of taking in carbon dioxide and water and turning these molecules into sugars and starches. Plants then store energy from the sun in chemical bonds inside of these sugars and starches.

Similarly, the researchers’ electrodes draw energy from the sun and store it in hydrogen gas bonds. While this sounds simple in principle, it can be tricky in practice. “To try to mimic the natural photosynthetic leaf, we needed to develop a gas diffusion electrode that was transparent,” Sivula says. The team used glass wool — basically a porous form of quartz — as the basis for their electrode.

After fusing the wool, they covered it with a super thin, semiconductive layer of metal. The resulting material allows sunlight to stream through, while simultaneously promoting water molecules to stick to its surface.

The researchers had previously demonstrated a similar technology in a liquid material. But liquid fuel cells are much harder to scale up than gas-diffusion cells.

What’s next — So far, the researchers have demonstrated each component of their photosynthetic fuel cell separately. But they haven’t yet put the whole shebang together. “It’s still too complicated,” says Sivula. The next steps will involve connecting the two electrode components — a negatively charged anode and a positively charged cathode — into a fully functional device.

Their vision is to create a series of meter-long panels to farm hydrogen on a large scale. “We want to cover the desert with our devices eventually,” Sivula says. And, of course, they plan to store the resulting green fuel safely and responsibly.

Hydrogen fuel may not sound like Hollywood material, but it plays a key role in Rian Johnson’s latest murder mystery, Glass Onion. Without spoiling too much, a crystal of solid hydrogen acts as a Chekov’s gun that pays off in spectacular fashion. Moviegoers may be forgiven for thinking that this futuristic fuel is a purely…

Hydrogen fuel may not sound like Hollywood material, but it plays a key role in Rian Johnson’s latest murder mystery, Glass Onion. Without spoiling too much, a crystal of solid hydrogen acts as a Chekov’s gun that pays off in spectacular fashion. Moviegoers may be forgiven for thinking that this futuristic fuel is a purely…

The 5 biggest EV announcements of CES 2023