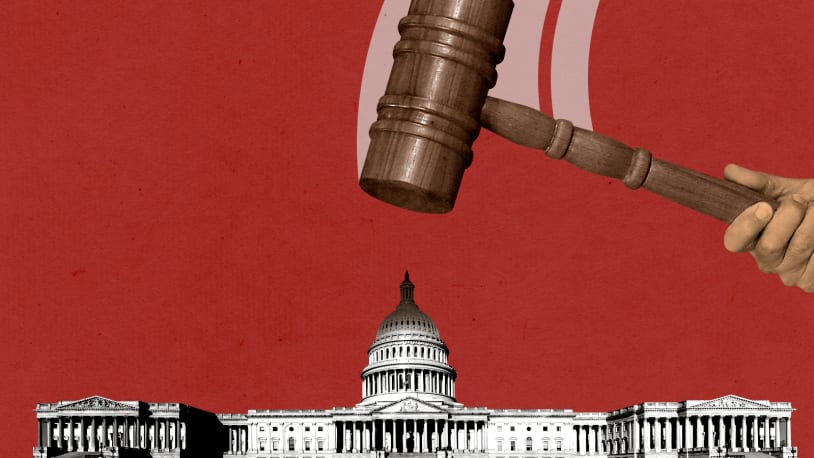 The brutal speaker battle was just the beginning

Early Saturday, California Republican Rep. Kevin McCarthy finally locked in a razor-thin majority of votes to become speaker of the House — a job he’s coveted for nearly a decade — after more than a dozen failed ballots that had paralyzed Washington and left many within his own party fuming. McCarthy’s victory, the product of intense, unruly negotiations and a suite of conspicuous concessions to the GOP’s rightmost flank, now places the former House Minority Leader at the head of a rancorous, fractious body not only strained across the typical partisan divide of Democrats and Republicans, but with the added challenge of a major schism between factions of the GOP itself — one that had already plunged the House into chaotic gridlock before the session could fully begin, with a must-pass tranche of House Rules looming next on the agenda.

But as dysfunctional as this speakers race was, the fact remains that this Congress has years of ostensible legislating ahead of it. And if the past week (and the preceding months of intra-party acrimony) are any indications, the path forward for the House as a whole — and the GOP caucus in particular — won’t be an easy one. Here’s what you need to know:

Will America default on its loans?

Arguably the most immediate concern for the 118th Congress is the looming fight over raising the federal debt ceiling, the statutory limit to how much the government can borrow to pay its existing loans. And with Democrats in control of the Senate and White House, any action by the Republican House to not adjust the limit as it’s reached — likely sometime this coming spring or summer — could put the country at significant financial risk by gridlocking the legislature over the issue. Serious overall risks notwithstanding, the far-right Republicans who repeatedly scuttled McCarthy’s speaker’s bid made it one of the central pressure points in their negotiations.

“Us 20 [McCarthy holdouts] want changes, and we’re going to stay here until we get it,” Rep. Ralph Norman (R-S.C.) declared last week. “Could McCarthy all of a sudden morph into a fiscal conservative? We’ll see. Is he willing to shut the government down rather than raise the debt ceiling? That’s a non-negotiable item.”

In part, using the debt ceiling as an intra-party wedge is not simply about the borrowing limit, no matter how much it’s become a bugbear itself for fiscal conservatives. As Institute of Policy Studies fellow Sanho Tree noted on Twitter, “the 20 opposed to McCarthy want all-out war against Democrats & Biden. They think that by taking the debt ceiling hostage this year, the House can force the Senate & WH to agree to slashing spending, a border wall, and cuts to Medicare & Social Security.”

Speaking with Bloomberg Radio ahead of Saturday’s vote, Rep. Brad Sherman (D-Calif.) arrived at a similar conclusion, albeit from a different angle, pointing out that diffusing the ticking time bomb of a potential debt limit crisis could help sway some members of his own party into backing McCarthy. Ultimately, Sherman posited, his party’s calculus might come down to deciding between the possibility of a further-right wing figure as speaker, or “a Kevin McCarthy who’s made concessions to us to make sure that the government isn’t shut down and the full faith and credit of the United States is not destroyed.”

Among the major issues laid bare during the intra-GOP speakership fight last week was a debate over how, and when, members of the party can prompt a vote to remove McCarthy — or anyone else later put in his position. Current House rules state that it would take a majority of Republicans to call for a rarely used vote — known as a “motion to vacate” — in order to begin the process of ousting the current speaker. The anti-McCarthy camp of Republican representatives have long pushed to lower that threshold significantly — with McCarthy ultimately relenting to allow at first five, and then any single Republican lawmaker to call for the motion in order to secure their support.

After McCarthy initially agreed to lower the threshold to five, The Washington Post‘s Aaron Blake wrote that “what that means, practically speaking, is that five Republicans could attempt to thwart McCarthy’s (or anyone else’s) speakership not just this week, but at any point in the future. Five is not only the proposed threshold for forcing the vote — it’s also the number of members who could join with Democrats to oust the speaker. And this wing of the party has proven it’s willing to wreck shop to bend leaders to its will.”

Put another way: The next two years could see multiple speaker battles, over and over again, with any one member of the party able to trigger a leadership crisis for any reason, at any time. The already challenging prospect of wrangling a fractious caucus with a barely there majority becomes that much more fraught, with the Damoclean sword of a potential leadership coup hanging over every decision. While the stakes of this past week’s speaker votes have been uniquely high, given the timing, future fights — or even the potential for future fights — could become similarly paralyzing for the normal course of congressional business. As Democratic Sen. Chris Murphy of Connecticut warned: “The problem is … this isn’t just today. This is going to be every day in the House Republican majority. It’s not just that they won’t be able to govern. It’s that they are going to be an embarrassing public train wreck while they refuse to govern.”

Arch-conservative Texas Republican Sen. John Cornyn seemed to agree, telling HuffPo, “As hard as this is, this may be the easiest thing [McCarthy] does all year, because once he’s elected speaker, then he’s going to have to keep the group together.”

Speaking with Meet The Press‘ Chuck Todd on Sunday, Rep. James Comer (R-Ky.) acknowledged the likelihood that McCarthy will, at some point, have his speakership challenged by way of that lowered threshold. But, Comer added, “Kevin McCarthy needs a chance to govern and we’re gonna give him a chance.”

Rep. James Comer (R-KY) on whether Kevin McCarthy will face a motion to vacate in the next two years: “I’m not convinced we can go the entire Congress without having it” but “Kevin McCarthy needs a chance to govern and we’re gonna give him a chance.” pic.twitter.com/TKXBNmojTm

Who rules the Rules?

Among the concessions given to his former detractors by McCarthy, none may end up being as consequential to the actual legislative process as his decision to name three members of the Republican Freedom Caucus to the powerful House Rules Committee. As its name suggests, that is the body that effectively dictates how the House operates in regards to the rules for considering amendments, and as such, has extraordinary leverage over the House as a whole. While that committee has usually been used as a mechanism by the speaker — through allies appointed as proxies — for maintaining control of moving legislation along, placing three members of McCarthy’s main intra-party antagonist group means that the committee once known as “the Speaker’s Committee” can no longer be relied upon to act entirely on his behalf. Instead, it now becomes another lever of power for McCarthy’s detractors to use to either keep him in line with their legislative priorities or punish him for acting against them.

Citing a “former House GOP leadership source,” Politico writes that efforts by McCarthy’s camp to downplay the power of the Rules Committee over that of the speaker’s gavel “doesn’t take into account that the power of the floor isn’t just about what reaches it, but also what doesn’t — and what processes are permitted via amendment.”

To that end, in order to become speaker, McCarthy has essentially added one more layer of requisite negotiations — and potential terminal stops — to the already fraught process of moving pieces of legislation through his narrow Republican majority.

What does all this infighting mean for the Republican brand?

Ultimately, some of the most serious damage of this protracted speakers race could be to the GOP’s reputation. As Sen. Murphy — and many conservatives — noted, the historic inability of the Republican caucus to pick a speaker has cast their entire party in a conspicuously bad light, just as they assume control of a chamber of the legislature for the first time in years. As former White House strategist Karl Rove put it, “The fact [the Anti-McCarthy bloc was] driven to nominate Byron Donalds, an unremarkable sophomore, is a sign of incompetence, stupidity, and absurdness of all this. This is not a serious exercise. It is an infantile temper tantrum.”

Even the GOP obstructionists seemed keenly aware of the reputational damage their party faces as a result of last week’s impasse. Speaking on the House floor during the speaker vote, Rep. Chip Roy (R-Texas) attempted to give the chaos a positive spin, even as he acknowledged the potential for negativity. “The American people are watching, and that’s a good thing,” Roy said. “What we’re doing is exercising our rights to vote and have a debate and have a discussion about the future of this country through the decision of choosing a speaker.”

NPR’s Domenico Montanaro, however, summed up the GOP’s problem succinctly, writing that “for all the talk in Washington of ‘Dems in disarray,’ this is again another example of the chaos that continues to surround House Republicans. With just a four-seat majority, how can they govern if they’re going through all this just to pick a leader?”

In other words, Republicans have been given a narrow, but very real, opportunity to lead. So far, all they’ve done with that chance is assemble at the starting line and open fire on one another with the starter pistol. The question now becomes: What, if anything, can they do to fix their self-inflicted wounds in the eyes of the public?

January 9, 2023 January 9, 2023 Early Saturday, California Republican Rep. Kevin McCarthy finally locked in a razor-thin majority of votes to become speaker of the House — a job he’s coveted for nearly a decade — after more than a dozen failed ballots that had paralyzed Washington and left many within his own party fuming. McCarthy’s victory, the…

January 9, 2023 January 9, 2023 Early Saturday, California Republican Rep. Kevin McCarthy finally locked in a razor-thin majority of votes to become speaker of the House — a job he’s coveted for nearly a decade — after more than a dozen failed ballots that had paralyzed Washington and left many within his own party fuming. McCarthy’s victory, the…