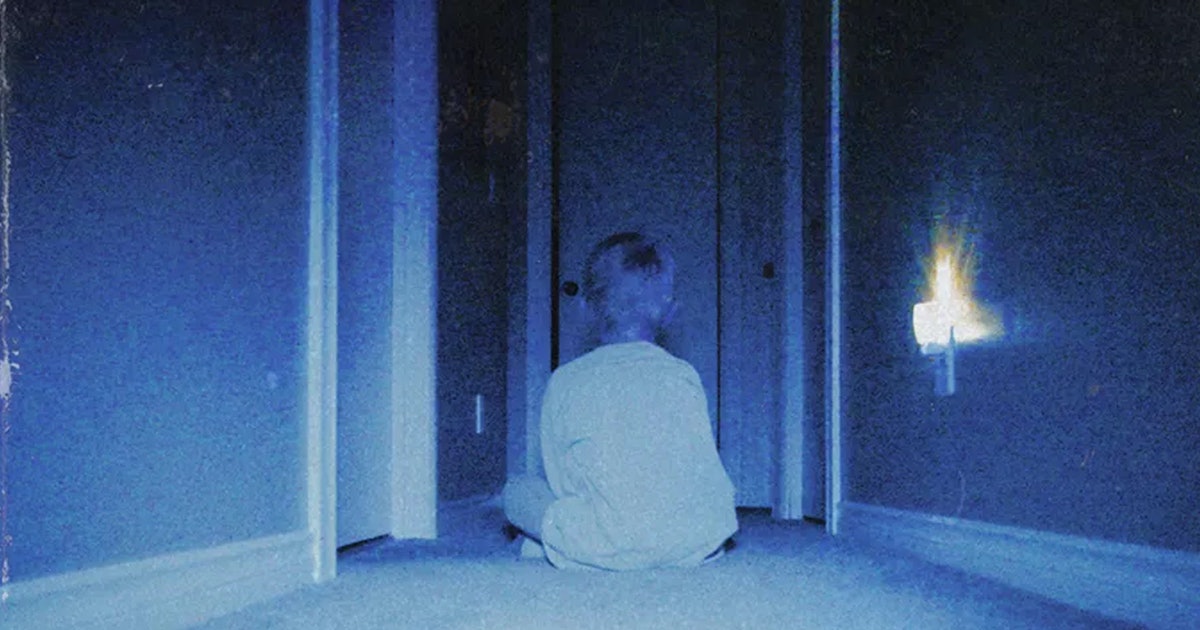 When we talk about the “scariest movie of all time,” we talk about a lot of different movies. The corner where variety and taste meet is the busiest intersection in all of arts discourse. Because not everyone is going to be scared by the same things, the horror genre has been allowed to flourish.

But from now on, when we talk about the “scariest movie of all time,” we’ll be talking about Skinamarink, a slow-burn lo-fi nightmare by independent filmmaker Kyle Edward Ball.

The Shudder original, which will make its way to the streamer later this year following a successful festival run, is just as effective as its unsettling trailer sets it up to be. The film, despite its slow pace, is easily the most sinister and downright malevolent story put to film in a long time. It will put a spell on you, paralyze you, and invade your very soul in a way no other film can or has even tried to. That alone makes it the best horror film of the year. But further still, it is without question one of the best horror movies ever made, period.

Skinamarink tells the nightmarish tale of Kevin (Lucas Paul) and Kaylee (Dali Rose Tetreault), two kids under the age of 7 who wake in the middle of the night to find that their father has gone missing. As their confusion grows, the home’s doors and windows also start to disappear. To cope with a situation they can’t fully comprehend, the pair retreats to their living room to set up camp by the light of old, eerie cartoons on a dated television. But soon, they realize that there is something invading their space that desperately wants their attention.

The thing about Skinamarink, which is obvious on the surface but still monumentally necessary to discuss, is that it’s so technically marvelous that it’s hard not to fall in love with it merely as an exercise in filmmaking. It’s not going to be for everyone, but Ball and his cinematographer, Jamie McRae, are undeniably skilled at manipulating shots of unending low light until they become primal portals of terror. Each pitch black tableau dares us to try to make sense of what might be lurking in the darkness. Ball is calculated about when he actually places horrors for us to find in the shadows, but he knows when to pack on the scares and when to use restraint — so much so that the jumpscares, of which there are only a few, are the most effective in recent memory.

Ball is just as successful at creating impossible visuals as he is at giving us shots that seemingly contain nothing at all. A major tenet of the reality-defying world these children find themselves in is the bastardization of childhood innocence, and the filmmaker finds many different ways to unsettle us with items that never scared us before. Some of the film’s best moments hinge on unending piles of toys and household items inexplicably floating and sticking to the ceiling. These impossibilities make us feel unsafe in a space where we used to let our guard down, and the effect these realizations have on the audience — and the children in the film — is staggering.

The writer-director also uses sound and sparse subtitles to further subvert what would normally bring us comfort: strange cartoon jingles, ugly warped speech, even just straight-up emotional manipulation through the questions of a child. Sound is just as important as the visuals in Skinamarink and Ball has figured out just how to build atmospheric dread that works because of how those elements function in tandem.

And because childhood is at the forefront of this piece in so many aspects, Skinamarink is deeply emotionally resonant. It’s hard not to want to jump through the screen to rescue the kids at the center of this story. One scene in particular — no spoilers, this film deserves to be experienced with as little detailed plot knowledge as possible — is so emotionally devastating yet viscerally terrifying, my body’s natural reaction was to sob. It is in no way rare for horror to have a strong emotional throughline, and some of the genre’s best work hinges on its connection to catharsis, but this film only works because of its commitment to terrorizing the vulnerable. It’s the kind of bold dedication that elicits a strong (and, in my case, uncontrollable) emotional response.

Finally, Skinamarink does something rarely, if ever, done in horror — and the film does it at the very end. In a very smart, inventive, and downright offensively terrifying way, the movie turns its gaze upon the audience. It’s an absolutely distressing note to leave this film on, but deeply powerful in the primal fear it insights in the viewer just as the movie is coming to a close. It asserts that no, you are not a safe and innocent bystander, you have a reason to stay scared. You will be thinking about this movie after it’s over, when you lay your head down to sleep and your brain thinks maybe there’s something in the corner of your bedroom. It might not ever fully leave you.

Skinamarink is a downright evil film that isn’t afraid to stalk the emotional core of your nostalgia until it morphs into something unrecognizably petrifying. And, thanks to a strong filmmaker’s visionary execution, there is no doubt it will be celebrated as a singular horror achievement for as long as the genre prevails.

When we talk about the “scariest movie of all time,” we talk about a lot of different movies. The corner where variety and taste meet is the busiest intersection in all of arts discourse. Because not everyone is going to be scared by the same things, the horror genre has been allowed to flourish. But…

When we talk about the “scariest movie of all time,” we talk about a lot of different movies. The corner where variety and taste meet is the busiest intersection in all of arts discourse. Because not everyone is going to be scared by the same things, the horror genre has been allowed to flourish. But…

James Cameron is confident he can complete his Avatar “saga”