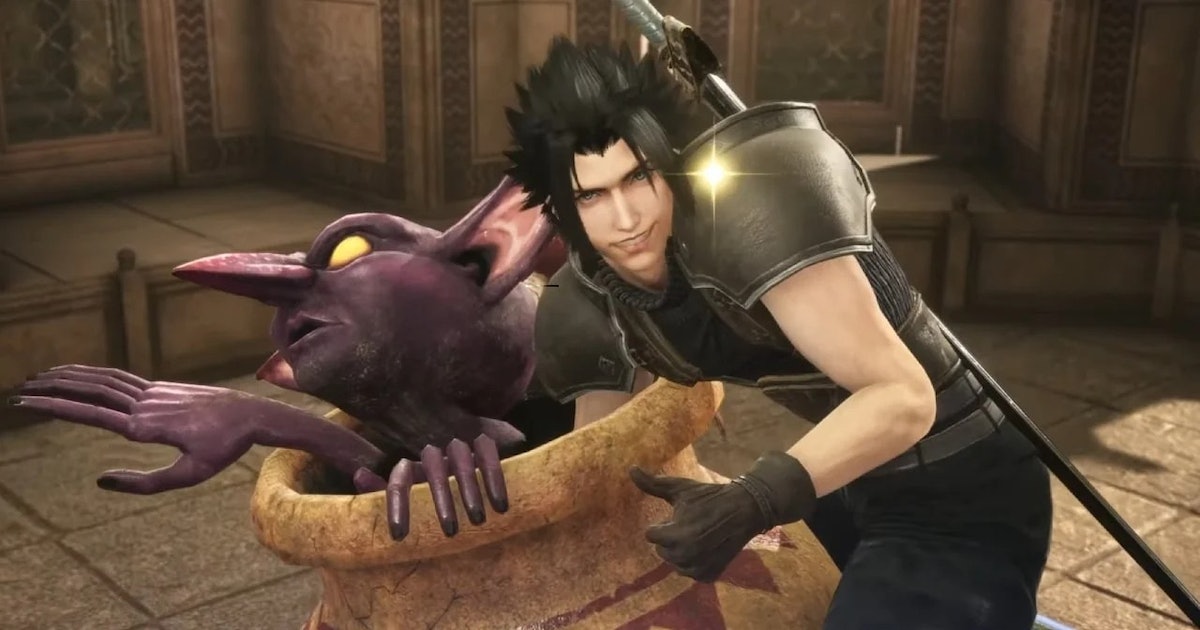 How to make Zack unstoppable

Crisis Core Reunion uses a lot of the same mechanics as Final Fantasy 7, with the iconic Materia system returning once again, in an even larger way. Zack can equip a variety of Materia that let him use magic spells, abilities, give stat boosts, make certain DMW reels more likely, and more. Materia is your primary way of powering up Zack, and Crisis Core Reunion has dozens of options for loadouts and combat styles. The further you get into the game the more options you have, and it can be a bit tough to parse what Materia is worth investing in. Here are a few suggestions for some of Crisis Core’s best Materia setups.

Costly Punch, HP Up++, and Curaga

Costly Punch is easily the most useful Materia in the entire game, as it uses your HP to cause non-elemental damage that bypasses armor. This means if you bump up your HP, you can easily start dishing out 99,999 damage per hit. This setup is absolutely essential for taking on later missions and Crisis Core’s secret boss, Minerva. The easiest way to get Costly Punch is to fuse it by using any of the “Punch” Materia (Goblin Punch, Iron Fist) and combining it with any DMW Materia.

DMW Materia can be purchased from shows like Research Dept. QMC+ (found in a chest in Gongaga after the scene with Cissnei) and Junon Souvenirs (found in a chest in Mission 2-4-1). Once you have Costly Punch you’ll want your HP to be as high as possible, and the easiest way to do this is to equip one, or more, HP++ Materia. These can be made easily by fusing an HP Up with a DMW Materia, and then again fusing an HP Up+ with another DMW Materia. With roughly 12,000-15,000 HP you’ll max out your damage each time you use Costly Punch, meaning you can one-shot virtually any enemy in the game outside of Minerva. Of course, you’ll want Curaga to keep your HP filled whenever you use Costly Punch.

Just keep in mind you’ll need to break the damage limit with an accessory like Brutal or the Genji Gloves.

Quake is one of the strongest magic attacks in Crisis Core, hitting a wide area almost instantly with high damage. Energy is another strong magic attack that works a bit like Firaga, shooting out five blasts of magic that home in on enemies. The real usefulness of Energy, however, is that it’s non-elemental, so it’ll damage every enemy.

Quake is easy to get as you can purchase it from the Wutai Secret Shop, which is unlocked by completing Mission 4-2-6: The Five Saints of Wutai. Alternatively, you can get it as a reward for Mission 5-4-5: Experiment No. 123. There are a handful of other missions that you can get Quake in, or it might drop later in the story. Energy is even easier to get as nearly a dozen missions feature enemies that drop it, although the first one you’ll probably get it in is Mission 1-5-3: Tarantula Test.

While both these spells are powerful on their own, combining them with Dualcast will let you instantly cast them twice, back to back, resulting in massive damage. Unfortunately, you can’t fuse Dualcast, as it’s only obtained in the M9 series of missions, Great Cavern of Wonders. This is the line of missions that ultimately lead to Minerva, so you won’t unlock them until later in the game. The earliest you can find it is in a chest in Mission 9-4-1: Genesis’ Ambition. Once you have it, however, put a couple on Zack with it, and you’ll be able to take out almost any battle instantly.

The Hell versions of the main spells are incredibly useful as they have high damage but can also cause Poison, Silence, Stop, and Death. Even better, if you pair one of these with Status Ward, it’ll protect you from all of those status effects. It’s a great way to protect Zack from statuses if you don’t have a Ribbon, or other protective equipment.

Both of these Materia can be purchased from shops we mentioned in the Costly Punch section, with Lucky Stars purchasable from Research Dept. QMC+ and Moogle Power from Junon Souvenirs.

While there are plenty of good Materia combinations, there are a few that you’ll likely want to consider always carrying, or at least having to swap out. Graviga is the first one of those, as it’s an incredibly useful spell that can cause massive damage to almost any enemy. It depletes an enemy’s health by 50 percent, so it’s especially useful against tricky foes with high HP, like Tonberries. Simply fuse Gravity with Libra to turn it into Graviga.

Gil Toss is a helpful Materia to have as you rack up more money, but have fewer ways to use it. Gil Toss can hit multiple enemies and hit up to five times, meaning its damage output is pretty high, especially if you’ve boosted your attack and broken the damage limit. Gil Toss can be fused by combining Steal and any DMW Materia, or gained as a reward for completing Mission 4-4-4: Wutai in the Slums.

There are quite a few different “Drain” abilities, but Aerial Drain is generally the most useful as the jump animation can also let you dodge enemy attacks. Aerial Drain works exactly like Jump, but the damage you deal is returned to you as health. The attack has a small area of effect, which can be especially useful if you’re surrounded. Jump also lets you close the distance on an enemy, making it even more useful. The easiest way to get Aerial Drain is by purchasing it from the Wutai Secret Shop, or you can try fusing Drainga and a Jump Materia.

Crisis Core Reunion uses a lot of the same mechanics as Final Fantasy 7, with the iconic Materia system returning once again, in an even larger way. Zack can equip a variety of Materia that let him use magic spells, abilities, give stat boosts, make certain DMW reels more likely, and more. Materia is your…

Crisis Core Reunion uses a lot of the same mechanics as Final Fantasy 7, with the iconic Materia system returning once again, in an even larger way. Zack can equip a variety of Materia that let him use magic spells, abilities, give stat boosts, make certain DMW reels more likely, and more. Materia is your…