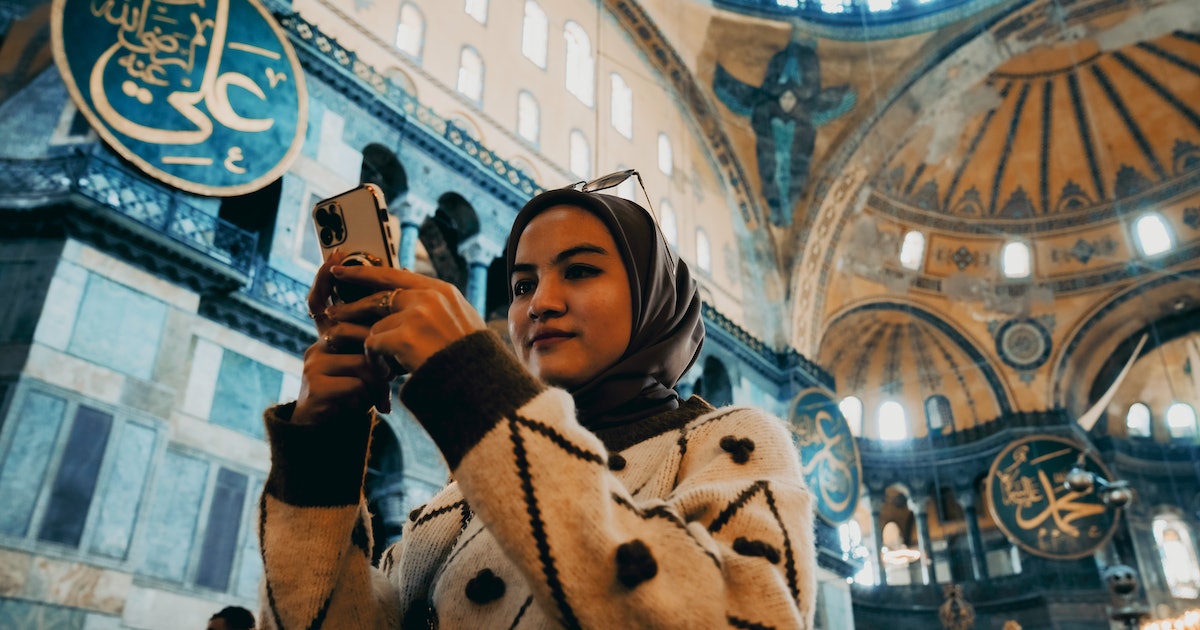 Are you a doom scroller or a frequent Tweeter? Do you pass the time by flicking endlessly through others’ posts on social networking sites, or perhaps you use these platforms to share your content? Psychologists believe our style of social media usage has important effects on our psychological well-being, but we’ve struggled to measure people’s online behavior accurately — until now.

It’s estimated that more than 4 billion people use social media worldwide, which is expected to rise to a staggering 6 billion by 2027. Although many people consider social media to be a good thing, helping us to connect with vast social networks, others argue that replacing meaningful, real-world interactions with virtual ones is having negative effects on our mental health.

This has sparked an explosion of research on the topic, which has begun to show that the way people engage with social media might be more important than how much they use it. To investigate the different ways in which people use social media, researchers have created numerous questionnaires that ask people about their online behavior.

While this research has revealed potential categories of users, it remains unclear what effects they have on our psychological well-being. This is likely due to a fundamental problem with questionnaires designed to assess behavior: how we think we behave can often be very different from how we actually act.

Rather than asking people how they use social media, we developed a tool to measure their actual behavior, the Social Networking Site Behaviour Task (SNSBT). In an online study, we asked 526 adults across the globe to engage with the SNSBT.

First, we told each person they would be connected to a network of 99 other “friends” on a new social networking platform, and they would see images posted by other members of that network. In response to each image, people could do one of three things.

They could either press “next” to scroll through the images, like it (with a heart icon), or share it with the rest of the network, which prompted comments from other “friends.” Everyone was told that not all members of the network were “friends” with every other member, so shared images would be seen by some people for the first time.

After responding to 120 images, which took approximately 30 minutes, people completed four questionnaires that asked them about their thoughts and feelings toward their social lives. How lonely they felt, their feelings of connectedness and belonging to real (physical) social networks, and the amount of emotional support they felt they got from their online networks.

It’s not what you do; it’s the way you do it

We analyzed people’s behavior on the SNSBT with a technique that allowed us to identify groups of people with similar styles of behavior during the task. This revealed three distinct groups:

Passive users pressed next on 85 percent of images. They showed a preference to scroll through the content posted by other members of the network.

Reactive users also scrolled content, pressing next on 59 percent of images, but they pressed like on just over a third of the images (compared to just 13 percent of passive users).

Interactive users pressed half the time but also shared 20 percent of the images — considerably more than passive (1 percent) and reactive users (5 percent).

The groups also reported different feelings toward their social lives. Although they did not differ in their experiences of loneliness, interactive users said they felt more connected to their physical networks and experienced more emotional support from their online networks compared to passive users. Reactive users sat in the middle.

Where do we go from here?

So, what does this all mean? Will you feel worse about your social life if you continue to doom scroll and better about it if you start liking and sharing posts? Maybe, but not necessarily. Although we found differences between the groups in people’s feelings towards their social lives, we can’t say their usage styles caused these differences because we found other factors that might play a role.

For instance, interactive users said they had larger online social networks than passive users. This makes sense, right? How can you feel socially connected if you have nobody to connect with? Also, while there were equal numbers of males and females in the passive group, there were more females in the reactive and more males in the interactive groups. It wasn’t clear why.

What this study does show is our relationship with social media is far more complex than we might have thought. It’s not as simple as asking whether the time we spend on social media is good or bad for us because the answer might depend on how we use it. The SNSBT is one of the first tools that allows us and other researchers to measure this directly.

This article was originally published on The Conversation by Charlotte Pennington and Daniel Shaw at Aston University. Read the original article here.

Are you a doom scroller or a frequent Tweeter? Do you pass the time by flicking endlessly through others’ posts on social networking sites, or perhaps you use these platforms to share your content? Psychologists believe our style of social media usage has important effects on our psychological well-being, but we’ve struggled to measure people’s…

Are you a doom scroller or a frequent Tweeter? Do you pass the time by flicking endlessly through others’ posts on social networking sites, or perhaps you use these platforms to share your content? Psychologists believe our style of social media usage has important effects on our psychological well-being, but we’ve struggled to measure people’s…

Practicing one whimsical activity may stave off brain aging — study