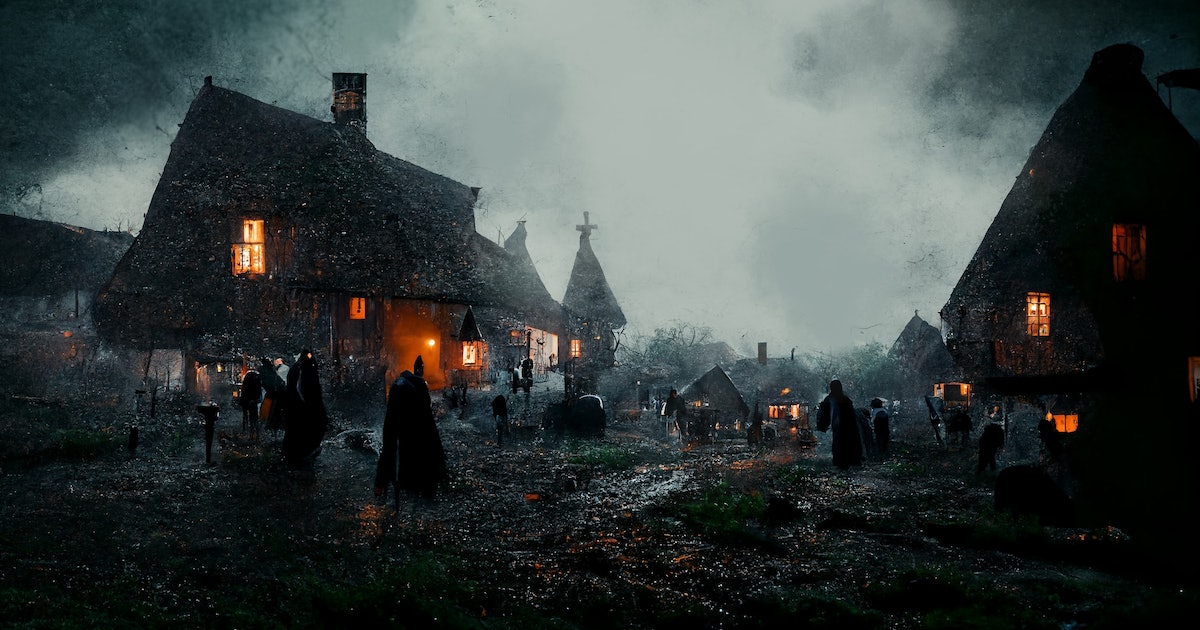 30 years ago, Jennifer Aniston made a horrible thriller — and launched an unkillable franchise

“There’s loads of movies where you’re thinking: ‘Oh god, this is just… how am I going to survive this in my future?” Jennifer Aniston remarked to InStyle in 2019. “And then it’s a cult [classic] because it’s so embarrassing.”

The Friends alum could have been talking about the terrible Gerard Butler rom-com The Bounty Hunter, her schmaltzfest Mother’s Day, or even Mac and Me (the McDonalds commercial masquerading as an E.T. knock-off she had an uncredited role in). She was, however, referring to the schlocky horror that has somehow spawned a further six films’ worth of shoe-shining, Irish-stereotyping madness. We’re talking, of course, about Leprechaun.

Celebrating its 30th anniversary today, Leprechaun was certainly an inauspicious cinematic debut for an actress who’d soon help define the decade. Director Mark Jones, who’d later helm the sequel and similar pint-sized slashers Rumpelstiltskin and Triloquist, had been inspired to make his first feature by the Lucky Charms mascot. Unless Tony the Tiger or the Snap, Crackle, and Pop kids get a similarly sadistic makeover, Leprechaun can at least claim to be the only horror movie based on a cereal box.

Aniston plays Tory Redding, a valley girl spending her summer with her father on a remote North Dakota ranch that looks suspiciously similar to Little House on the Prairie. Little do the pair know that, 10 years earlier, their rented farmhouse came under attack from a deformed Celtic folk legend obsessed with recovering every coin from his stolen pot of gold. And having spent a decade trapped inside a basement crate by the thief he cursed with a debilitating stroke, the diminutive psychopath isn’t going to miss his opportunity to wreak further havoc.

That opportunity arrives when handyman Ozzie (Mark Holton) opens the crate, believing the muffled cries from within belong to a little boy. Pretty soon the monster is sinking his teeth into dad J.D. (John Sanderford), sneakily pawing Tory’s legs and, in the film’s most inspired moment, bludgeoning a pawn shop owner with a bouncing pogo stick.

With the success of Willow six years behind him, Warwick Davis was in the fallen star period of his career when he was offered the Leprechaun role. That perhaps explains why, despite a daily four-hour make-up session, he appears to be having a blast. Indeed, while the franchise’s little baddie isn’t remotely scary, he does provide both intentional and unintentional entertainment.

It was actually Davis’ idea to lean into the character’s comedic side, one of the few elements where the film semi-succeeds. There’s particular fun in watching the Leprechaun’s various methods of transport, from tricycles and toy cars to the haphazard roller skating, which leaves a Looney Tunes-style silhouette through a roadside barrier. And it’s hard not to raise a smile at how the main gang briefly manage to stem his reign of terror: his obsessiveness over shining shoes means he’s stopped in his tracks whenever a dirty pair is thrown his way.

However, even Davis’ enthusiasm can’t rescue a script that borders on the inane. The Leprechaun tries to deliver a pithy riddle whenever he’s in murder mode (“Try as they will, and try as they might, who steals me gold won’t live through the night”) but not one truly lands. By the halfway point, he’s resorted to borrowing Arnie’s “I’ll be back” in the hope viewers will remember at least one line.

Leprechaun’s worst crime isn’t that it’s terrible, but that it’s often boring. Once the villain makes his way back to the farmhouse, the narrative gets stuck in a loop of hide-attack-retreat. Take a glug of whiskey every time the four regular-sized humans somehow miss an obvious chance to banish the pesky evildoer for good, and you’ll be three sheets to the wind by the time they finally thwart him alongside the on-the-nose zinger, “F*** you, Lucky Charms.”

You need to be fairly inebriated, too, to ignore the various baffling plot holes and added mythology. According to Jones, leprechauns can be thwarted by a four-leaf clover in the same way vampires are by crosses. And who knows how an entity only knee-high managed to throw his stocky former captor O’Grady (Shay Duffin) down an elevator shaft?

It doesn’t help that the guys we’re supposed to be rooting for sorely lack the charm of the Irish. Nathan (Ken Olandt) is a bland himbo with a mild chauvinist streak, belittling Tory, and the entire female population, for their aversion to spiders before shaming her slender frame (“You should have some meatloaf”). His 10-year-old brother Alex (Robert Hy Gorman), meanwhile, is a smart-ass brat whose main hobby seems to be patronizing the vulnerable Ozzie.

Tory doesn’t make a particularly great first impression, either, whining about the ranch’s lack of glitz (“I am going to be miserable here. There’s no swimming pool, there’s no shopping malls, there’s no cable. Bet you don’t even have a TV”) in her opening lines. Still, in the kind of character progression which would be echoed on Friends, Aniston gradually injects her privileged princess with some semblance of humanity. You can understand why Jones fought for her casting with Trimark Pictures, the low-budget studio that believed their first in-house feature should be fronted by a buxom blonde.

While Leprechaun didn’t exactly strike a pot of box office gold, it did rake in a respectable $8.6 million, prompting Davis and Jones to return for a 1994 follow-up. On the verge of being launched to superstardom, Aniston unsurprisingly didn’t. And while her grounded performance is nothing to be embarrassed about, it’s understandable why she once believed Leprechaun could have ruined her career before it even began.

“There’s loads of movies where you’re thinking: ‘Oh god, this is just… how am I going to survive this in my future?” Jennifer Aniston remarked to InStyle in 2019. “And then it’s a cult [classic] because it’s so embarrassing.” The Friends alum could have been talking about the terrible Gerard Butler rom-com The Bounty Hunter,…

“There’s loads of movies where you’re thinking: ‘Oh god, this is just… how am I going to survive this in my future?” Jennifer Aniston remarked to InStyle in 2019. “And then it’s a cult [classic] because it’s so embarrassing.” The Friends alum could have been talking about the terrible Gerard Butler rom-com The Bounty Hunter,…

Inverse picks our 23 most anticipated films