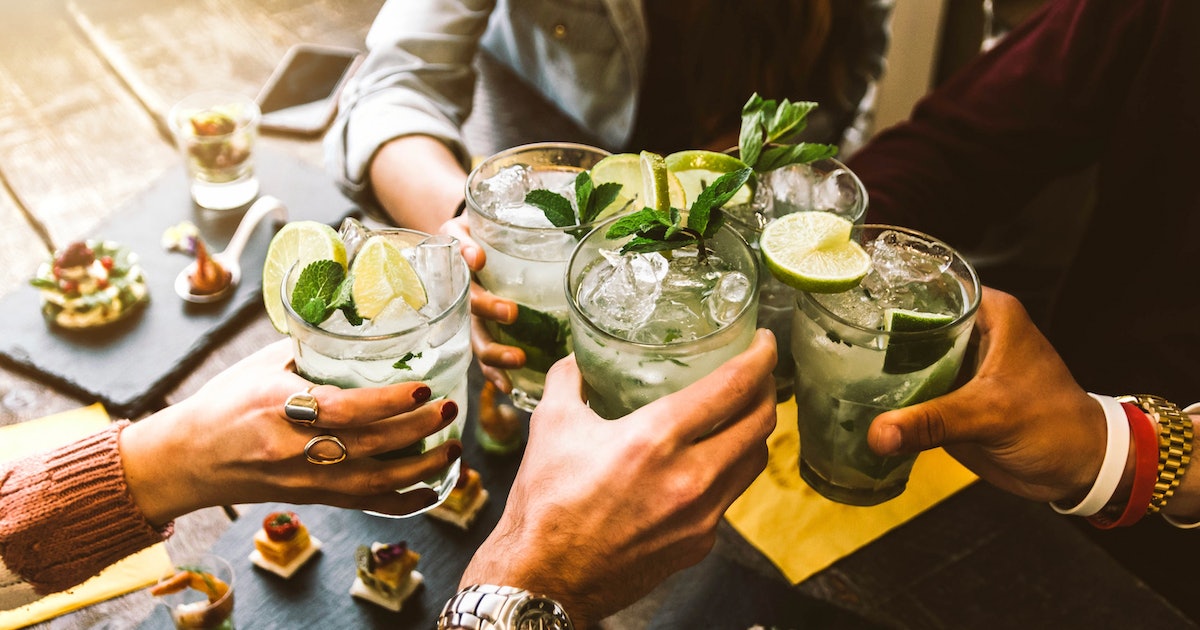 Is Dry January effective? An expert explains the problem with trendy sobriety

Campaigns that challenge people to abstain from alcohol for one month — often in support of a good cause — have emerged across the globe over the past decade. Dry January officially launched in 2013 with a public health campaign by British charity Alcohol Change.

Other “month of abstinence” campaigns have included Dry July, Sober September, Sober October, and “Dry February” — a few examples of campaigns from Australia, New Zealand, the United States, Canada, and beyond. Dry campaigns have gained traction, with people increasingly taking time out from drinking alcohol for one month.

Early research suggests alcohol use has increased during the Covid-19 pandemic, particularly among individuals who have mental health challenges. The pandemic may be contributing to the greater interest in dry month campaigns. Market research surveys have found an estimated one in five people participated in Dry January in 2022.

On the surface, “dry” months are great — individuals set a personal goal to abstain from drinking, are publicly encouraged to achieve it, and raise funds for a charity. It can be seen as supportive and positive, and many individuals tout the health benefits they experience as a result.

Substance use is complex

As a substance use researcher and therapist, I certainly do not dispute the potential benefits of avoiding alcohol for a month to meet personal health goals. I also appreciate the peer support received by individuals doing these challenges.

So why was I so bothered as I listened to someone sharing the life-changing benefits of her four-week sobriety stint on the radio? Why am I irked when people express relief when their four weeks of Dry February are over and they can get back to “wine time?”

I’m troubled because while dry drinking campaigns benefit many, they do not help the individuals that I have worked with over the years. These attitudes and campaigns do not contribute to a more nuanced discussion about substance use. Instead, they perpetuate the idea that quitting drinking for a month is a choice and an easy and positive one at that.

Dry February and other associated campaigns are not intended for individuals struggling with systemic inequalities, such as poverty, illness, and racism, that lead to substance use issues. You will also note that these campaigns are only about alcohol — a socially acceptable substance.

How would these campaigns be perceived if they were focused on other drugs? Dry campaigns support a harm reduction strategy — not drinking for a month for health benefits with no expectation of ongoing abstinence. However, they continue to separate alcohol as more socially acceptable than other drugs. This negatively affects people who use drugs.

These attitudes marginalize other substances and only normalize alcohol use, which contributes to the ongoing War on Drugs and the deadly drug supply. Further, these campaigns praise people for not drinking, which plays into the harmful idea that drinking (and using other drugs) is bad or subversive and should be controlled.

Arguably, these campaigns are directed at predominantly white, educated, middle-class individuals who have the luxury of taking time out from drinking and the privilege of doing so without the risk of social stigma.

Celebrating predominantly middle/upper-class, educated women for publicly choosing to quit drinking for one month is potentially harmful. It perpetuates an all-or-nothing moralistic attitude toward substance use. It reinforces the myth that quitting substance use is a choice that anyone can (and should) make.

Dry mouth campaigns are not directed at my clients who attend therapy for substance use issues. They do not see themselves as welcome participants in these campaigns. Their substance use or sobriety isn’t trendy or worthy of a hashtag. It’s messy, it’s personal, and it is often much more complicated than deciding to “just quit.” For them, drinking can be a needed self-medication tool, an endless obstacle, or an enjoyable friend.

I continue to appreciate many aspects of dry month campaigns, including raising money for charity and bringing discussions of substance use into the limelight. At the same time, these months are worthy of more critical reflection.

Substance use is complex. People often struggle with their use for reasons directly related to social inequalities, trauma, unsafe supply, and poverty. Treating a four-week vacation from alcohol as a moral victory reinforces stigmatizing and negative stereotypes about people who use alcohol and other drugs. Alcohol and other drugs are not inherently bad; the policies we have made around them are what cause harm.

My hope for dry campaigns would be that they offer not solely a chance to examine and limit one’s own drinking but an opportunity to broaden the discussion around how privilege and policy impact one’s relationship with alcohol and other drugs.

This article was originally published on The Conversation by Kara Fletcher at the University of Regina. Read the original article here.

If you or someone you know is seeking help for substance use, call the SAMHSA National Helpline at 1-800-662-HELP(4357).

Campaigns that challenge people to abstain from alcohol for one month — often in support of a good cause — have emerged across the globe over the past decade. Dry January officially launched in 2013 with a public health campaign by British charity Alcohol Change. Other “month of abstinence” campaigns have included Dry July, Sober…

Campaigns that challenge people to abstain from alcohol for one month — often in support of a good cause — have emerged across the globe over the past decade. Dry January officially launched in 2013 with a public health campaign by British charity Alcohol Change. Other “month of abstinence” campaigns have included Dry July, Sober…

Incredible images reveal winter on Mars as seen from space

Practicing one whimsical activity may stave off brain aging — study