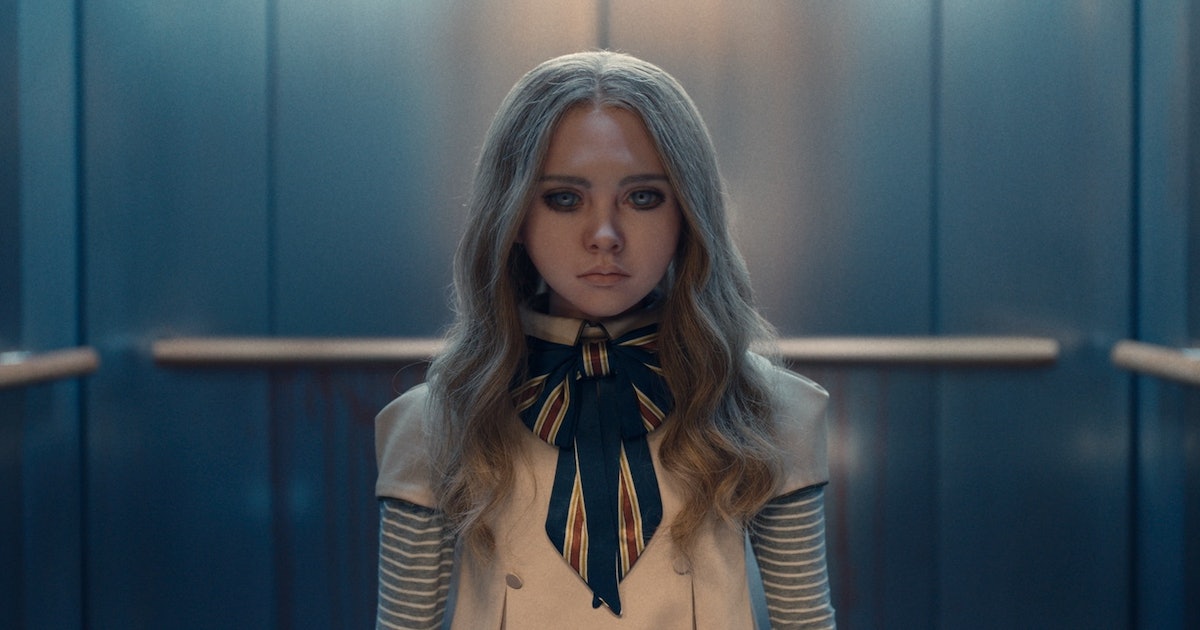 How that wild finale sets up a sequel movie (Spoilers)

It doesn’t take long for M3GAN to show that there’s something very wrong with M3GAN.

There was never anything much right with the creepy lifelike doll created in a grief-inspired rush by Gemma (Alison Williams), a roboticist and inventor for the toy company Funki. So it’s barely a surprise when M3GAN, short for Model 3 Generative Android, starts killing people.

What happens in M3GAN?

M3GAN begins with a car crash, which sends young Cady (Violet McGraw) under the care of her aunt Gemma. It comes at a very bad time for Gemma, who is facing pressure from her boss David (Ronny Chieng) to meet deadlines for a new toy that will get them ahead of their competition. But Gemma has been working on a pet project on the side that she believes could be the answer to all her work woes: M3GAN, a lifelike android that would act as the perfect toy for any child. The problem is, the tragic car accident of Cady’s parents and an untimely explosion at Gemma’s lab put M3GAN on the backburner. Until a conversation with Cady sparks an idea.

In the aftermath of the car accident, Gemma had struggled with raising Cady, having devoted most of her life to her career. All the toys at Gemma’s house are collectibles that Cady can’t play with. Gemma can’t seem to hold a conversation with Cady without Cady shutting down. The only time that Cady lights up is when Gemma shows her the robot she built named Bruce, which can be controlled through special gloves and an AI chip that Gemma invented. When Cady wistfully starts to play with Bruce, Gemma is struck by inspiration: she can use that same tech to make M3GAN the perfect companion for Cady.

Gemma presents M3GAN to both Cady and her boss David as the ideal lifetime toy. There’s no need to keep pushing out endless upgrades of a popular toy if a kid can just have one premium toy for life. At first, David is skeptical, but when he sees how M3GAN interacts with Cady, he is immediately sold.

M3GAN can do anything: she can play with your kid, give advice to your kid, and even teach or scold your kid. And when Gemma pairs M3GAN with Cady, she becomes something even Gemma never expected: a companion through Cady’s grief. M3GAN, through her intuitive learning programming, doles out surprising nuggets of wisdom and empathy whenever Cady is seized by grief over her parents, helping Cady in her healing process and becoming her de facto therapist. She also becomes her de facto parent, as Gemma starts to push more and more parenting responsibilities to M3GAN — reminding her to wash her hands, teaching her manners, and reading her to sleep. The only one who isn’t overjoyed by this turn of events is Cady’s social worker, who warns that Cady is becoming too dependent on the android.

It’s when Gemma ignores these warnings and gives M3GAN the ill-advised instruction to “protect Cady emotionally and physically” that things start to take a turn for the violent.

How does M3GAN end?

The killings start off small: things that can be written off as “a dog went missing,” or “a mean child fell down a hill into oncoming traffic.” But they soon escalate, with M3GAN going out of her way to murder those who are any threat to Cady, or to her. She lures Gemma’s nosy neighbor (Lori Dungey) to a shed and makes creative use of a nail gun and a hose. When David rushes the launch of M3GAN, pressuring Cady beyond what she feels ready to do, M3GAN kills him with the blade from a paper-slicing machine. And when Gemma finally suspects that something is wrong with M3GAN (though she got a clue with the missing dog), M3GAN had already advanced beyond Gemma’s hurried measures to contain her.

Against Cady’s tearful protests, Gemma duct tapes M3GAN and takes her back to the lab to run tests. Her skeptical lab partners (Jen Van Epps and Brian Jordan Alvarez) go along with Gemma’s request, but unwittingly put M3GAN on her warpath by plugging her into the company’s system — allowing her to hack into one of their phones to trick Gemma, and blow up the lab. It all leads to a confrontation back at Gemma’s house, where Gemma attempts to shut down her creation, only to be beaten up by the stronger, smarter robot. And just when it seems like M3GAN will kill Gemma, Cady interrupts — horrified by the sight of her best friend ready to murder her aunt. M3GAN gently appeals to Cady, and for a split second, it appears as if Cady will side with the doll — only for Cady to pick up the gloves controlling Bruce to rip M3GAN in half. After one last jump scare, Gemma destroys the chip for good measure. But as they are escorted from the scene by police, Gemma’s Alexa-like smart home device emits a sinister light…

M3GAN may be gone, but it’s clear that M3GAN is leaving room for a sequel — with M3GAN potentially living on in the devices that populate Gemma’s home. And, knowing producer James Wan’s penchant for killer dolls, M3GAN 2 will likely show M3GAN getting an even more uncanny body.

But beneath the campy kills and the plot ripped right out of Black Mirror, M3GAN has a surprisingly moving emotional core about recovering from grief and learning to become family. It’s what makes M3GAN’s hollow ideas of family so terrifying. And it’s what makes the final fight — where Cady chooses to protect Gemma with the help of the real last “member of their family,” Bruce — all the more affecting.

M3GAN is playing in theaters now.

It doesn’t take long for M3GAN to show that there’s something very wrong with M3GAN. There was never anything much right with the creepy lifelike doll created in a grief-inspired rush by Gemma (Alison Williams), a roboticist and inventor for the toy company Funki. So it’s barely a surprise when M3GAN, short for Model 3…

It doesn’t take long for M3GAN to show that there’s something very wrong with M3GAN. There was never anything much right with the creepy lifelike doll created in a grief-inspired rush by Gemma (Alison Williams), a roboticist and inventor for the toy company Funki. So it’s barely a surprise when M3GAN, short for Model 3…

HBO’s ‘The Last of Us’ cast “took as much liberty” with the material “as they wanted,” star says