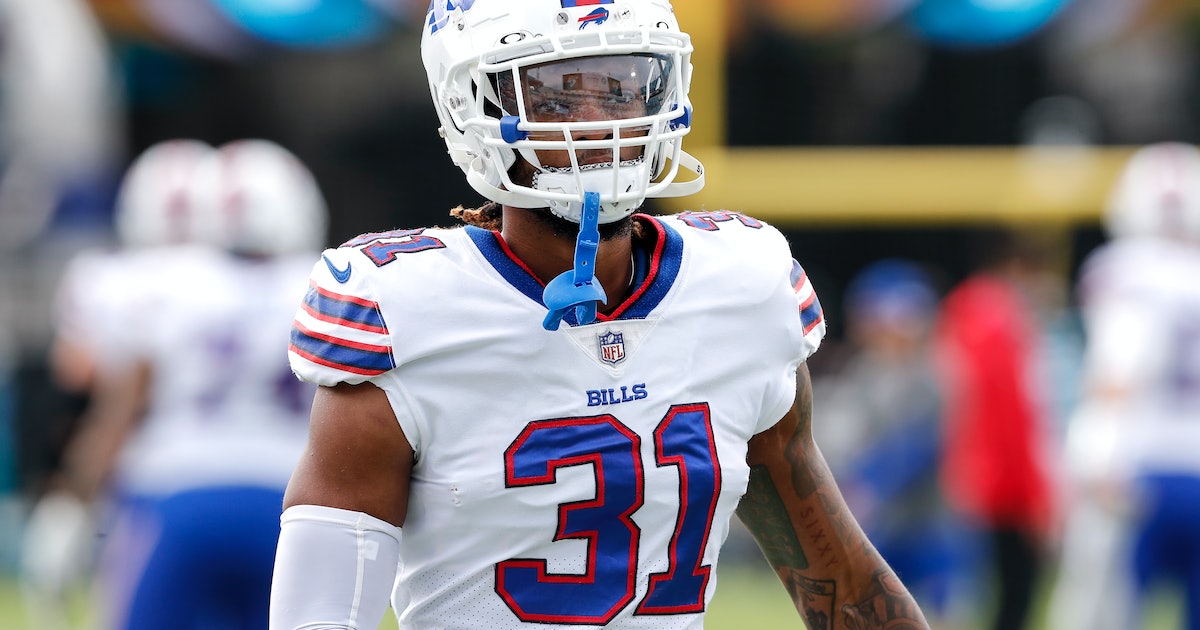 Damar Hamlin, a safety for the Buffalo Bills, collapsed on the field during a Monday Night Football game against the Cincinnati Bengals on January 2, 2023.

Medical staff gave Hamlin CPR and shocked him with a defibrillator, restarting his heart’s rhythm. News outlets immediately began speculating that Hamlin may have suffered from commotio cordis — a potentially lethal stoppage of the heart caused by a strong impact on a person’s chest. The next day, the Bills announced that Hamlin had indeed experienced “cardiac arrest” but did not confirm whether the cause was commotion cordis.

Wendy Tzou is an associate professor of medicine and the medical director of cardiac electrophysiology at the University of Colorado Anschutz Medical Campus and was watching the game when Hamlin collapsed. The Conversation asked Tzou four questions about what may have happened. Her answers are adapted below.

4. What is commotio cordis?

Commotio cordis can happen to a person with a typical heart and occurs when blunt trauma to a person’s chest — often while playing sports — leads to cardiac arrest, where their heart stops pumping blood. Commotio cordis typically occurs in children and adolescents. The impact needs to be forceful and occur at a very particular moment in the heart’s electrical cycle. When this happens, the normally well-organized electrical signals that control the heart become chaotic. The uncoordinated electrical pulses cause the heart, and in particular, the large blood-pumping chambers called the ventricles, to twitch and spasm in what is known as ventricular fibrillation, a type of heart arrhythmia.

When a heart is in ventricular fibrillation, it is no longer able to pump blood throughout a person’s body, and its organs begin to suffer damage due to a lack of oxygen. Heart attacks, abnormal heart or artery structure, and many other issues can lead to ventricular arrhythmia. Regardless of the cause, if a person’s heart stops beating, the result can be deadly.

3. How can a physical impact cause a lethal arrhythmia?

A single heartbeat is a very coordinated series of muscle contractions that are all controlled by precise electrical signals. After the muscles in a heart contract, they need to reset and prepare for the next beat. This process, called repolarization, involves moving electrically charged ions to different parts of a cell so that the cell can effectively contract when it receives an electrical signal.

If a person gets hit in the chest during the fraction of a second that repolarization is occurring, the impact can trigger some of the electrical signals before the heart is ready. This disrupts the whole system, resulting in a chaotic electrical storm that throws the heart into spasms.

2. Do doctors believe it was commotio cordis?

Although Hamlin was able to stand upright immediately after the impact, it was only briefly. It was clear from the way he collapsed without making any effort to protect himself that no blood was getting to his brain. The fact that he received CPR and a shock from a defibrillator also showed that he was experiencing an arrhythmia or electrical disturbance of the heart. But it is not possible to diagnose commotio cordis from a video alone.

The reason many doctors are speculating that commotio cordis was the reason for Hamlin’s heart failure is that it occurred right after he collided with another player and that the impact could have been responsible. But, in most cases, a diagnosis is only made after an autopsy when all other potential causes of arrhythmia have been ruled out. Though more common among children and adolescents than adult athletes, commotio cordis is so rare that it is hard to get reliable information on the number of occurrences. In a registry of patients who died from sudden arrhythmia in Minnesota, only 224 cases over a 15-year period were caused by commotio cordis.

The second most common cause of fatal heart rhythms in athletes is abnormalities in the structure of a coronary artery. These abnormalities are present at birth and can compromise blood flow to the heart, sometimes resulting in issues during exercise. Around 1 percent of people have an issue with the structure of their coronary arteries, and the problem is responsible for about 14 percent of cardiac deaths in athletes.

1. How can people protect themselves from sudden and fatal arrhythmia?

Commotio cordis is a rare occurrence but does happen in sports, including boxing, baseball, or football where blunt trauma directly to the chest is common. Appropriate precautions, like using chest padding, are the most effective way to prevent commotio cordis.

Hypertrophic cardiomyopathy, coronary artery problems, and other heart problems that may predispose someone to dangerous heart rhythms may be found through screening. Your doctor can offer advice on whether screening could be beneficial to you or your family members.

No matter the cause, if a person’s heart stops pumping blood and oxygen isn’t getting to their brain, time is everything. Call 911 and start CPR immediately to delay the onset of brain damage or death until a defibrillator can hopefully restart the heart’s normal rhythm.

This article was originally published on The Conversation by Wendy Tzou at the University of Colorado Anschutz Medical Campus. Read the original article here.

Damar Hamlin, a safety for the Buffalo Bills, collapsed on the field during a Monday Night Football game against the Cincinnati Bengals on January 2, 2023. Medical staff gave Hamlin CPR and shocked him with a defibrillator, restarting his heart’s rhythm. News outlets immediately began speculating that Hamlin may have suffered from commotio cordis —…

Damar Hamlin, a safety for the Buffalo Bills, collapsed on the field during a Monday Night Football game against the Cincinnati Bengals on January 2, 2023. Medical staff gave Hamlin CPR and shocked him with a defibrillator, restarting his heart’s rhythm. News outlets immediately began speculating that Hamlin may have suffered from commotio cordis —…