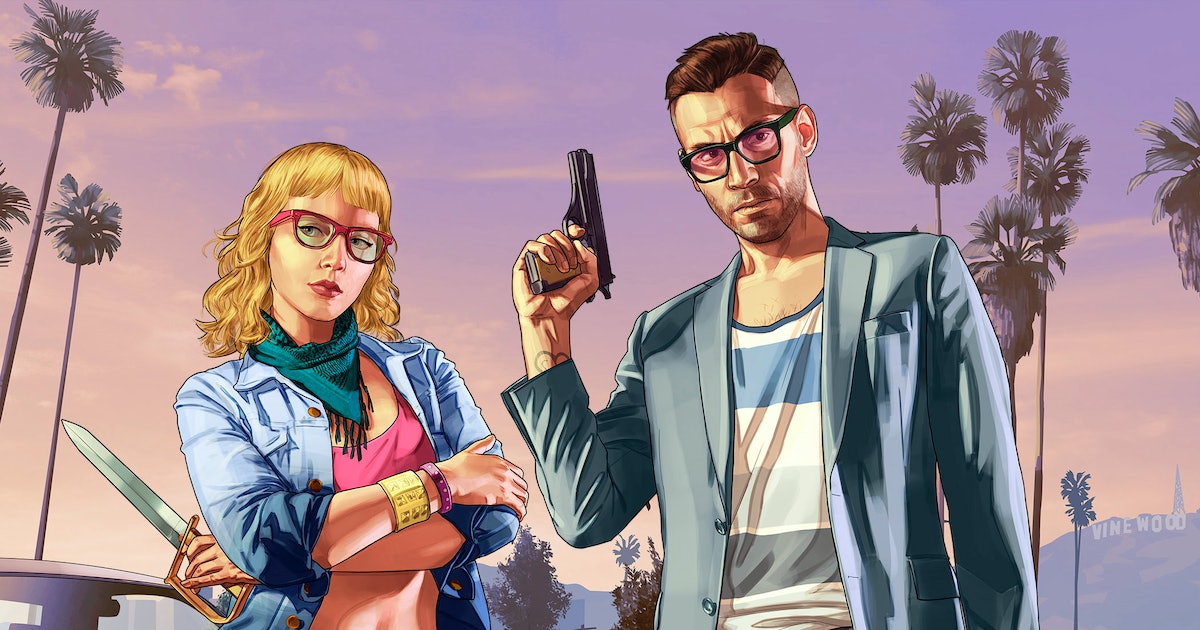 Rockstar Games may not have officially revealed Grand Theft Auto 6, or shown it off in any official capacity but it is still a hotly anticipated title. With the approaching ten-year anniversary of GTA 5, it feels like information on GTA 6 should be imminent. What has been revealed through numerous leaks sets the stage for a familiar but changing entry in the series. One such change is the Bonnie and Clyde-inspired dual protagonists. While the series has had multiple protagonists before, the three stars of GTA 5 lacked one vital game-changing thing: romance!

Ready player two — While there is still so much up in the air when it comes to GTA 6 there have been plenty of leaks and reports that have peeled back the curtain. The main sources of info on what to expect in GTA 6 are a string of reports from Bloomberg journalist Jason Schreier and a massive leak of in-development footage that occurred in September.

In July Schreier reported that GTA 6 would feature two protagonists, including the first female lead for the series in a Latina woman leaked gameplay refers to as Lucia. The pair would be lovers modeled after the robbers Bonnie and Clyde. While this narrative leans into the American crime stories that the series has told over its many entries, it adds a new wrinkle in the form of the pair’s relationship.

The potential of multiple protagonists was made clear in GTA 5. Switching between Trevor, Franklin, and Michael is an exciting mechanic that leads to some great missions as well as hilarious moments when switching to a character during open-world roaming.

Yet, outside of the final choices given to the player in the game’s final mission, these relationships mostly play out without consequence. But what if GTA 6 leaned into the lover’s angle and made navigating and keeping up the relationship of the two protagonists a key mechanic?

Lover’s quarrel — They say the key to a good relationship is clear communication, I’m sure that goes double for couples who commit crimes. You have to be on the same page when robbing banks or committing … grand theft auto (pun intended). There is so much potential that comes from the relationship between the two protagonists.

Missions could be played from different perspectives seen in GTA 5 but further than that, maintaining the relationship could become key. There are plenty of games that bring in romance and relationship mechanics in order to impact other gameplay mechanics. Recently Marvel’s Midnight Suns let you improve or harm relationships with party members, relationships that would impact what skills you had available to you in combat. Dialogue choices littered throughout GTA 6 between the protagonists could impact their relationship with each other which could then impact how cooperative they are in heists and other high-stakes missions.

Divinity: Original Sin II is a game that requires you to argue and convince your party members that your desired path forward is the best one, and you can fail these conversations leading to adjusting how you approach missions.

Through dialogue choice and player action in how they communicate between the two protagonists, GTA 6 could keep a counter going in the background that eventually leads to different outcomes and endings for the game.

An even more drastic potential that comes from the two protagonists could occur if one of them is taken out early on in GTA 6. By making the player choose which character to save an entirely different game could play out. This would be a large undertaking, but Rockstar has shown their ability to deliver incredible massive experiences. With reports saying that GTA 6 will be a smaller world than GTA 5, this could open up the potential for a more inventive narrative — such as two separate campaigns.

Even with no official updates from Rockstar, the leaks and reports make out GTA 6 to be a new exciting direction for the series. The protagonists alone hold plenty of potential, but we will have to wait to see what Rockstar has in store.

Rockstar Games may not have officially revealed Grand Theft Auto 6, or shown it off in any official capacity but it is still a hotly anticipated title. With the approaching ten-year anniversary of GTA 5, it feels like information on GTA 6 should be imminent. What has been revealed through numerous leaks sets the stage…

Rockstar Games may not have officially revealed Grand Theft Auto 6, or shown it off in any official capacity but it is still a hotly anticipated title. With the approaching ten-year anniversary of GTA 5, it feels like information on GTA 6 should be imminent. What has been revealed through numerous leaks sets the stage…

‘Final Fantasy 16’s villain could be hiding a shocking secret