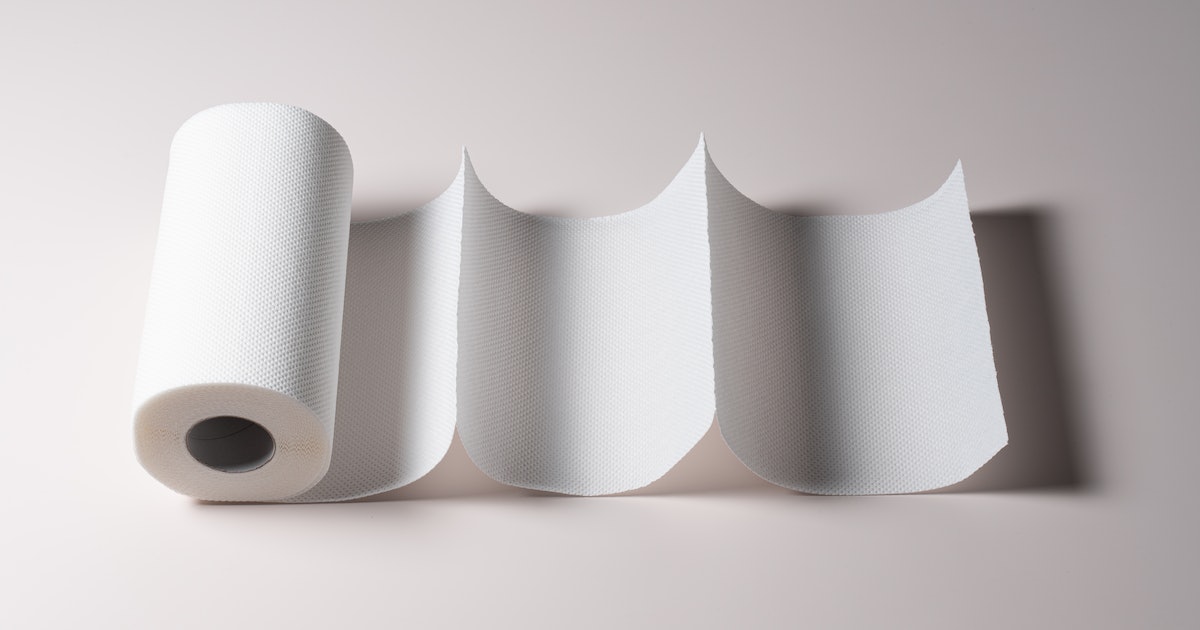 Paper towels are one of the most fervently consumed household goods on the market, as evidenced by pandemic shortages. In 2020, people used over 13 billion pounds of them in the United States alone. This means we’re sacrificing lots of trees to clean up coffee spills.

But it can be tricky to slash paper towel waste — a viable alternative must be reusable and absorb more water than paper products. It should also be just as convenient.

Now, a team of engineers from the University of Maryland may have found a more sustainable picker-upper: Their new design for a flexible hydrogel sheet could become the kitchen towel of the future.

In a recent paper published in the journal Matter, the researchers describe the new material’s unique properties — including its powerful absorbing potential. Though their recent work is a proof-of-concept study, the team hopes that the hydrogel sheets could eventually hit store shelves.

Here’s the background — You can compare hydrogel to jello, says Srinivasa Raghavan, a chemical engineer at the University of Maryland and co-author of the new research.

Hydrogels are a group of polymer materials that can soak up large amounts of liquid and retain them once wet. This property comes from hydrogels’ chemical composition: Their cross-linked individual units, known as monomers, can swell up like blobs of jello without losing their structure.

The term “hydrogel” was coined all the way back in 1894. Yet it took some time for these materials to find a commercial niche. In the early 1960s, the biomedical field started employing them to keep contact lenses moist. Today, they’re most commonly put into diapers to sponge up, well, you know.

Raghavan noticed that typical hydrogels wouldn’t work very well to wipe up a spill. That’s because they mostly come in the form of brittle pellets or powders — not a thin, flexible sheet, like a towel.

For everyday purposes, though, “the form of a towel is really useful and convenient,” Raghavan says. So he and his team, spearheaded by Ph.D. student Hema Choudhary, set out to concoct a hydrogel with the absorptive power of a diaper — along with the convenience of a roll of paper towels.

What’s new — To make their “gel sheets,” the researchers first combined acetic acid, acrylic acid, and acrylamide to produce a fizzy reaction — somewhat like the outcome of mixing vinegar and baking soda.

“The bottom line is we make a foam,” says Raghavan. This foamy hydrogel can then be extruded, flattened, and dried into a thin sheet. In this sheet form, the material acts much like a piece of fabric: The team was able to fold, roll up, and even cut the material with scissors.

Why it matters — The hydrogel sheet comes with a myriad of potential advantages. First, it could work far more efficiently than a typical paper towel — in the lab, the gel sheet absorbed 25 milliliters of water in about 20 seconds, versus a paper towel, which had only absorbed about half the amount after 60 seconds.

What’s more, the researchers believe that it could be used to make more effective bandages for hospitals or at-home first aid kits because it may also quickly suck up substances like blood.

And while many hydrogels currently on the market can be pricey, researchers made their sheet out of inexpensive and easily accessible materials. “Everything that we used in this process is dirt cheap,” says Raghavan. “We have not used any really exotic chemicals.”

What’s next — In the future, Raghavan would love to see gel sheets sold in supermarkets. It may take some time, but the scientists are optimistic that the manufacturing process will be easy to scale up.

It’s important to note that these sheets include plastic components, which makes them less eco-friendly than cloth or even paper towels. But that could change in the future, Raghavan says. “It’s not impossible that the same concept could be done with natural polymers.”

Paper towels are one of the most fervently consumed household goods on the market, as evidenced by pandemic shortages. In 2020, people used over 13 billion pounds of them in the United States alone. This means we’re sacrificing lots of trees to clean up coffee spills. But it can be tricky to slash paper towel…

Paper towels are one of the most fervently consumed household goods on the market, as evidenced by pandemic shortages. In 2020, people used over 13 billion pounds of them in the United States alone. This means we’re sacrificing lots of trees to clean up coffee spills. But it can be tricky to slash paper towel…

Feel tired after eating? Try this one easy activity to boost energy and health