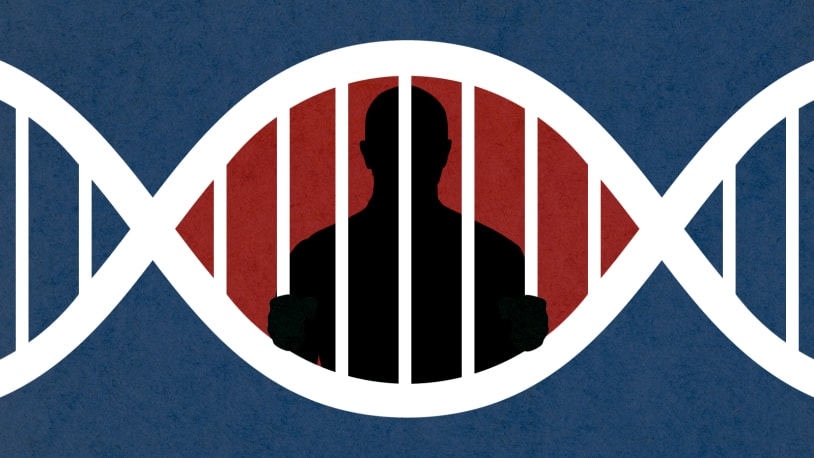 Should ancestry DNA be used to solve crimes?

A “public genealogy database” was used to track down Bryan Christopher Kohberger, the man now accused of murdering four University of Idaho students. DNA was gathered at the crime scene, CNN reports, then “run through a public database to find potential family member matches.” Databases like Ancestry.com and 23andMe are popular among Americans who want to learn more about their family’s past — and sometimes are a useful tool for investigators. How do police use databases to solve crimes? And what are the concerns about the practice? Here’s everything you need to know:

Which database was used to trace Kohberger?

That information hasn’t been made public yet. “Police have said they cannot reveal any information, including a motive or further details about how they tracked down Kohberger, until he is back in Idaho,” ABC News reports.

Is it common to use ancestry databases in investigations?

It’s a relatively recent phenomenon, thanks to the rise of cheap and easy DNA testing that lets people find out more about their genetic family histories. (Tests often run about $100, but discounts can reduce the fee further.) “Consumers purchased the same number of at-home DNA tests in 2018 as in all previous years since 2012 combined,” CNBC reported in 2019 — at that point, researchers found that 26 million people had shared DNA samples with four of the most-prominent ancestry and health databases. But it’s not clear how often criminal investigators actually use the databases. In its most recent twice-a-year transparency report, Ancestry — which now claims more than 20 million “DNA customers” — reported that the company “received no valid requests for access to customers’ DNA data” during the first half of 2022.

How does it work?

“If you’re white, live in the United States, and a distant relative has uploaded their DNA to a public ancestry database, there’s a good chance an internet sleuth can identify you from a DNA sample you left somewhere,” Science reported in 2020.

That’s true even if you have never provided your own DNA to one of those databases. Why? Because “detectives are able to map out a criminal’s entire family tree and zero in on their identity” using data from near, or even relatively distant, relatives, the New York Post writes. A study in 2020 looked at the MyHeritage database — which contained just 1.28 million DNA samples — and determined that “if you live in the United States and are of European ancestry, there’s a 60 percent chance you have a third cousin or closer relative in this database,” Science reports. That helps investigators cast a broad net using a relatively small number of samples. “It’s surprising how small the database needs to be,” said one geneticist.

What cases have been solved using ancestry databases?

Perhaps most famously, DNA ancestry databases were used in 2018 to identify Joseph DeAngelo as the “Golden State Killer,” who killed at least 13 women and raped dozens more during the 1970s and 80s. Stymied for decades, investigators used DNA collected from crime scenes and compared it to the GEDmatch database. DeAngelo’s DNA wasn’t in the library, The Washington Post reports, but “a distant relative of his was, police say, and that person’s DNA partially matched evidence related to the serial killer.” DeAngelo pleaded guilty to the crimes in 2020. Since then, a number of other cold cases have been solved using similar techniques.

Are there concerns about the practice?

“Law enforcement’s use of the DNA databases has opened another front in the growing battle over digital privacy,” Pew Charitable Trusts reported in 2020. Pew found that nearly half of Americans were OK with companies sharing DNA information with police — but a third weren’t.

What rules govern the use of DNA databases?

The most prominent database companies say they don’t easily hand over customer information to law enforcement: “Unless required to do so by law, we will not release a customer’s individual-level Personal Information to any third party without asking for and receiving that customer’s explicit consent,” 23andMe says on its website. The company adds that it doesn’t “share customer data with any public databases, or with entities that may increase the risk of law enforcement access.” Otherwise, use of the company’s genetic data for criminal investigations “falls outside the scope of our service’s intended use.”

That may not always matter: Police often “upload a DNA profile and get a list of matches and partial matches like the average user,” one investigator told Pew. The New York Times reports that different companies have different levels of access: “GEDmatch and FamilyTreeDNA make it possible for anyone to upload his or her DNA information and start looking for relatives” while Ancestry and 23andMe are “closed systems” that provide more generalized information.

Do investigators have any restraints, then?

The New York Times reports that regulations are slowly emerging to govern how investigators obtain and use the databases. The Department of Justice has issued some rules for federal investigations and for local agencies that receive federal funding, suggesting that commercial DNA databases should be used only as a last resort. And in 2021, Maryland and Montana passed laws requiring investigators to get a judge’s approval to search commercial DNA databases. That was a big development, the Electronic Frontier Foundation reported: “Up until now, nothing has prevented law enforcement from rifling through the genetic data of millions of unsuspecting and innocent Americans.”

Kohberger will be transferred from Pennsylvania to Idaho to face charges in the deaths of Kaylee Goncalves, 21; Madison Mogen, 21; Xana Kernodle, 20; and Ethan Chapin, 20. In the meantime, experts say more work must be done to ensure that consumer DNA databases are used “responsibly, ethically, and with sound scientific practices,” the University of New Haven’s Claire L. Glynn writes at Genes, a scientific journal. The ultimate goal will put “protecting public safety and individual privacy at the forefront.”

A “public genealogy database” was used to track down Bryan Christopher Kohberger, the man now accused of murdering four University of Idaho students. DNA was gathered at the crime scene, CNN reports, then “run through a public database to find potential family member matches.” Databases like Ancestry.com and 23andMe are popular among Americans who want…

A “public genealogy database” was used to track down Bryan Christopher Kohberger, the man now accused of murdering four University of Idaho students. DNA was gathered at the crime scene, CNN reports, then “run through a public database to find potential family member matches.” Databases like Ancestry.com and 23andMe are popular among Americans who want…

What is speedcubing? | The Week

What does ‘Cali sober’ mean?