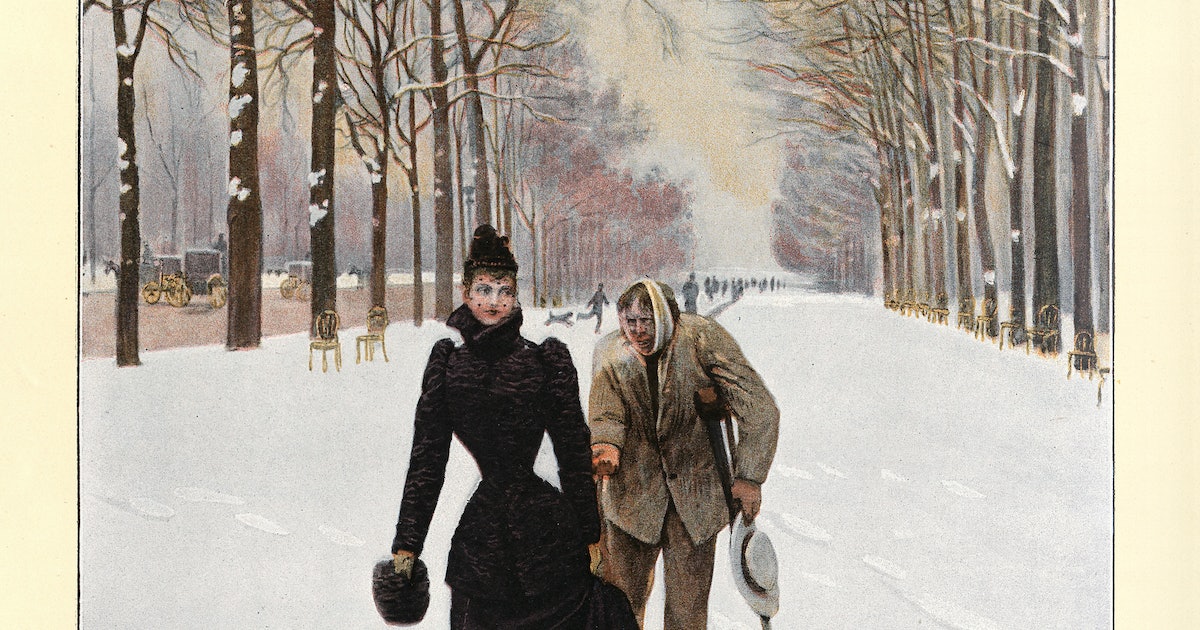 Feel tired after eating? Try this one easy activity to boost energy and health

After a delicious feast, the last thing many people want to do is exercise. Food is sloshing inside a bloated belly, and sleepiness is setting in. A nap seems like the right move. But while it might feel good at the time, there is another activity you should probably be doing instead: walking.

Between Thanksgiving and New Year’s Day, there are many opportunities for feasting on seasonal foods. Family gatherings may feature that one aunt who sighs after cleaning her plate before saying, “Who’s up for a nice, brisk walk?” Everyone is entitled to their own responses to this ambitious, well-meaning aunt, but there’s something to getting some movement after eating.

A Turkey Trot 5K isn’t the first thing most want to do after a few plates of festive carbs. Nobody needs to do a 5K, though, or even what’s conventionally considered exercise. Just a little light movement is enough.

LONGEVITY HACKS is a regular series from Inverse on the science-backed strategies to live better, healthier, and longer without medicine. Get more in our Hacks Index.

Science in action — In February 2022, a meta-analysis published in the journal Sports Medicine examined seven studies on how walking after a meal impacted glucose levels. Of those seven, the researchers also looked at four for insulin levels and three for blood pressure. The studies looked at how post-meal glucose metabolism varied based on whether one spent time sitting, standing, or walking in a lab setting.

These researchers gleaned that across these studies, both standing and walking improved one’s glucose metabolism after eating compared to sitting for a while. The novel finding — they write in the paper — is that even standing has benefits. However, a gentle walk assuaged glucose levels far more than standing did. In fact, the difference between sitting and standing’s impact on blood glucose levels was slight.

Overall, they found that even walking for even two minutes after a meal tempers blood sugar.

Why it’s a hack — A few things happen in the body after a meal. Blood diverts to the organs that aid in digestion and nutrient absorption. With more blood coursing through the digestive system, less oxygen circulates through the rest of the body. Going for a walk improves circulation because all your muscles require blood.

“Now you’re telling the body, ‘Wait a minute, we need the blood in the muscles deliver oxygen to help you ambulate,” Steven Malin, an endocrinology and metabolic health professor at Rutgers University, tells Inverse. Going for a walk doesn’t detract from the digestive process but helps create balance in the body, Malin says. He adds that walking after a big meal reduces gastrointestinal issues because movement makes the body absorb food’s nutrients more quickly.

Our bodies also produce a flurry of hormones. Especially after a large meal, feel-good chemicals like serotonin and dopamine will float around, but with that good feeling comes drowsiness. In contrast, cortisol, glucagon, and norepinephrine are the counter-regulatory hormones that energize us. These hormones send the body opposing signals, but seizing those hormones that offer a surge of energy can help head off sluggishness.

The body also more efficiently breaks down food when it doesn’t have a ton on its proverbial plate. Taking a walk right after Thanksgiving dinner offsets the total amount of calories the body must process later. Think of it like doing homework during a free period in high school so you wouldn’t have as much to do at home that night.

How it affects longevity — Malin’s mantra is, “Any movement is good movement.” You don’t have to race a triathlon to reap the benefits of exercise. Everyone’s aunt might be suggesting a nice family walk, but other options include giving piggyback rides to any children present, wrestling with the cousins, or even doing some arm stretches with or without weights. Walking isn’t the only way to get the blood flowing.

This hack is more of a bargain because it’s incorporating several different healthy habits. First, it introduces movement to the routine. Enjoying a brief walk after at least one meal a day ensures getting in some intentional movement.

Second, it disrupts prolonged periods of sitting. The authors establish that a growing body of evidence suggests that sitting for long periods of time harms cardiometabolic health. The journey to holiday meals may involve hours of sitting in a car or plane, followed by more sitting around a dining room table. Research shows that prolonged sitting exceeding 30 minutes at a time negatively impacts the body, so a walk helps break up all the sitting.

Third, these actions have positive effects on blood pressure, insulin levels, and triglycerides — fat in the bloodstream. Holiday foods are often high-glycemic, which can lead to higher glucose levels than after a typical meal.

“Maybe we have some family members that are at risk for chronic diseases like pre-diabetes, diabetes,” Malin tells Inverse. “What would be good modes of exercise to help offset those blood glucose spikes that could be promoting some of the disease risk?” This mindset is far from the idea of having to “earn one’s calories” or the sense of obligation that a huge meal must be followed by a brutal workout. Nor does Malin say to avoid these high-glycemic foods like pastries and cookies. As he explains earlier, going for a walk afterward establishes a balance.

As an added benefit, there’s plenty of literature detailing the mental health benefits of taking walks and going outside. Those benefits can be manyfold if it’s a group or family walk.

After a delicious feast, the last thing many people want to do is exercise. Food is sloshing inside a bloated belly, and sleepiness is setting in. A nap seems like the right move. But while it might feel good at the time, there is another activity you should probably be doing instead: walking. Between Thanksgiving…

After a delicious feast, the last thing many people want to do is exercise. Food is sloshing inside a bloated belly, and sleepiness is setting in. A nap seems like the right move. But while it might feel good at the time, there is another activity you should probably be doing instead: walking. Between Thanksgiving…

When to see our nearest celestial neighbor