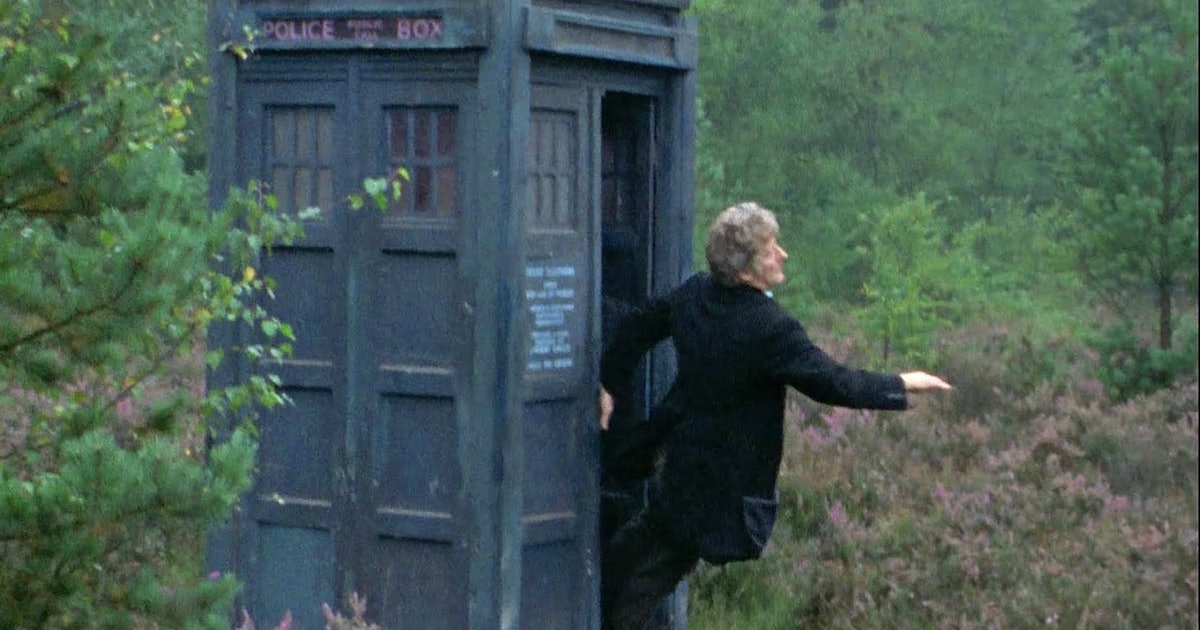 53 years later, a big ‘Doctor Who’ pivot might get retconned into earlier episodes

The first Doctor is (possibly) getting a makeover.

Although Doctor Who didn’t start airing in color until January 3, 1970, with “Spearhead From Space,” one rumor suggests the earliest Who episodes will be colorized for the 60th-anniversary celebrations this year. Here’s why the moment in 1970 when Who went color in the first place was such a big deal and why colorizing even earlier episodes might be awesome.

For Doctor Who fans who mostly go into the series thanks to the revival which began in 2005, it’s common to be murky on details from the “classic” series which ran from 1963 to 1989. Although it’s all one show, technically, the first Christopher Eccleston season is considered “Season 1” of the new series, even though, chronologically it would have been “Season 27,” since Season 26 (1989) was the final run of the regular series.

The point is, in the early years before Who, even before the mega-famous scarf-wearing 4th Doctor (Tom Baker), Doctor Who went through a lot of changes. And, perhaps, the biggest change in the series’ history is the one moment seldom discussed: The moment Doctor Who was first broadcast in color.

At the start of Season 7 in 1970, Doctor Who aired the four-part serial, “Spearhead From Space,” from January 3 to January 24. The episode is notable for several reasons. In the previous episode — the final installment of “The War Games” — the 2nd Doctor (Patrick Troughton) was forced to regenerate into a new incarnation. But, audiences didn’t actually see the 3rd Doctor in that scene, meaning that when the new Doctor falls out of the TARDIS in “Spearhead from Space,” it’s the first time fans saw Jon Pertwee as the Doctor.

“Spearhead from Space,” was shot entirely on 35 mm film stock, due to a technicians’ strike at the BBC. So, in retrospect, all four parts of this serial look very different from every other Doctor Who, ever. The fact that the series switched from black and white to color in 1970 may seem slow, relative to other TV shows of the time, but, even in the late 1960s, color televisions weren’t as plentiful as you might think, and many classic ‘60s shows (like Star Trek) were first viewed by countless fans in black and white.

Now, it’s almost impossible to imagine the bright and over-the-top world of Doctor Who remaining in black and white forever, making “Spearhead from Space,” in many ways, feel like the first “modern” Who episode. This was the first moment we learned that Time Lords have two hearts, and the entire recovery process of the Doctor post-regeneration was kept as a tradition for several incarnations that followed. In fact, Russel T. Davies cited “Spearhead from Space” as an inspiration for “Rose,” the first episode of the reboot series in 2005.

“Spearhead from Space” was also a soft reboot for the format of Doctor Who. Because the Time Lords have exiled the Doctor to Earth, traveling around in the TARDIS is not the nature of the show. Instead, the Doctor begins working for UNIT somewhat permanently, a detail which would continue throughout the run of the show, all the up to the present day. Pertwee’s Doctor deeply influenced future Doctors, most notably, Peter Capaldi’s 12th Doctor.

This entire episode also inspired several “first Doctor” episodes for decades. The Doctor spends a good deal of time in bed, an idea that is repeated in “The Christmas Invasion,” (10th Doctor) “Deep Breath,” (12th Doctor), and even “The Woman Who Fell To Earth” (13th Doctor). In fact, the idea that a new Doctor is in their pajamas in a new adventure begins here.

Still, the idea that Doctor Who became colorized at this point is perhaps the most significant moment in its history. This was the beginning of what became the “modern” Who, and interestingly, it appears that color Doctor Who episodes will become retroactive.

According to a rumor from the Mirror, the BBC will colorize the very earliest episodes of William Hartnell’s 1st Doctor, specifically, the debut episode, “An Unearthly Child.” These colorized, remastered versions of early Who episodes are thought to roll out sometime in 2023, in celebration of the 60th anniversary of the show’s debut in 1963. If it happens, then, potentially, the beginning of Who will suddenly match the middle and the contemporary versions.

Will colorized updates of classic Who episodes change our perception of the earliest stories? Who knows. Back in 1970, “Spearhead from Space” gave Who a real shot in the arm, and revitalized the series for decades to come. Maybe the newly colorized versions will do the same thing for the Hartnell era, in reverse.

The first Doctor is (possibly) getting a makeover. Although Doctor Who didn’t start airing in color until January 3, 1970, with “Spearhead From Space,” one rumor suggests the earliest Who episodes will be colorized for the 60th-anniversary celebrations this year. Here’s why the moment in 1970 when Who went color in the first place was…

The first Doctor is (possibly) getting a makeover. Although Doctor Who didn’t start airing in color until January 3, 1970, with “Spearhead From Space,” one rumor suggests the earliest Who episodes will be colorized for the 60th-anniversary celebrations this year. Here’s why the moment in 1970 when Who went color in the first place was…

Will there be a ‘M3GAN 2’? James Wan teases an entire new cinematic universe