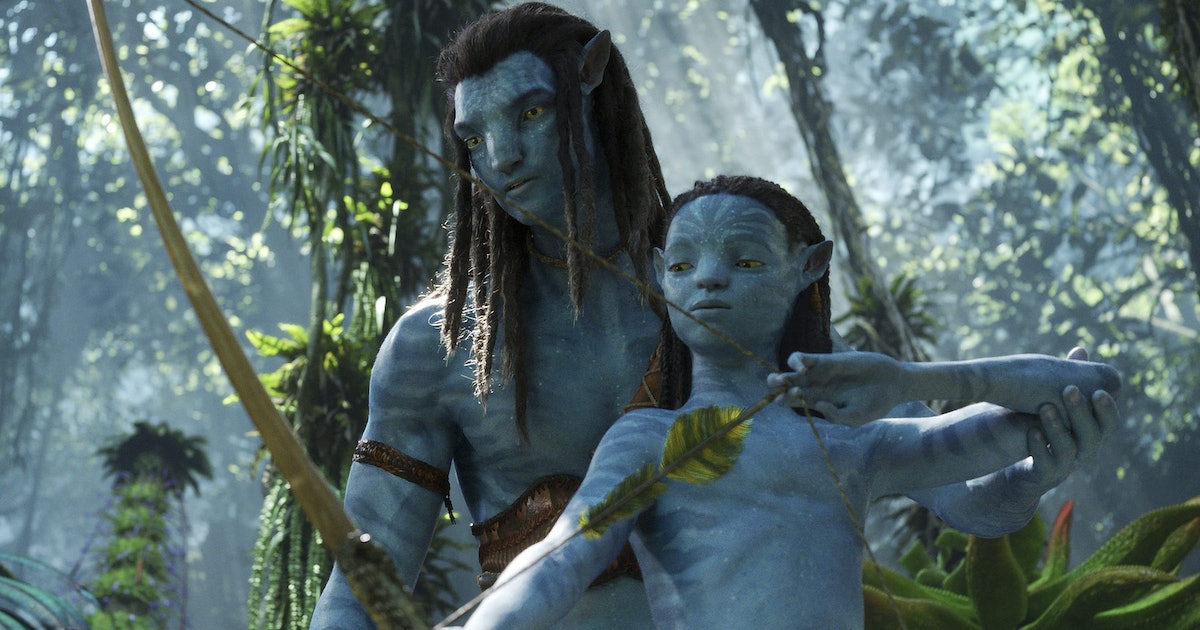 Why ‘Avatar 2’ can’t win over its most devoted audience

My dad is a man of few words. Rather, his actions speak.

He keeps the fireplace constant because he knows how much my mom loves the smell. He built my sister a bookcase with cat ears and sewed me a zippered purse out of old jeans because those were things we liked.​​

So, in 2009, when he gathered my mom and me into the living room, set up his laptop, and played an illegal Avatar torrent for us, it was clear the movie meant a lot to him. (I can count the number of movies I’ve watched with my parents on one hand.)

We sat in the living room, and, even on that dingy Dell computer, the CGI sang. Pandora was beautiful. My dad said so himself, and we didn’t even watch it in 3D in theaters.

The theater my dad went to as a kid had only one screen with hundreds of seats. Korea was still in ruins from Japanese imperialism and the wars that followed. Standing room tickets were all he and his dad could afford. The Western films, always five to ten years old, played every Saturday night, and sometimes from my grandpa’s shoulders, my dad would watch.

In 1989, he landed in D.C. and spent a quarter of his wealth, five dollars, on over-priced airport cigarettes. Those were his luxury now. He didn’t have time for movies anymore. Through the piercing loneliness of the McDonald’s dollar menu, hard work, and a language he still isn’t fluent in, he was able to obtain his piece of the so-called “American Dream” as an educated East Asian immigrant.

My dad is relearning how to be a child again because he’s missed out on so much: buying a season pass to the amusement park, playing with remote-controlled helicopters, and watching all the movies he has missed. Avatar was his first taste of candy after drinking honey water his entire life. He had never tasted or seen anything sweeter until that moment. The movie was a culmination of his progress and the dream of rest.

Despite quietly marveling at the incredible technological advances of the original Avatar, my father’s passion for the movie dwindled over time. But when I came back home for Christmas this year, he only wanted to do two things: drink whiskey and watch Avatar: The Way of Water. I booked the tickets, and we went to watch the movie the way it was supposed to be seen: in 3D.

“That’s improvement,” he says, reflecting on the journey from standing room in Korea to a comfy seat and 3D glasses in suburban Maryland.

Avatar: The Way of Water is an inarguably beautiful film. Director James Cameron pushes movie-making technology further than ever, creating a CGI world that plays with color and organic movement like no other. But do technological advances equate to a good film? Take away the technology and what do you have left?

“It’s just like a Western movie, typical,” my dad says as soon as we left the theater. He was not impressed.

The original Avatar was so successful because of the novelty of hyperrealism in the late 2000s, which was just developing as an art form. The CGI mimics high-resolution photography, giving filmmakers the ability to create entire virtual worlds that look uncannily real. James Cameron pushed this trend to new heights — and wound up making the highest-grossing film of all time.

Since the first Avatar came out, the rise of Marvel Studios and other superhero movies has normalized CGI ad nauseam, desensitizing the spectacle it once was. Virtual worlds were fresh in 2009. Now, we live in them.

Since 2009, filmmaking has evolved in more ways than the technological. While Avatar takes pride in its revolutionary 3D filmmaking, the actual dimensions and complexity of Black, brown, Asian, and Indigenous characters have only begun to take shape as people in the industry. Films like Everything Everywhere All At Once, Nope, and Spider-Man: Into The Spider-Verse don’t have the massive budget of Avatar, but they’re still able to tell stories that are nuanced, expansive, and innovative.

For something that was once so fresh and innovative to him, Avatar 2 lost itself in the technicals instead of developing an original nuanced story. Instead of excitement, he was tired at the end.

“Second ruined the first,” he says. “First one was fresh, the second was [not].”

For all its technical innovations and its refined political message, The Way of Water succumbs to the same mistakes as so many other movies that followed Avatar. It forgets that CGI and hyperrealism only work if they’re here to tell a worthwhile story.

That’s why Avatar worked for my father, even on a cheap laptop, and why The Way of Water seems mediocre, even on a giant movie theater screen.

Avatar: The Way of Water is playing now in theaters.

My dad is a man of few words. Rather, his actions speak. He keeps the fireplace constant because he knows how much my mom loves the smell. He built my sister a bookcase with cat ears and sewed me a zippered purse out of old jeans because those were things we liked.​​ So, in 2009,…

My dad is a man of few words. Rather, his actions speak. He keeps the fireplace constant because he knows how much my mom loves the smell. He built my sister a bookcase with cat ears and sewed me a zippered purse out of old jeans because those were things we liked.​​ So, in 2009,…

The most anticipated video games of 2023