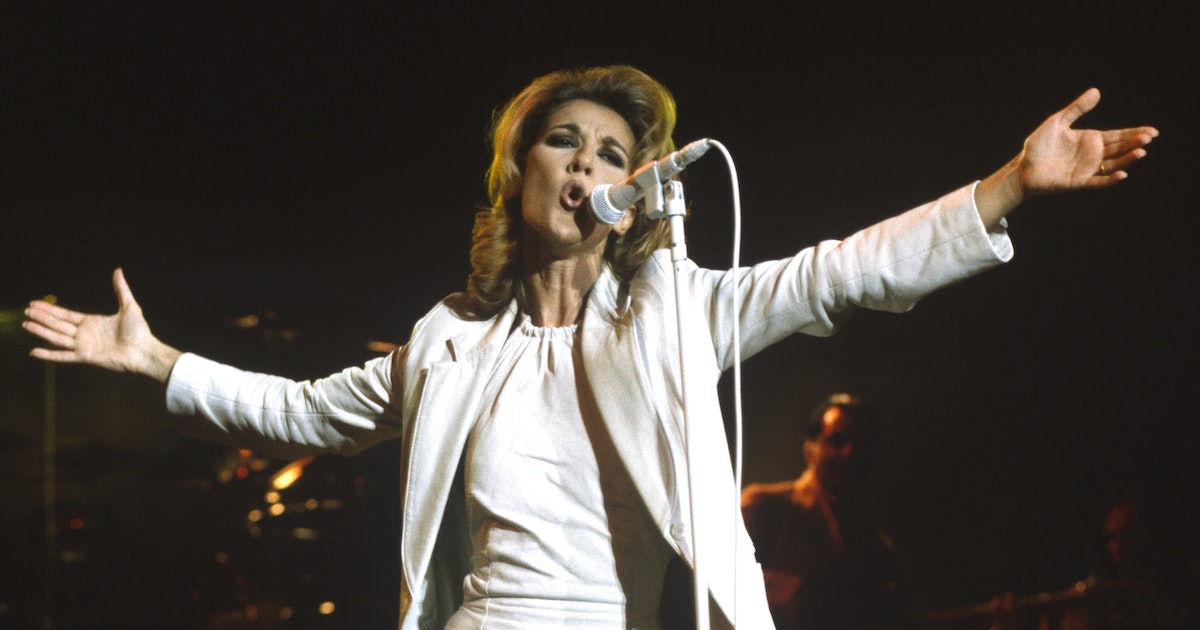 The announcement by celebrated singer Celine Dion in early December 2022 that she has stiff-person syndrome — a rare neurological condition — stunned the world and led to an outpouring of support for the French Canadian star.

Until Dion’s revelation, most people had probably never heard of the condition. Worldwide, the stiff-person syndrome affects only about 1 in a million people, mostly between the ages of 20 and 50, with twice as many women as men having the condition.

What is stiff-person syndrome?

First reported in 1956, the classic and most common form of the stiff-person syndrome is characterized by painful and fluctuating stiffness, mostly in the muscles of the trunk, including the back and abdomen, and upper legs. Patients also experience painful muscle spasms, sometimes triggered by touch or noise.

The onset of the condition is usually gradual, and those who suffer from it may experience progressive worsening of their symptoms. The experience of living with stiff-person syndrome varies from person to person, as it depends on the severity of symptoms and one’s response to treatment. Ultimately, stiff-person syndrome can affect the ability to walk, increasing the risk of falls and the need for assistance with a cane, walker, or wheelchair.

We are specialized neurologists who treat patients with movement and neuroimmunological disorders. Because the stiff-person syndrome is so rare, patients typically will receive extensive testing by multiple doctors before being diagnosed with the condition. In our experience, it is not uncommon for us to be the third or fourth doctor whom individuals seek out for an evaluation and diagnosis.

Stiff-person syndrome differs from other neurological conditions like Parkinson’s disease or multiple sclerosis. Although in each of these conditions, people can experience stiffness and cramps, the underlying cause of symptoms is different in all three.

Stiff-person syndrome is an autoimmune disorder — a broad term to describe when the body’s natural defense system mistakenly attacks the person’s own body.

In the late 1980s, researchers discovered what are known as “auto-antibodies” related to the stiff-person syndrome. Antibodies are a critical part of the body’s defense system to help fight off infection or anything that appears to be foreign. So auto-antibodies are those that mistakenly target specific receptors, cells, or organs of one’s own body. But it was the discovery of one key auto-antibody that gave physicians important insights into the disease process of the stiff-person syndrome and how to manage it with various medications and immunotherapy.

The human nervous system is comprised of various pathways that prevent too much or too little muscle activation. An enzyme called glutamic acid decarboxylase, or GAD, helps convert a neurotransmitter — a chemical that nerve cells use to communicate — called glutamate to gamma-aminobutyric acid, or GABA. This process plays an important role in preventing excessive muscle activity.

Researchers have found that 60 percent to 80 percent of people with the classic stiff-person syndrome have elevated levels of the auto-antibody called anti-GAD. Antibodies against GAD prevent the formation of GABA, which can then lead to excessive muscle activity, such as stiffness.

While anti-GAD appears to be the most common auto-antibody in those with a classic stiff-person syndrome, recent discoveries have revealed additional antibodies that can also result in the condition.

To date, there is no cure for the stiff-person syndrome. Current treatments are aimed at improving stiffness and spasms and modulating the immune system.

Different types of muscle relaxants are used to treat muscle tightness and spasms. And some anticonvulsants used to treat epilepsy have also been shown to reduce muscle spasms.

Doctors may also use treatments that target the immune system. Evidence is accumulating that one treatment, known as intravenous immunoglobulins, may be effective. Immunoglobulins, or antibodies, collected from thousands of healthy donors are given intravenously at regular intervals to patients with the stiff-person syndrome to help improve their symptoms.

Alternate treatments for those who do not respond to these approaches may include antibody therapy with the drug rituximab or a procedure called plasma exchange in which the auto-antibodies are filtered out. However, evidence for the effectiveness of these therapies is lacking.

Doctors like us still have a lot to learn about the stiff-person syndrome, but increasing awareness of this condition may lead to a more timely diagnosis and help accelerate research. And as more people learn about it, they may be more likely to recognize the symptoms and seek treatment earlier.

Patients with milder symptoms or those who respond well to treatment may continue functioning independently while they continue medical therapy. For others, symptoms may not be completely controlled and could lead to disability.

We recognize that the journey to a diagnosis of stiff-person syndrome can be challenging, and receiving the diagnosis can be life-altering. But through capable teams of doctors and other support systems for people who are diagnosed with the stiff-person syndrome, researchers like us hope to help patients continue living life to the fullest.

This article was originally published on The Conversation by Bhavana Patel and Torge Rempe at University of Florida. Read the original article here.

The announcement by celebrated singer Celine Dion in early December 2022 that she has stiff-person syndrome — a rare neurological condition — stunned the world and led to an outpouring of support for the French Canadian star. Until Dion’s revelation, most people had probably never heard of the condition. Worldwide, the stiff-person syndrome affects only…

The announcement by celebrated singer Celine Dion in early December 2022 that she has stiff-person syndrome — a rare neurological condition — stunned the world and led to an outpouring of support for the French Canadian star. Until Dion’s revelation, most people had probably never heard of the condition. Worldwide, the stiff-person syndrome affects only…

What you need to know about the ‘alarming’ new XBB.1.5 COVID subvariant