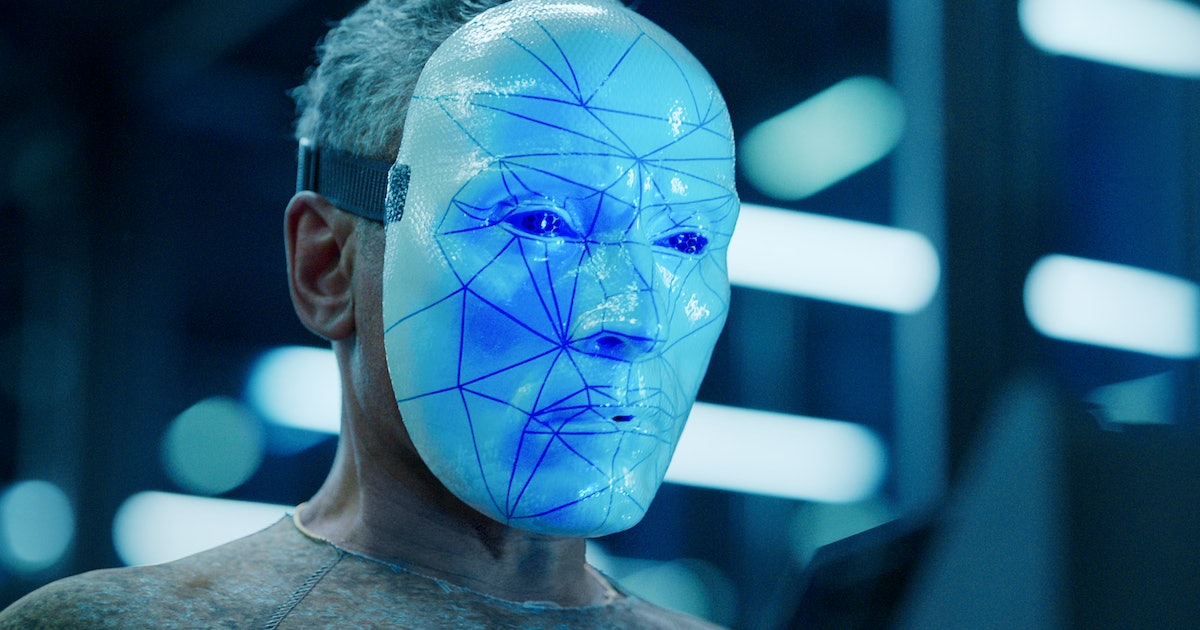 When streaming blew up, its biggest strength against primetime television was that it allowed the viewer to watch shows at their own speed. You could watch one episode a week like a regular show, or binge the entire thing. Suddenly, appointment television was a thing of the past and water cooler conversations started with, “Have you finished it yet?”

But one element remained the same — everyone watched the shows in the same order. With Kaleidoscope, Netflix’s newest heist show starring Giancarlo Esposito, this model is disrupted. But while the format is intriguing, it’s not the case for another upheaval of how we watch TV.

Kaleidoscope, formerly titled Jigsaw, is your straightforward heist story spanning decades — there’s an old grudge, a prison break, a crew collected, a complex safe, an even more complex plan, and even a real-life inspiration. But this show has one thing setting it apart: it appears on each Netflix user’s home screen in random order.

Well, random isn’t exactly the right word. While the first seven episodes appear in different orders, the finale will always be a finale, ridding the show of the insurmountable problem of ending on a bang no matter the order. Because the episodes can’t be numbered for fear of letting on an intended order, they are instead given colors, ending with the finale, entitled “White.”

It’s not the first time Netflix has tried different episode orders for different series. Viewers noticed a difference in the episode orders for Love, Death and Robots Season 1, which some people interpreted as based on personal info gleaned from watch history (though Netflix denied it.) But Kaleidoscope is the first time the episode order difference is used as a marketing ploy, and it’s definitely enticing — because of the individuality of the viewing experience, there’s an incentive for viewers to compare notes with others who watched it in another order.

Unfortunately, there’s not much to talk about. No matter which order you watch the series, the characters all feel like they’re biding time until the heist, which is, naturally, covered in the finale. There are plot points that “click” together like the jigsaw of the working title, but it’s often more of an “oh, I see,” than an “a-ha!” moment.

It all comes down to the part of heist movies that keep us watching over and over again — the clever workarounds the team uses to get around the security measures of the safe. They are certainly exciting, but after seven episodes of build-up — including two that take place after the events of the heist — it’s not enough of a reward for the emotional investment viewers put into these characters.

Probably the closest parallel to Kaleidoscope is the Black Mirror interactive spinoff Bandersnatch, which basically turned the Netflix viewing experience into a video game. It was exciting to see something new, something experimental, but it’s just that — an experiment. After watching the series in the “random” order, it’s too tempting to watch it again chronologically.

Another downside to this new approach is how it fails the show’s characters. At the start of each episode, every character has to be reintroduced in case that episode is someone’s first. It doesn’t give them any room to grow, because any episode could be the “baseline” for a group of viewers. They have to remain archetypal stock characters because there’s no wiggle room to allow them to be anything else.

The cast does their best to spin non-linear straw into gold, especially Giancarlo Esposito, who defies his villain character actor reputation by playing Leo Pap, the leader of the heist crew and the man with the most at stake. Meanwhile, Rufus Sewell plays right into his reputation of a villainous character actor as Roger Salas, a character with a deep backstory and an even deeper evil streak.

Heists are always team efforts, and this is no exception. Tati Gabrielle, Peter Mark Kendall, and Jai Courtney are all standouts of a high-caliber cast, but the script only gives them so much to work with. For example, if the episode orders given by Netflix are truly random, a viewer may first see “Pink,” the episode set six months after the heist. How enticing could the heist be if the viewers know how it all ends?

Television consists of episodes ordered for a reason. Maybe with an anthology, you can jump around, but this non-linear format would benefit from some structured randomness. Flash-forward and flashback as much as needed, but keep it in an engineered order. The viewing experience is only heightened with more structure, not less, and Kaleidoscope is unfortunate proof. It’s a risk, but it didn’t pay off.

Kaleidoscope is now streaming on Netflix.

When streaming blew up, its biggest strength against primetime television was that it allowed the viewer to watch shows at their own speed. You could watch one episode a week like a regular show, or binge the entire thing. Suddenly, appointment television was a thing of the past and water cooler conversations started with, “Have…

When streaming blew up, its biggest strength against primetime television was that it allowed the viewer to watch shows at their own speed. You could watch one episode a week like a regular show, or binge the entire thing. Suddenly, appointment television was a thing of the past and water cooler conversations started with, “Have…

100 years ago, Stan Lee was born. He changed superheroes — and the world.