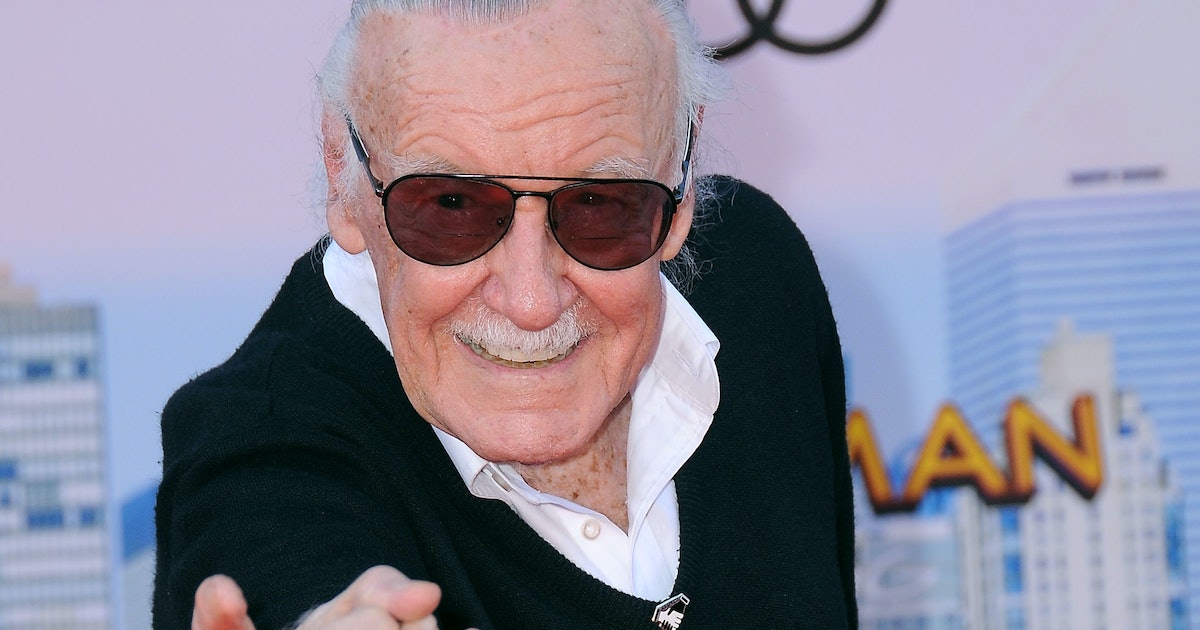 100 years ago, Stan Lee was born. He changed superheroes — and the world.

December 28, 2022, marks 100 years since the birth of the world’s most famous comic book writer: the late Stan Lee.

The 1960s were Stan Lee’s most astonishing decade, during which he came up with ideas and scripts for the first appearances of such heroes as the original X-Men, Iron Man, Thor, the Hulk, Black Panther, Daredevil, and Doctor Strange.

This extraordinary purple patch elevates Lee as one of the architects of modern pop culture. The Marvel method of writing comics (where artists plot the story of a comic and the layout of the pages based on a collaborative approach between artist and scriptwriter) enabled him to script several hundred comics in the 1960s.

He wrote the dialogue for the first decade of titles featuring Spider-Man, the Hulk, the X-Men, and many others.

Stanley Martin Lieber (who later changed his name to Stan Lee) was born to Jewish-Romanian immigrants in Manhattan. His father was a dress cutter, and Lee had teenage jobs delivering sandwiches, as a theatre usher, and as an office boy, before his first writing jobs. These included advance obituaries and publicity material for the National Tuberculosis Centre.

In 1939, he found work at Timely — later renamed Atlas Comics and eventually Marvel — as an editorial assistant, with his first writing credit on an early issue of Captain America in 1941. This issue saw the writer adopt his pen name, and saw Cap throw his shield as a weapon for the first time — now a signature move for the hero.

Superheroes have been around since the 1930s, with DC Comics finding an early lead in publishing Batman, Superman, and Wonder Woman. But by the early 1960s, the genre had stagnated.

At this time, sci-fi and horror anthologies were Marvel’s staples. For the final issue of one floundering Marvel anthology, Amazing (Adult) Fantasy, Lee and artist Steve Ditko invented a new character — Spider-Man. The character was “an instant success,” helping revive the superhero genre.

Superheroes in the 1960s

In 1960, DC hit on the idea of gathering its most popular heroes together to create the Justice League of America, following its earlier Justice Society. At Marvel, Lee had only just co-created such characters as the Hulk, Iron Man, and Ant-Man, but within a year of their first appearances brought them together to form The Avengers.

These initiatives show that Lee was not only good at creating concepts that others could build on. He also had a savvy nose for marvelous ideas, copying what rival companies were doing and looking for new readership.

He also remembered the company’s back catalog. First, he brought back Namor in 1962, then revived Captain America in 1964. He also reimagined 1930s characters Angel and Human Torch as members of the X-Men and Fantastic Four, respectively.

Lee rose quickly from fill-in writer to editor-in-chief at Marvel, partially due to the exodus of Captain America creators Joe Simon and Jack Kirby to DC due to lack of profit sharing and, perhaps, being a cousin of the owner’s wife.

Lee enjoyed being the public face of Marvel, conducting Q&As about comics at colleges in the 1960s. He also added “Stan’s Soapbox” to hundreds of titles, a column that allowed him to not only respond to reader letters but also pursue an anti-racist agenda.

The public associated him with many of the characters he co-created because he also narrated Spider-Man And His Amazing Friends and The Incredible Hulk cartoons in the 1980s, as well as the Spider-Man video games in the 2000s.

More recently, cameos in nearly every Marvel adaptation between 2000 and 2018 made Lee the face of the film franchises.

Despite being of Jewish descent, Lee showed little interest in faith but saw “world religion as a way into the storytelling process.”

While the Fantastic Four’s Thing was eventually revealed to be Jewish, it took four decades for this to be worked into storylines.

Lee’s fellow Jewish collaborator Jack Kirby, however, may have included iconography of the Golem (a mythical humanoid made of earth brought to life in Jewish folklore) into the character’s design and gave him a fictional Jewish neighborhood as a home.

Although Lee didn’t bring his own background to his comics, he and Kirby wished to create the “first black superhero,” leading to the co-creation of Black Panther in 1966.

Interested in minority representation in the genre, Lee was also working on a TV adaptation of an LGBTQ+ superhero novel, Hero, in the 2000s before that project was stymied by its gay writer’s passing in 2011.

One comic he co-created — X-Men — has resonated with LGBTQ+ readers. In an article for Syfy, author Sara Century wrote that with its 1980s run X-Men “implied queerness … and an analog to AIDS”.

Pop culture expert Anna Peppard notes Marvel comics in the 1960s and beyond took in themes from “the Civil Rights movement, second-wave feminism … and liberal multiculturalism”.

One of the last characters Lee created for Marvel was She-Hulk, whose 2022 TV series challenged toxic masculinity in superhero fandom. Stan Lee passed away, aged 96, in 2018.

By accident or design, Lee’s comics and the characters he helped create have had not only a massive influence on pop culture but also reflected an increasingly liberal world.

For these reasons and many more, his impact on the world is well worth celebrating.

This article was originally published on The Conversation by Alex Fitch at University of Brighton. Read the original article here.

December 28, 2022, marks 100 years since the birth of the world’s most famous comic book writer: the late Stan Lee. The 1960s were Stan Lee’s most astonishing decade, during which he came up with ideas and scripts for the first appearances of such heroes as the original X-Men, Iron Man, Thor, the Hulk, Black…

December 28, 2022, marks 100 years since the birth of the world’s most famous comic book writer: the late Stan Lee. The 1960s were Stan Lee’s most astonishing decade, during which he came up with ideas and scripts for the first appearances of such heroes as the original X-Men, Iron Man, Thor, the Hulk, Black…

The most anticipated movies of 2023