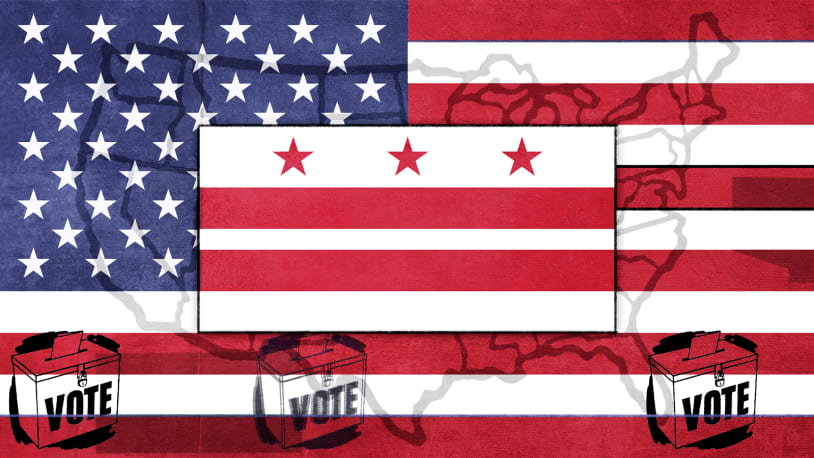 The debate over a potential 51st U.S. state seems to be never-ending, with numerous territories staking claims that they should get the next star on the flag. While Guam has been under consideration, and a vote to give Puerto Rico an input on statehood recently passed the House, there is one region that always comes up at the top of the list: Washington, D.C. The nation’s capital is among the oldest cities in the United States, and with an estimated population of 670,000, it has more people than Wyoming and Vermont. Campaigns for D.C. to become the 51st state have been ongoing for years, and the official website for statehood is even endorsed by the city government and Washington, D.C., Mayor Muriel Bowser.

The question is not if another state will be added to the union, but when. But should it be Washington, D.C.?

Washington, D.C., should become a state because its citizens deserve full representation

One of the main arguments for D.C. statehood is that its residents deserve representation. Though D.C. residents can vote for president, Washingtonians “lack both full representation in Congress or local control over our laws and budget,” writes Anne Anderson for the League of Women Voters, making them not quite “full citizens.” “We just want to join the Union as a state whose 712,000+ people live, work, play, and pay taxes like everyone else,” Anderson goes on, adding that people in the city are angered by “taxation without representation” and want “to figure out how to manage our local laws and budget without running into the whims of one congressperson or another.”

Susan Rice, the national security advisor under former President Barack Obama, agreed, writing in an op-ed for The New York Times, “Washington is the only national capital in the democratic world whose citizens lack equal voting rights … Washington’s citizens pay more per capita in federal income taxes than any state in the country and more in total federal income tax than 22 states. Our men and women in uniform fight and die for America.” Rice also said that taxation without representation “violates our democratic rights and relegates residents to second-class citizenship.”

The organization Tax March had a similar stance following a potential bill on D.C. statehood. “The Senate has a moral and constitutional duty to bring this bill to a vote, pass D.C. statehood, and end more than two centuries of discrimination and voter suppression,” the group wrote in a statement. The executive director of Tax March, Maura Quint, released an accompanying statement noting that the residents of D.C., many of them African-American, had been denied their full rights as a result of taxation without representation. “We commend the House for passing this bill, and call on the Senate to amend its rules to grant statehood with 51 votes. It’s time to give D.C. the representation it deserves,” Quint wrote.

D.C. should become a state because it already bears many of the same authorities

In many ways, there are aspects of Washington, D.C.’s government that function similarly to an actual state. “The District has many of the responsibilities of a state without the full autonomy and reserved powers that states enjoy under the 10th Amendment,” Sheila R. Foster and Meryl Chertoff write for The Hill. “While D.C. is most often treated like a state for purposes of receiving federal grants and aid, Congress can decide to treat it more like a territory.” The pair also noted that in 2020, former President Donald Trump “threatened to … take control of or ‘federalize’ the D.C. police force, another proof of D.C.’s lesser status compared to other state and local governments.”

Additionally, CNN political writer Zachary Wolf writes, “The 23rd Amendment, enacted in 1961, gives District residents a say in presidential elections. The District is treated like a state for that purpose only, and it gets three Electoral College votes. But that’s only one portion of the representation a U.S. citizen should probably get.”

An article published by the District of Columbia ACLU brought up similar arguments, and also noted that, while D.C. may not be a state, “congressional control over D.C.’s budget and overreach into D.C.’s local policies has caused harm by depriving D.C. residents of hundreds of millions of dollars in critical programs.” The article adds, “In just the last several years, lack of statehood and full voting representation in Congress has deprived D.C. of hundreds of millions of dollars that could have been spent on addressing our most pressing concerns.”

Making D.C. a state would be unconstitutional

One of the main arguments against making D.C. a state is that the Constitution prohibits it. “It’s not by accident or oversight that the nation’s capital isn’t a state: The Founding Fathers wrote it into the Constitution,” Jeff Jacoby writes for The Boston Globe. “Article I, Section 8 provides explicitly for a national capital that would not be part of a state nor treated as a state, but rather a unique enclave under the exclusive authority of Congress — a neutral ‘district’ in which representatives of all the states could meet on an equal footing to conduct the nation’s business.“

“Reasonable people can disagree on the wisdom or fairness of the framers’ plan, but the only way to change it is to amend the Constitution,” Jacoby adds. “It may frustrate Washingtonians to be denied the perquisites of statehood on Capitol Hill, but Americans plainly have not wanted to change the Constitution to make that happen.”

Texas Attorney General Ken Paxton (R) agrees, and issued a statement saying the founders “explicitly set aside a federal district” to serve as a national capital. Paxton also argued that if Washington, D.C. becomes a state, “it will not join the others in equal standing” because “Article I, Section 8” of the Constitution defines the seat of the federal government shall be “at most 10 square miles and separate and apart from the other ‘particular States.'”

Saying D.C. statehood is unconstitutional is a misinterpretation of the Constitution

However, others feel that not allowing statehood for D.C. is simply a misreading of the Constitution. “The admissions clause in Article IV, Section 3, of the Constitution grants Congress the authority to admit states into the union, just as it has done with the 37 states that followed the original 13 colonies,” Erwin Chemerinsky writes for The Washington Post. “Yes, the Constitution requires that there be a federal district. But the proposed legislation to make D.C. the 51st state … maintains the existence of the neutral federal district that the Founders created and shrinks it.”

“The question of D.C. statehood should not be about the partisan consequence of granting statehood, but rather about the democratic consequence of denying it,” writes Russ Feingold for The Hill. “The Constitution clearly grants Congress the authority to add states.” Feingold further argues that Congress should be allowed to use “its constitutional prerogative. Thereafter, if someone wants to challenge the constitutionality of granting D.C. residents equal rights and representations, they can and certainly would turn to the courts.”

December 31, 2022 December 31, 2022 The debate over a potential 51st U.S. state seems to be never-ending, with numerous territories staking claims that they should get the next star on the flag. While Guam has been under consideration, and a vote to give Puerto Rico an input on statehood recently passed the House, there…

December 31, 2022 December 31, 2022 The debate over a potential 51st U.S. state seems to be never-ending, with numerous territories staking claims that they should get the next star on the flag. While Guam has been under consideration, and a vote to give Puerto Rico an input on statehood recently passed the House, there…

Kevin McCarthy lost the first- and second-round speaker votes. Here’s what happens next.