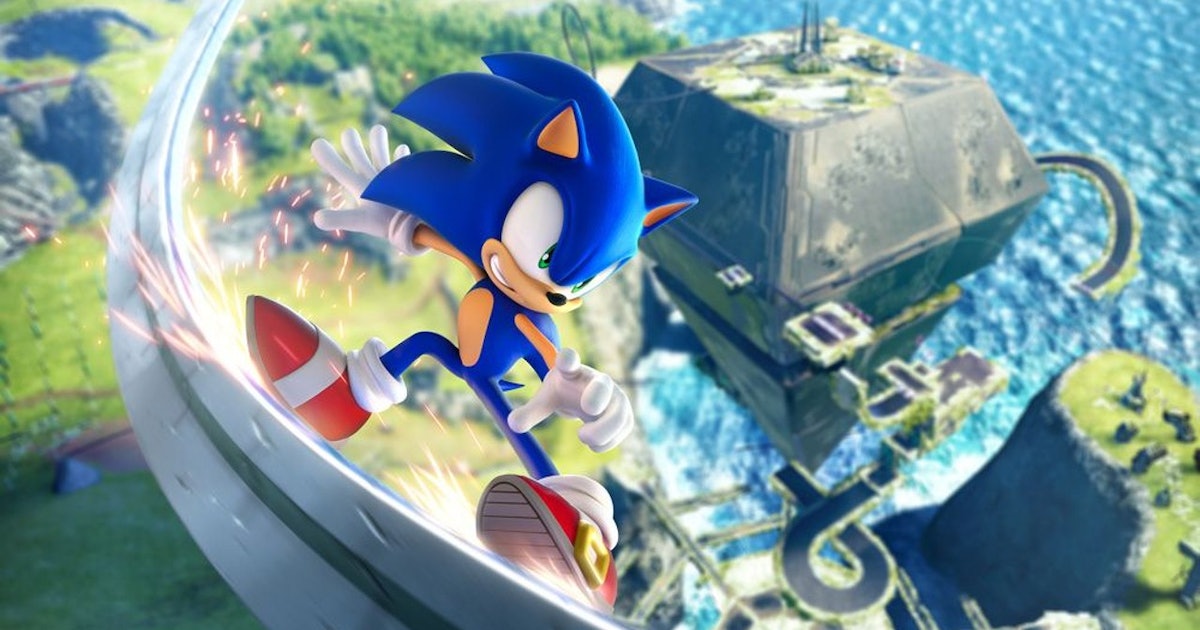 One second, you’re dashing through hills to find collectibles. The next, you’re in the middle of a Dragon Ball-esque aerial battle with a hulking titan. These disparate elements come together surprisingly well, and a key reason for that is the game’s incredible soundtrack, which manages to seamlessly pivot between various moods and styles.

Lead composer Tomoya Ohtani says the concept for Sonic Frontiers’ soundtrack was “Stillness and motion,” and the development team always intended for there to be a sort of dichotomy between different types of music.

“There were more elements to think about in terms of music and production. That was very challenging,” Ohtani tells Inverse. “But it was an extremely stimulating experience. Personally, I find continuous change more enjoyable than mass-producing the same kind of thing.”

The team took a methodical process to creating a genre-defying soundscape. During the initial stages of development, they created a prototype build with one track each for the island, a Guardian battle, Cyber Space, and a Titan battle. This minimalist test helped the team see how the “stillness” of non-combat would contrast with the “motion” of combat. From there, Ohtani and his team established a musical direction for each section of the game and started expanding the number of tracks, making sure everything fit together along the way.

“Creating a variety of tracks wasn’t difficult,” says Ohtani. “The post-classical music for the islands, the metalcore or post-hardcore music for the Titan battles, the electronic music for Cyber Space, and the lo-fi hip hop for the fishing areas are all made up of musical genres I enjoy. The parts just naturally came together.”

The music of Sonic Frontiers evolves as you progress — as you collect more items to make Sonic stronger and when you move to different islands. Ohtani and his team wanted to give players a sense of growth across the entire experience.

“We wanted to reinforce the idea that the player is moving the story forward through the music,” Ohtani says. “The beginning of the game is melancholy and mysterious, but later in Chaos Island, you might get the feeling that you’re getting closer to achieving your objective. We’ve included longer arcs of change, such as the music that plays during Sage’s scenes developing to match her state of mind as it changes from the beginning of the game to the end.”

The Sonic series has always been renowned for its music, but Frontiers stands out from the rest, even in a year dominated by God of Wår Ragnarok and Elden Ring. To create the game’s memorable mood, Ohtani and his team thought deeply about the “loneliness” that’s so central to its exploration.

“I used a piano to look for music with an atmosphere that would match Kronos Island. It’s a musicality that I didn’t have much opportunity to create in the Sonic series up until now, but it’s an idea I’ve had for a while,” says Ohtani. “Based on the photorealistic graphics, I wanted to use detailed environmental sounds to provide a sense of immersion. And because the player needs to be able to tell where the Koco are based on their voices and sound effects, I constructed the music with fewer parts to avoid drowning them out with aggressive tracks.”

Ohtani and his team mostly constructed new music for Frontiers, rather than relying on past tracks from the series. Even the Cyber Space levels, despite visually emulating past games, feature entirely new music by Ohtani as well as three other young creators – Rintaro Soma, Kenji Mizuno, and Kanon Oguni.

“We took a cue from the concept that all of Sonic’s past experiences and memories are saved in Cyber Space. The tracks aren’t arrangements of past music, but we thought it would be enjoyable if you could feel the flow and context of electronic/dance music in the Sonic series from Sonic CD and Sonic R all the way to Sonic Rush and Sonic Forces,” Ohtani says.

Anyone that’s played Sonic Frontiers knows its adrenaline-fueled highs are the massive Titan battles, highlighted by intense metalcore tracks with full vocals. They are meant to “surprise” the player and immediately shift the tone away from one of calm exploration.

“I wanted to bring in the sound of a guitar with more than six strings, so I bought software instruments that simulated a nine-string guitar to start composing, come up with riffs, and put together a demo version,”’ says Ohtani. “For the actual recording, I wanted to work with a musician who could play a nine-string guitar. Then I met MEG, who works with Babymetal on arrangement and production, and asked him to join. He first finished the guitar part on the main theme, and then completed the Titan battle tracks one by one.”

From that point, Ohtani sought out other talent that could help flesh out the Titan tracks, which eventually led to musicians like Kellin Quinn, lead vocalist of Sleeping with Sirens, signing onto the project.

Dozens of video games feature dynamic music, but few manage to combine genres as successfully as Sonic Frontiers. It simply wouldn’t be the same experience without its audio design and soundtrack. Looking to the future, Ohtani hopes to continue to experiment with the series.

“If Sonic Team explores new game designs, it wouldn’t make sense for just the music to stick to the tried-and-true style of the past. We’ll retain what was good about the games that came before while aggressively taking on new challenges,” he says. “If the game provides a variety of experiences, that will probably result in a varied soundtrack. And actually, I’d like to ask players how they want to see the soundtracks evolve going forward!”

Variety is Sonic Frontiers’ biggest strength. One second, you’re dashing through hills to find collectibles. The next, you’re in the middle of a Dragon Ball-esque aerial battle with a hulking titan. These disparate elements come together surprisingly well, and a key reason for that is the game’s incredible soundtrack, which manages to seamlessly pivot between…

Variety is Sonic Frontiers’ biggest strength. One second, you’re dashing through hills to find collectibles. The next, you’re in the middle of a Dragon Ball-esque aerial battle with a hulking titan. These disparate elements come together surprisingly well, and a key reason for that is the game’s incredible soundtrack, which manages to seamlessly pivot between…