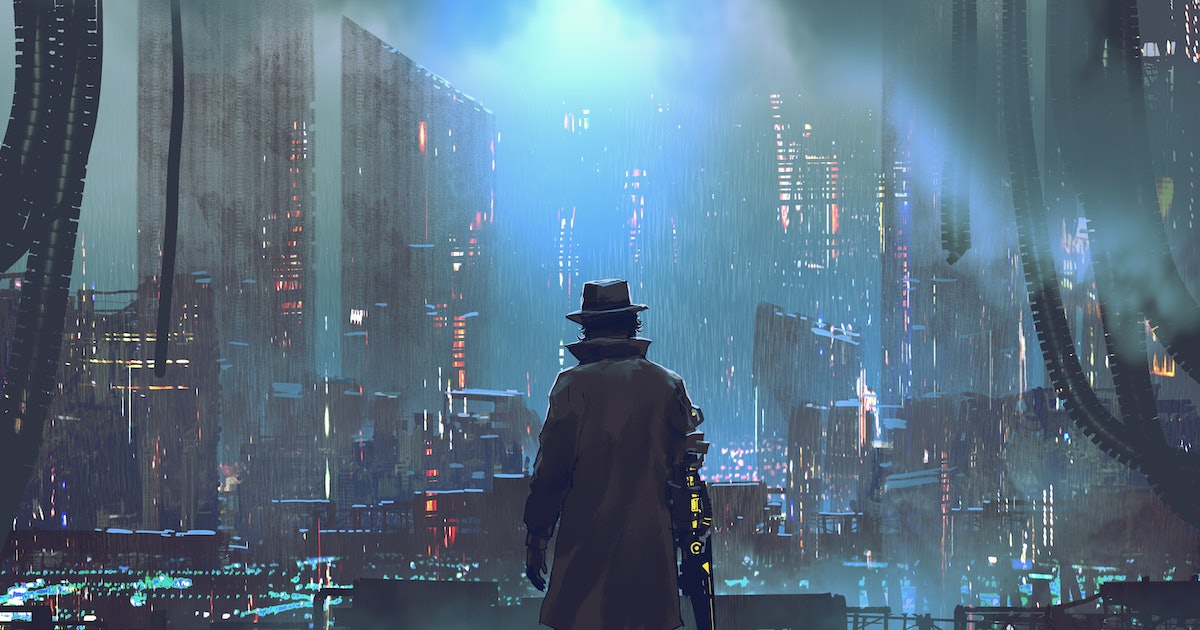 Are there people who are truly evil? Whose actions can’t be redeemed, whose souls aren’t worth saving, who were born with a fundamental moral brokenness? One of the earliest human questions, the idea of metaphysical evil is harped on in religious texts and fictional works. But the more research that’s done on the human brain, the larger the divide grows between those who think conscious evil is real and those who believe it’s a neurological defect.

If we can’t agree on where evil comes from, how are we supposed to agree on the best way to combat it? Prisons have become the go-to, but they can have their own problems: Systemic racism, overcrowding, physical abuse, for-profit exploitation. Before prisons, it was mutilation and capital punishment. Humans have struggled with proportional ideas of crime and punishment throughout history, so who’s to say the future won’t yield more of the same? A bleak, brutal adaptation of Anthony Burgess’ dystopian novel, Stanley Kubrick’s A Clockwork Orange traps audiences inside the head of a violent sadist to ask what justice might look like for both his victims and the perpetrator.

Is Alex DeLarge evil? As the sociopathic leader of a gang, Alex engages in all manner of depraved activities, including beating a homeless man and committing sexual assault. Malcolm McDowell brings a delighted theatricality to Alex’s repugnant crimes, exemplified in scenes like the chilling “Singin’ in the Rain” attack, but he also captures the intellectual complexity that makes Alex so terrifyingly sane. In fact, after McDowell asked Kubrick why he was hired, the legendary director responded, “you can exude intelligence on the screen.”

It’s clear that Alex is cognizant and intentional, but the film also invites us to ask what role society plays in Alex’s development. The world of A Clockwork Orange is authoritarian and devoid of warmth, its emptiness punctuated by moments of sensationalized violence and over-stimulation. There seem to be no outlets or avenues for young men like Alex to channel their energy into, and even Alex’s probation officer P.R. Deltoid (Aubrey Morris) revels at the thought of watching him fail. Can Alex’s behavior be blamed on his nature? Or does a society that nourishes his worst tendencies share some responsibility?

Alex’s hedonistic crimes catch up with him, and he’s thrown in jail for the murder of a woman during a botched robbery. After serving two years, Alex volunteers for the experimental Ludovico Technique, aversion therapy where he’s pumped full of nausea-inducing drugs while forced to watch extreme acts of violence to cure his savage tendencies.

Burgess’s original novel was a passionate rebuttal of psychologist B.F. Skinner’s Beyond Freedom and Dignity, which argued that belief in free will and moral responsibility prevents society from creating scientific solutions to behavioral problems. Burgess considered Skinner’s book dangerous, and that same passionate belief can be felt in the film; the Ludovico Technique functions less as a cure for Alex’s aberrant behavior and more as a system of authoritarian conditioning. When the Minister of the Interior demonstrates the Technique’s success by beating and humiliating Alex, it’s clear the achievement isn’t whether Alex has gained empathy, but how subservient and docile he’s become.

Once Alex is finally released, he discovers just how little the world has to offer him. He’s kicked out of his family’s home, and his old underlings have become police officers. There’s a dark irony in the idea that while Alex’s friends were just as brutal as he was, the film’s authoritarian government has turned their brutality into state-sanctioned violence. In truth, Alex is set up to fail, as both sides of the discussion about crime and justice are little more than extensions of authoritarian control. As a criminal, Alex only matters as a statistic, a phenomenon used to terrify citizens into giving away their liberties. After being reformed, Alex only has value as a political prop.

Is Alex DeLarge evil? There’s no way of truly quantifying what makes someone do evil things, but it’s easy to see that dehumanization isn’t a path to reformation. Despite stripping him of moral choice and personal expression, it’s clear that Alex is exactly the same person as when he went inside. The punitive justice system has failed to make him a better person, and the film’s emphasis on Alex’s suffering also highlights another of its failing: It centers the villain.

We spend all of A Clockwork Orange watching the system fixate on Alex’s crimes, punishment, and rehabilitation, but nothing is done to help those he hurts. The homeless are still homeless, the writer he beats ends up imprisoned for his political beliefs, and the two accomplices to Alex’s murder are rewarded with a badge. There’s a conversation to be had about whether Alex is evil and whether he deserves to be tortured and exploited for his crimes, but the only definitive argument to be made is that any version of criminal justice that ignores the victims is one that’s ultimately doomed to fail.

A Clockwork Orange is streaming on Netflix until December 31st.

Are there people who are truly evil? Whose actions can’t be redeemed, whose souls aren’t worth saving, who were born with a fundamental moral brokenness? One of the earliest human questions, the idea of metaphysical evil is harped on in religious texts and fictional works. But the more research that’s done on the human brain,…

Are there people who are truly evil? Whose actions can’t be redeemed, whose souls aren’t worth saving, who were born with a fundamental moral brokenness? One of the earliest human questions, the idea of metaphysical evil is harped on in religious texts and fictional works. But the more research that’s done on the human brain,…

“Every scene was an incredible challenge”

‘Doctor Who’ 60th Anniversary release date, cast, and trailer for the 2023 specials