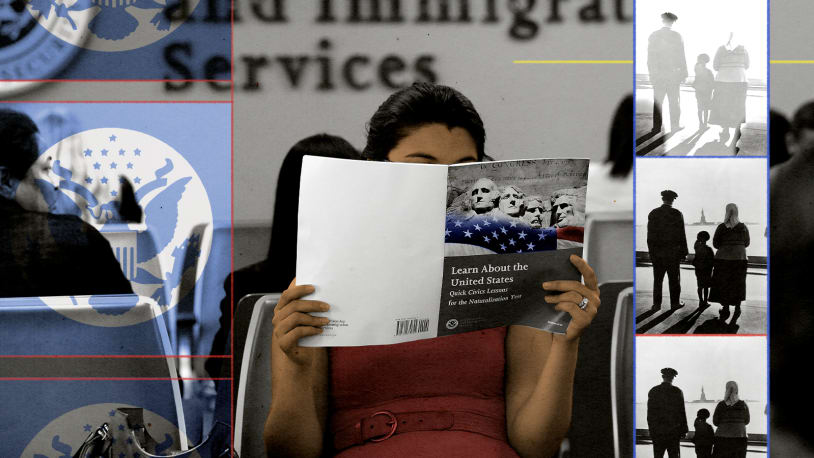 The evolution of the U.S. citizenship test

The U.S. citizenship test has been a staple of the naturalization process, but are there changes to come? Here’s everything you need to know:

What is the citizenship test?

The U.S. citizenship test is just one step in the process to become a U.S. citizen by naturalization. It is also one of the more iconic pieces, given its depiction in the media. It is composed of an English test, designed to test the applicant’s ability to read, write, and speak English, and a civics test.

The civics test is the more recognizable of the tests. It is a series of questions that prospective citizens need to answer in order officially become citizens. The questions test civic, constitutional, and historical knowledge and are delivered orally. There are 100 potential questions but only 10 are asked. Six correct answers are required to pass.

Both of these tests take place during the naturalization interview.

Where did the citizenship test come from?

Before 1906, citizenship was fully in the control of the courts. At the time, the citizenship test was mostly given orally and was only regulated by local naturalization laws, so there was no centralized control of the test. Some naturalized citizens were never even tested on civic knowledge at all.

Then in 1906, the Bureau of Naturalization, now called U.S. Citizenship and Immigration Services (USCIS), began to standardize the naturalization process. It developed an educational program to teach immigrants history and civics, but did not yet standardize the questions or methods of testing. In the 1930s, trick questions were banned from being asked and the scope of material was also reduced greatly. In the 1950s, the civics portion of the exam became a required piece of the naturalization process.

In 2008, the civics exam and the reading and writing portions of the English exam were standardized to what they are today, per CNN. However, in 2020, the Trump administration made changes to the civic exam in his crackdown on immigration, raising the number of potential questions to 128, raising the number of questions asked to 20, and requiring 12 correct answers to pass.

President Biden then reverted the test to the 2008 version in 2021 when he took office. Currently, the speaking portion of the naturalization exam remains unstandardized, so it may vary depending on who administers the exam. Because of this, Biden has plans to re-examine the citizenship test for 2023.

What changes does Biden want to make to the test?

The Biden administration is reviewing both the civic and English portions of the exams in order to make them fairer. USCIS said the review is “responding to suggestions from the wider community.”

One of the edits will be to standardize the speaking portion of the English exam to better reflect a typical conversation gauging comprehension. At the moment, this portion is subjective based on the examiner. The speaking and writing portions will remain as is.

For the civics test, the administration wants to reformat the exam to be multiple choice, rather than the current fill-in-the-blank format. The test would still be administered orally. The purpose is to make the exam easier to pass and more accessible.

The review is part of an executive order that Biden signed at the beginning of his presidency.

What are the problems with the citizenship test?

Failing either portion of the naturalization test is one of the most common reasons for citizen status being rejected — but is that really fair?

For one, a study in 2018 found that only about a third of American citizens would be able to pass the citizenship test. This raises questions both about the efficacy of the American education system and about whether the U.S. should expect prospective citizens to know what many citizens don’t know. Also, the Trump-era revised test included questions that many deemed convoluted and unfair.

The U.S. also requires basic proficiency in English to become a citizen, aside from some circumstances, despite not having an official language. This serves as a barrier for people who have English as a second or third language.

In general, the naturalization process is extremely long-winded, requiring permanent residence in the U.S. between three to five years. For this, a person requires a Green Card, which is difficult to obtain and requires specific eligibility.

“The naturalization test is a key step in becoming a U.S. citizen,” said USCIS Director Ur M. Jaddou. “We welcome input from — and the participation of — stakeholders who are familiar with this important process, as we continue to improve and update our naturalization test.”

The most unforgettable film and TV moments of 2022

Is there a cure for a peanut allergy?