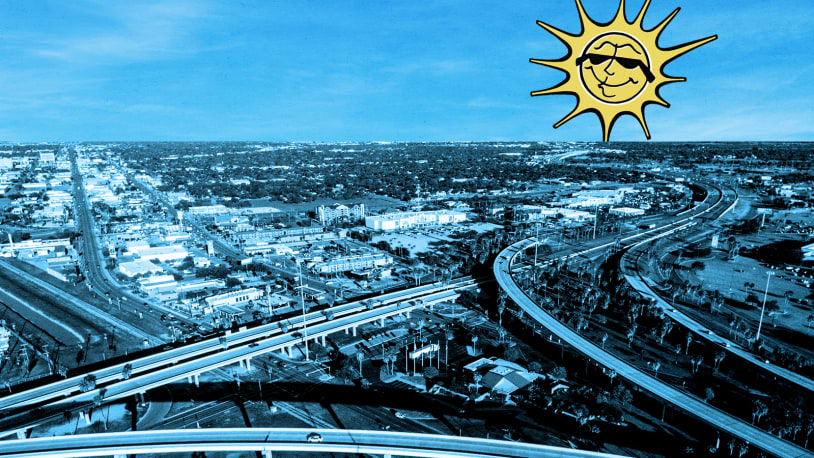 Most affordable cities in the U.S.: What tops the list?

With prices rising, you might feel tempted to head where the cost of living is lower. That’s largely going to be south of the Mason-Dixon line, in states like Texas and Alabama.

Here’s a look at the 10 cheapest places to live in the U.S., based on data from the Council for Community and Economic Research’s (C2ER) calculations of living expenses that Kiplinger compiled. The following list only includes metro areas with at least 50,000 residents, with the index accounting for prices for housing, groceries, utilities, transportation, health care, and miscellaneous goods and services.

On the whole, Arkansas “has one of the lowest cost of living metrics in America,” reports Entrepreneur, and Conway, Arkansas, is a standout for affordability with a cost of living 16.7 percent below the national average. Situated in the Little Rock-North Little Rock-Conway metro area, Conway is home base for tech companies including information technology firm Insight Enterprises, as well as three colleges that have earned it the nickname “The City of Colleges.”

Kiplinger notes that while “Conway’s median home value is among the highest on the list of the 25 cheapest U.S. cities, it’s still well below the U.S. median,” and the costs of groceries, transportation, and health care are reasonable.

Oklahoma City is not only the largest city in the Sooner State, with a population of 1.4 million and numerous big-city attractions, it’s also pretty affordable. The cost of living in Oklahoma City is 16.8 percent below U.S. average.

The city stands out for its affordable housing and rental costs, though health-care costs are higher than average and taxes are a bit of a mixed bag. Entrepreneur notes that “Oklahoma has no state income tax, offering significant savings for residents,” but it’s not particularly tax-friendly for middle-class families, per Kiplinger, though retirees might fare a bit better.

Mobile is described as a “Gulf Coast gem” by Kiplinger. Alongside a cost of living that’s 17.2 percent below U.S. average, Mobile boasts a distinctive culture thanks to its “colonial past and mixture of Creole, African, and Catholic heritage,” says Kiplinger. The city has art museums, dance, and music, and also offers job opportunities in industries like shipbuilding, health care, high tech, and engineering.

Joplin, Missouri, isn’t only the spot where infamous bank robbers Bonnie and Clyde hid out — it’s also a city with a low cost of living, at 17.5 percent below U.S. average to be exact. The city has a notable number of key employers, including two major hospitals and General Mills, Schaeffler Group, and Leggett & Platt. Cost-wise, the city rates well in housing, groceries, health care, and utilities.

Anniston, Alabama, has a cost of living 17.6 percent below the U.S. average, largely driven by housing costs that are 42 percent below the national average. Taxes are also reasonable in Alabama, though beware that utilities costs are less so.

According to Entrepreneur, “Kansas is one of the most affordable states in the U.S.,” and Topeka, the state’s capital, boasts its lowest cost of living, according to Kiplinger‘s rankings. The cost of living in Topeka is 19.4 percent below the national average, with housing costs, groceries, utilities, transportation, and health care costs all below national averages.

Alongside state government jobs, driving industries in this city with a suburban vibe include healthcare, retail, and manufacturing.

According to U.S. News & World Report, “Kalamazoo is as fun and quirky as its unusual name suggests” — and it’s cheap, to boot. This town, which has a vibrant arts and culture scene and is home to Western Michigan University, has a cost of living that’s 20.7 percent below the U.S. average.

Alongside the university, medical equipment maker Stryker and drug company Pfizer are two large local economic drivers. Still, it’s worth noting that, per Kiplinger, Michigan is “among the least tax-friendly states for middle-class families.”

Next up on the list is a Texas town located along the border. In McAllen, the cost of living is 21.8 percent below the U.S. average, though the poverty rate is also more than double both the Texas rate and the U.S. rate. Still, Kiplinger notes some bright spots: McAllen is “famous for bird watching because of its location on a major migration route” and it has an International Museum of Art & Science.

Housing costs here are 45 percent lower than the national average, and health-care and grocery costs are also well below average. With the summertime heat, however, utilities costs are a bit above average.

Ranking in second, Decatur, Illinois, boasts a cost of living 22 percent below the U.S. average. Though this is a smaller town, with a metro population just over 100,000, it’s situated in an area that’s an agricultural and manufacturing center. Construction and mining equipment maker Caterpillar has facilities there, and there’s also a sizable corn-processing plant owned by Tate & Lyle.

Notably low costs in Decatur include housing, health care, utilities, and transportation. Taxes, however, aren’t so cheap in Illinois.

Harlingen, Texas, clinches the title as the cheapest place to live in America, per Kiplinger. In this town situated on Texas’ southernmost tip, the cost of living is 24.4 percent below average in the U.S.

Agriculture is central to the local economy. Health care and telecommunications are growing industries in this city of around 423,000, though the poverty and unemployment rates remain high. Still, if it’s low prices you’re after, you’ll find them nearly across the board in Harlingen — the average home price is $182,500 less than the U.S. average and apartment rent is 45 percent lower than the national average.

Becca Stanek has worked as an editor and writer in the personal finance space since 2017. She has previously served as the managing editor for investing and savings content at LendingTree, an editor at SmartAsset and a staff writer for The Week. This article is in part based on information first published on The Week’s sister site, Kiplinger.com

With prices rising, you might feel tempted to head where the cost of living is lower. That’s largely going to be south of the Mason-Dixon line, in states like Texas and Alabama.  Here’s a look at the 10 cheapest places to live in the U.S., based on data from the Council for Community and Economic…

With prices rising, you might feel tempted to head where the cost of living is lower. That’s largely going to be south of the Mason-Dixon line, in states like Texas and Alabama.  Here’s a look at the 10 cheapest places to live in the U.S., based on data from the Council for Community and Economic…