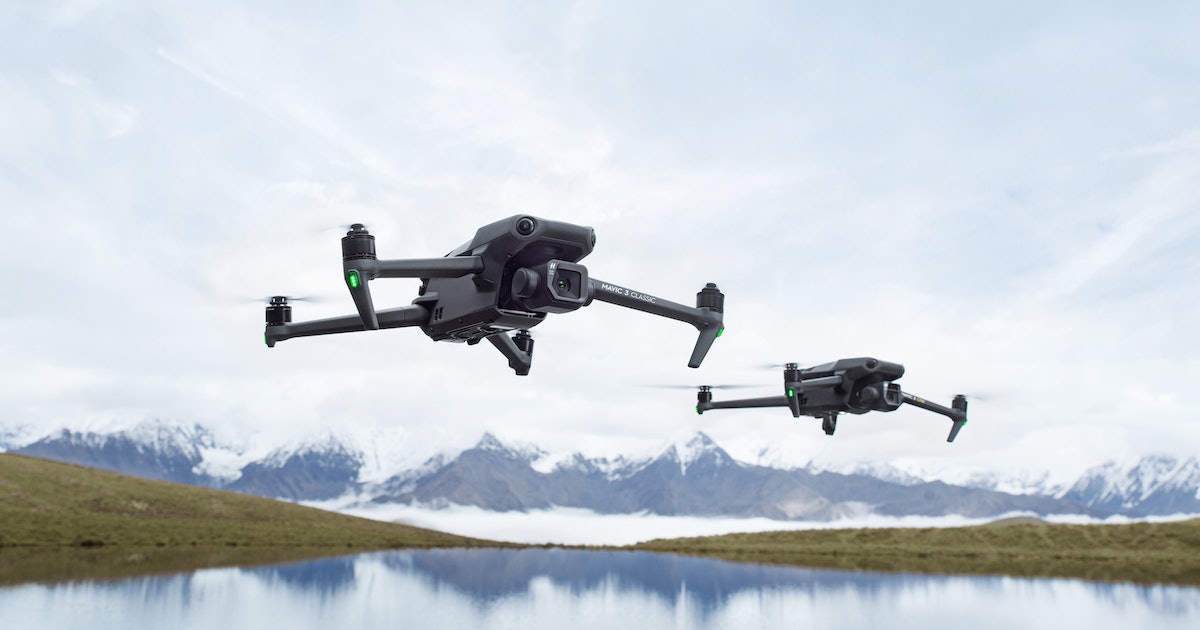 DJI is still the undisputed king of drones, for better or worse

When you’re looking into buying a drone, the first recommendation that comes up is most likely one from DJI.

And the second and third recommendations? Well, those are usually DJI, too. The Chinese drone maker has secured its spot as the market leader for consumer drones, especially after adding four products to its family this year. For reference, that’s more drones in one year than some competitors offer in their entire lineup.

Even if it seems like DJI is starting to trend toward offering too many products, each of its options fills a certain role. From its top-of-the-line Mavic 3 to the recently-released Mini 3, DJI seemingly built out a lineup that can fit any budget or need. The drones follow a tried-and-true formula of being easy to fly and offering solid and stable drone footage. It’s the same story this year with its new releases, which only helped DJI further its market dominance.

In this year alone, DJI released four drones including the Mavic 3 Classic which improves on its flagship drone’s design, the FPV-focused Avata, and two sub-249-gram drones, the Mini 3 Pro and Mini 3.

Looking at the types of drones DJI released in 2022, it’s clear the drone maker knows exactly what consumers want. While DJI’s previous mini drones were lightweight and portable, they didn’t have the responsive obstacle-detection features that made the Mavic 3 so easy to fly. Now we get the best of both worlds with the Mini 3 Pro.

Again, we can see that DJI is paying attention to the market with the Mavic 3 Classic coming in at a mid-tier price point while also removing the Mavic 3’s telephoto lens that often felt unnecessary. DJI even appealed to FPV drones with a more affordable and beginner-friendly version of its DJI FPV with the Avata.

With so many drones released, and 16 years of experience, DJI has settled on a successful formula. For the most part, DJI’s drones are easy to set up and fly, capture stable footage, and have solid obstacle-avoidance features. That’s all on top of DJI’s pre-programmed modes like QuickShots and MasterShots that give you professional-looking drone videos with the push of a button. This formula usually makes it the go-to pick for first-time drone users, who are then accustomed to DJI’s ecosystem.

DJI’s dominance hasn’t come without hiccups, though. The Shenzhen-based company saw its drones banned by the U.S. Army due to concerns about data-gathering capabilities. Shortly after that, the Department of Commerce added DJI to its blacklist due to human rights concerns, preventing American companies from doing business with the company. Even with these bumps, DJI is still far ahead of its competition.

Of course, the competition is still worth mentioning since they are all trying to differentiate themselves to get a slice of the consumer drone market. Skydio recently released its Skydio 2+, which goes all in on obstacle-avoidance technology, and Autel Robotics one-upped DJI with its Evo II Pro V3 that can capture up to 6K video, edging out DJI’s maximum of 5.1K video.

DJI may have the edge against the competition, but its extensive consumer product lineup could be its own downfall. Counting the four drones released this year, DJI sells nine different consumer drones. That’s not even factoring in the Phantom and Inspire drones that are meant for more professional photo and video uses.

DJI may be the first company that pops up when shopping for drones, but it could potentially lose customers who don’t want to waste time comparing the differences between each one. After all, the drones already look very similar and there are only slight differences when comparing certain products, like the DJI Air 2S and the Mavic Air 2 for example. If DJI continues its current pace with product releases, there may be too many drones to choose from in an already bloating family.

“We don’t believe our customers are getting confused,” a DJI spokesperson told Inverse, adding that all of the drone options instead provide people with “real choice.”

“We don’t believe our customers are getting confused.”

Even if there might be too many offerings, DJI’s formula is a tough one to beat and consumers in the market for a functional and affordable drone will be hard-pressed to find a sweeter deal.

We’ll likely see DJI maintain its spot at the top of the consumer drone market for a while. After all, it’s much easier to stay at the top if you’ve been there for this long.

When you’re looking into buying a drone, the first recommendation that comes up is most likely one from DJI. And the second and third recommendations? Well, those are usually DJI, too. The Chinese drone maker has secured its spot as the market leader for consumer drones, especially after adding four products to its family this…

When you’re looking into buying a drone, the first recommendation that comes up is most likely one from DJI. And the second and third recommendations? Well, those are usually DJI, too. The Chinese drone maker has secured its spot as the market leader for consumer drones, especially after adding four products to its family this…

The 10 most important space launches scheduled for 2023

This modular keyboard includes a dial and trackpad for peak productivity