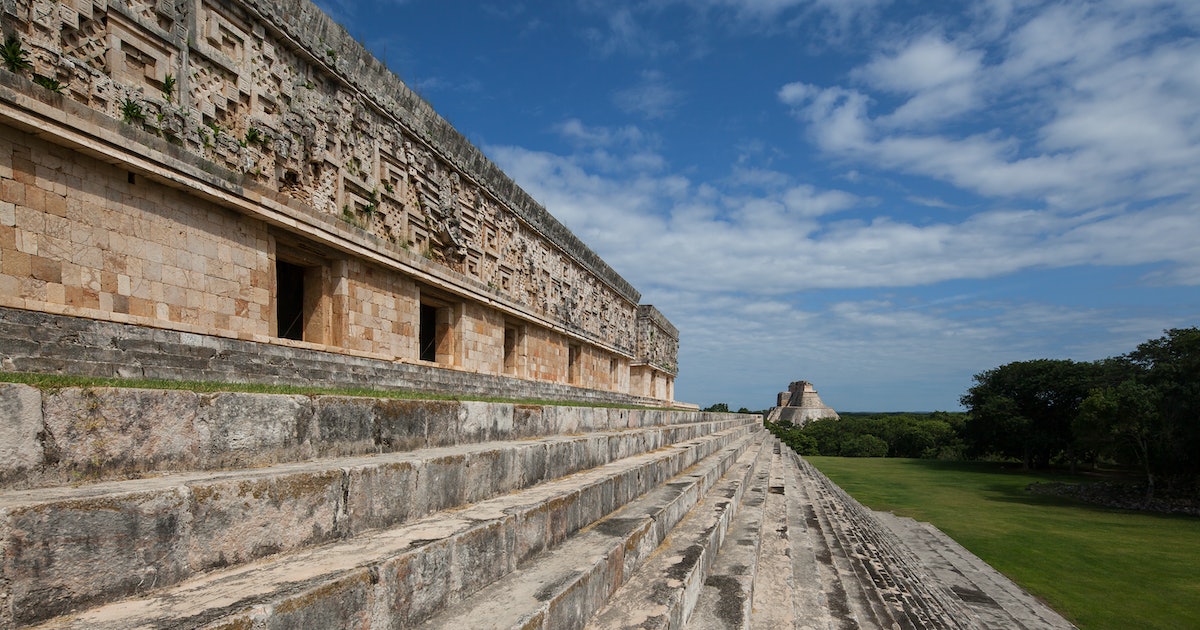 Pre-Columbian Mexico (or Mesoamerica) hosted one of the largest civilizations and populations in the world. The most well-known and dominant of these civilizations (prior to the arrival of the Conquistadors) were the Aztecs (or Mexica). Their empire, known as the Triple Alliance, was centered around Lake Texcoco and consisted of the major cities Tenochtitlan, Texcoco, and Tlacopan. In addition to engineering massive temples, aqueducts, canal systems, and estuaries, the Aztecs are renowned for being accomplished astronomers and agronomists.

At the height of their power, the Aztec Empire supported a population of up to 3 million in the Valley of Mexico, and many of their largest cities had populations exceeding 100,000. This was not easy, given that the region is characterized by arid springs followed by winter monsoons. According to recent research by the University of California Riverside (UCR), the Aztecs used mountain alignments as a solar observatory to create an accurate agricultural calendar. This allowed their farmers to produce enough food to feed one of the most densely-populated regions on Earth.

The study was led by Exequiel Ezcurra, a distinguished professor of ecology and conservationist with the Department of Botany and Plant Sciences and the leader of the Ezcurra Lab at UCR. He was joined by Paula Ezcurra, a Climate Resilience Fellow and the Science Program Manager of the Climate Science Alliance in San Diego, and independent filmmaker and photographer Ben Meissner. The paper that describes their findings recently appeared in the Proceedings of the National Academy of Sciences.

The background — The Valley of Mexico is a highlands plateau region that encompasses all of modern-day Mexico City and much of the eastern part of the state of Mexico. The region’s climate is characterized by arid springs and summers, followed by heavy rains in the winter. Feeding such a dense population required that farmers in Mesoamerica have an advanced understanding of when seasonal variations in weather would arrive and plant their crops accordingly. In addition, their calendars needed to adjust for fluctuations during the leap year to avoid crop failures.

While historians have documented how the Aztecs used their calendars to guide their agricultural practices, it was previously unknown how they achieved such accuracy.

What’s new — According to the study led by Ezcurra, the Aztecs used a solar observatory in the Sierra Nevada mountains in the valley and kept track of where the Sun rose throughout the year. Said Ezcurra in a recent UC Riverside statement:

“We concluded they must have stood at a single spot, looking eastwards from one day to another, to tell the time of year by watching the rising Sun. Our hypothesis is that they used the whole Valley of Mexico. Their working instrument was the Basin itself. When the Sun rose at a landmark point behind the Sierras, they knew it was time to start planting.”

The Aztecs and the Sun

The Aztecs and other Mesoamerican civilizations, the Maya and the Inca being two other well-known examples, were renowned for their observations of the Sun, Moon, and other celestial objects. The Aztecs were especially adept at tracking the motion of the Sun and the way it rises and sets at different points on the horizon depending on the time of year — a phenomenon known as “Solar declination.” This consists of the Sun rising towards the southeast in winter (and moving south of the celestial equator), then rising in the northeast during the summer, and moving north of the equator.

Ezcurra and his colleagues also believe that the Aztec observatory could serve a function in the modern world. By comparing old images of the Basin of Mexico to current ones, ecologists and naturalists can monitor how the forest has been slowly climbing up Mount Tlaloc for decades. Said Ezcurra, this is likely the result of increasing average temperatures in the valley:

Why it matters — While scholars have examined the Mexica people’s method of time-keeping for centuries, this study may be the first to demonstrate how they could keep time using the Sun and the geography of the Valley of Mexico as guiding landmarks. Though some may be familiar with the “Aztec calendar” (or the “Sun Stone”), this monument is not to be confused with the actual calendar of the Mexica. While it contains representations of the two calendars they maintained (the 365-day solar and the 260-day ceremonial calendar), the Stone is believed to have served a ceremonial purpose only.

What’s more, this latest research illustrates how ancient people in the Valley of Mexico relied on different methods to learn more about the natural world and the cosmos. “The same goals can be achieved in different ways. It can be difficult to see that sometimes. We don’t always need to rely solely on modern technology,” Ezcurra added. “The Aztecs were just as good or better as the Europeans at keeping time, using their own methods.”

Pre-Columbian Mexico (or Mesoamerica) hosted one of the largest civilizations and populations in the world. The most well-known and dominant of these civilizations (prior to the arrival of the Conquistadors) were the Aztecs (or Mexica). Their empire, known as the Triple Alliance, was centered around Lake Texcoco and consisted of the major cities Tenochtitlan, Texcoco,…

Pre-Columbian Mexico (or Mesoamerica) hosted one of the largest civilizations and populations in the world. The most well-known and dominant of these civilizations (prior to the arrival of the Conquistadors) were the Aztecs (or Mexica). Their empire, known as the Triple Alliance, was centered around Lake Texcoco and consisted of the major cities Tenochtitlan, Texcoco,…