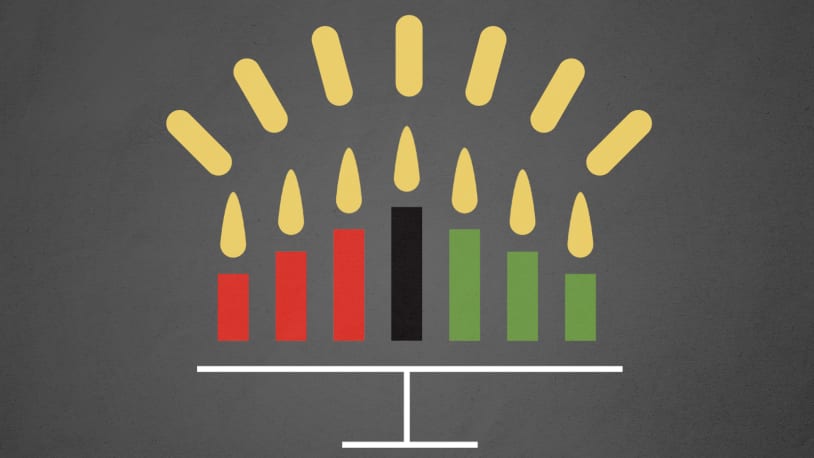 What is Kwanzaa? | The Week

Christmas may be over, but Kwanzaa is just beginning. Here’s everything you need to know about the weeklong celebration of familial and cultural reconnection:

Kwanzaa is an annual celebration of African-American families, pan-African families, and cultural history that runs from Dec. 26 to Jan. 1. The secular holiday was created in 1966 by Dr. Maulana Karenga, an acclaimed activist and professor of Africana studies. Karenga established the holiday in the wake of the 1964 Watts Riots in Los Angeles, California, which were spurred by frustrations over an abusive police force and overwhelming poverty. By creating Kwanzaa, Karenga hoped to rebuild the community and reaffirm pride in the typically-sidelined Black culture.

Karenga says the name Kwanzaa is derived from the Swahili phrase matunda ya kwanza, meaning “first fruits.” When developing the holiday and its community-focused traditions, Karenga drew inspiration from African harvest festivals, “in which communities came together to celebrate the fruits of their collective labor,” per National Geographic.

Kwanzaa was initially pegged as an alternative to Christmas, which Karenga believed “stood in the way of Black cultural advancement,” historian Keith Mayes wrote in his book, Kwanzaa: Black Power and the Making of the African-American Holiday Tradition. But as the holiday gained popularity in the 1980s and 1990s, Karenga relaxed his stance so as to avoid alienating religious Black people. “Kwanzaa was not created to give people an alternative to their own religion or religious holiday,” Karenga said in his 1997 book, Kwanzaa: A Celebration of Family, Community, and Culture.

In 1993, former President Bill Clinton was the first to issue a presidential Kwanzaa greeting, saying: “At a time when we are seeking ways to revitalize our neighborhoods and empower those who have been powerless for too long, Kwanzaa encourages us to rebuild and gives us the opportunity to celebrate the strengths of the African-American community.” Every president since has followed Clinton’s lead and issued a greeting to mark the celebration of Kwanzaa.

What are the seven core principles of Kwanzaa?

The rituals and celebrations of Kwanzaa follow seven communitarian principles known as the Nguzo Saba. Each day of the weeklong celebration is dedicated to reflecting on one of these principles.

“[The principles] teach us that this is our duty to know our past and honor it; to engage our present and improve it; and to imagine a whole new future and to forge it in the most ethical, effective, and expansive ways,” Karenga told Women’s Health magazine.

The seven principles of the Nguzo Saba are as follows, per the official Kwanzaa website:

How is Kwanzaa celebrated?

Celebrations begin with the traditional greeting of “Habari gani?” or “What’s happening?”, the answer to which is the name of that day’s core principle. Such greetings “are to reinforce awareness of and commitment to” the Nguzo Saba, per the official Kwanzaa site.

Kwanzaa celebrants also decorate a table in their homes with items that symbolize the heart of the holiday, per National Geographic. These symbols include things like fruits and vegetables to represent the “rewards of productive and collective labor,” as well as ears of corn to represent “our children and our future which they embody.” The items are arranged on a straw mat, called a mkeka, along with the kikombe cha umoja, or unity cup, and a kinara, the traditional candle holder.

The official colors of Kwanzaa are black, red, and green: “black for the people, red for their struggle, and green for the future and hope that comes from their struggle,” per the official Kwanzaa website. The kinara is used to hold seven candles — known as the mishumaa saba — that represent the holiday’s central seven principles. A black candle is placed in the middle, with three candles of the two remaining colors on either side. One candle is lit each day of the celebration, beginning with the black one in the center. Those that are left are lit from left to right over the rest of the week. The candle-lighting order is “to indicate that the people come first, then the struggle, and then the hope that comes from the struggle.”

On the penultimate or final day of Kwanzaa, celebrants gather for a banquet known as a karamu. The meal typically features traditional African, Caribbean, or African-American dishes. The feast is also where children are commonly given small gifts, or zawadi. Kwanzaa marks a time for them to celebrate their renewed commitment to personal growth in the upcoming year.

‘Once in a generation’ winter storm disrupts holiday travel